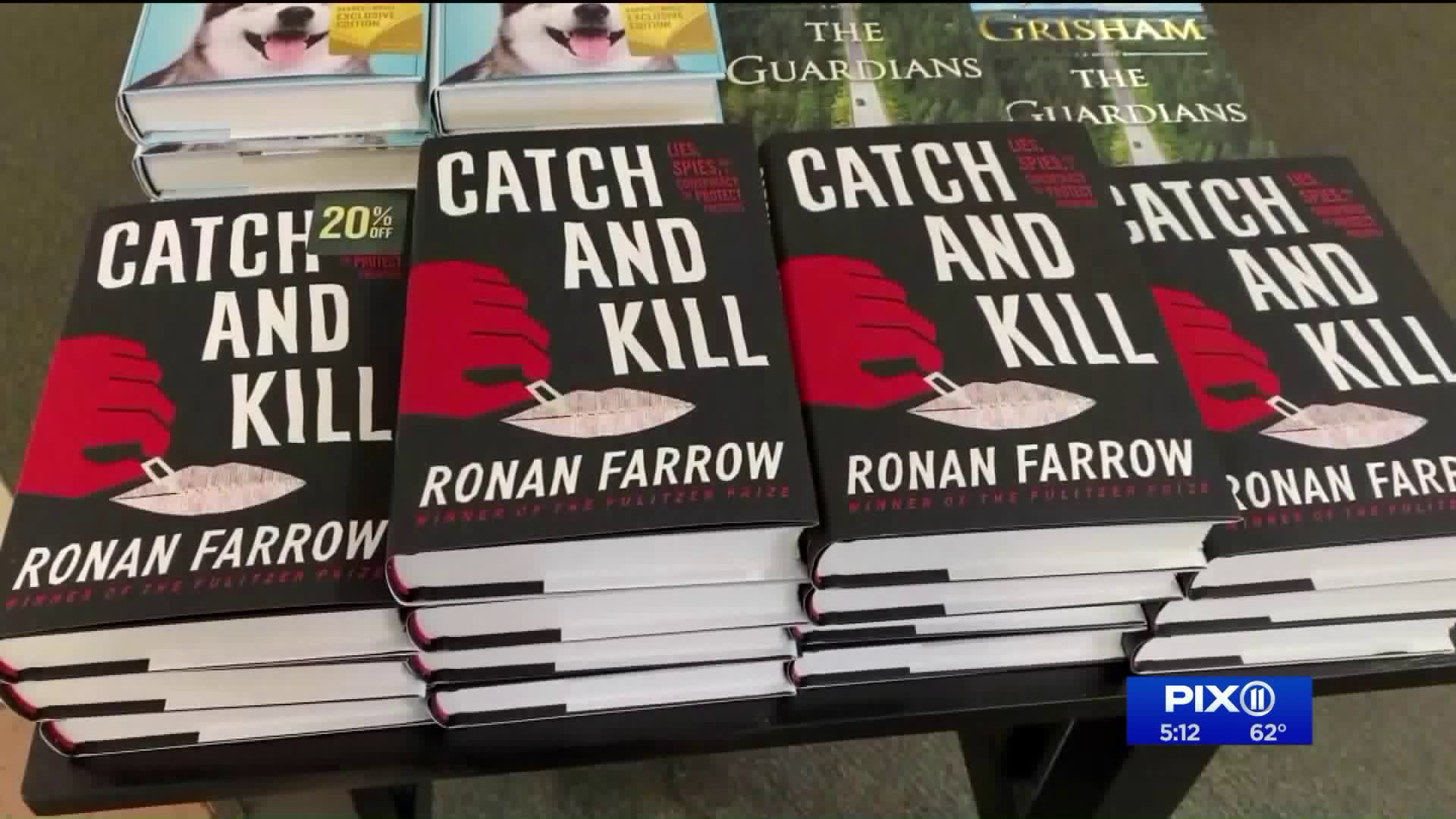 NEW YORK — It's been 2 years since #MeToo went viral. Women hiding in the shadows came forward. Powerful men began to be held accountable for sexual harassment and assault.

And on this anniversary, a new book is out. It talks about the people and institutions that allegedly protected the abusers.

Ronan Farrow's "Catch and Kill" hit store shelves Tuesday. It's not only a look at his reporting on Harvey Weinstein and Matt Lauer, but the lengths at which, he said, his bosses at NBC attempted to squash his reporting.

Sonia Ossorio is the president of the New York chapter of the National Organization for Women.

"We have identified the serial predators who are rich and powerful. There are thousands more out there. And the people who allow it to happen, particularly in workplaces or places of worship, putting the spotlight on them, that's the next phase of 'Me Too,'" she said.

According to the National Organization for Women, nearly half of all working women say they have experienced sexual harassment at their jobs.

Retired New Yorker Erica Smith said she has watched as the #MeToo movement take off.

"It's just starting. It's just an eye opener at this point but it's got a long way to go," she said.

Smith has "Catch and Kill" on her list of books she wants to read. She said she is optimistic the workplace of the future is better than the one she knew.

"I hope so. I have 2 granddaughters right now," she said, and hopes by the time, "they are grown up things, will be very different."

#MeToo's founder, Tarana Burke, launched a new hashtag Tuesday: #MeTooVoter. She and other activists said they want issues of sexual violence and harassment talked about in the 2020 election.