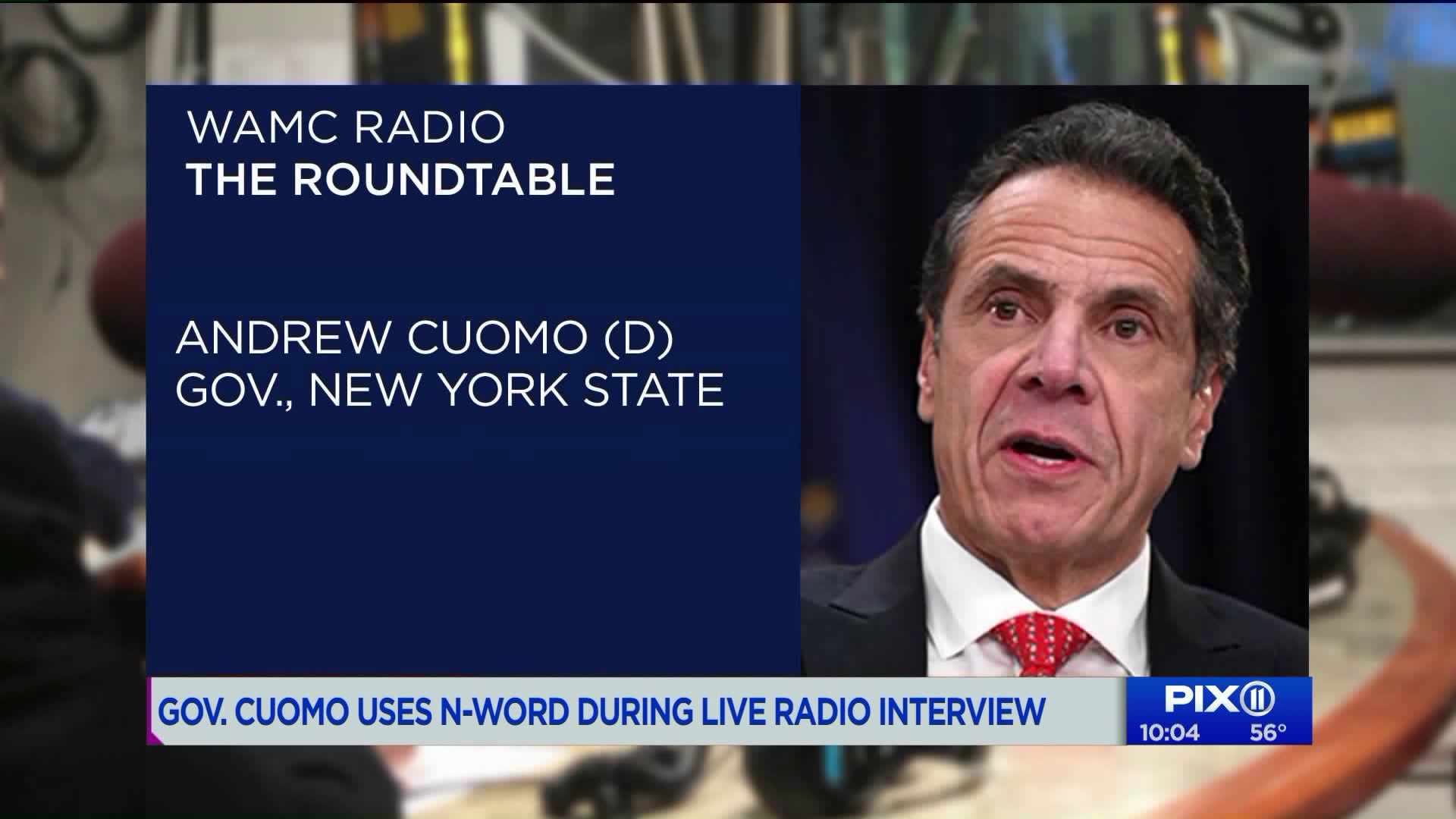 New York Gov. Andrew Cuomo on Tuesday used the "n-word" during a discussion about derogatory comments about Italian-Americans.

New York Gov. Andrew Cuomo on Tuesday used the "n-word" during a discussion about derogatory comments about Italian-Americans.

Cuomo, a Democrat, had been discussing racial slurs and stereotypes used toward Italian-Americans and African Americans during a live radio interview with WAMC, quoted the racist term which is spelled out in a New York Times article entitled "How Italians Became 'White'" that was published on Saturday.

"They used an expression, that Southern Italians were called, I believe they were saying Southern Italian Sicilians, were called quote on quote, and pardon my language, but I'm just quoting the Times, 'n***** wops,' 'n-word wops,' as a derogatory comment," he said.

"When I said that 'wop' was a derogatory comment, that's when the Times Union told me, 'No, you should look in Wikipedia. Wop really meant a dandy,'" he said chuckling. "I'm sure that's what they were saying to me back in Queens. You're a dandy when they looked at me with scorn and gave me a hand gesture and called me wop. So that's The New York Times."

CNN has reached out to Cuomo's office for comment.

The remark comes a day after he promised to work with groups to build a statue honoring Mother Cabrini, an Italian-born nun. Cuomo was criticized last year for suggesting that Jewish people can't dance during his Palm Sunday remarks at a Baptist church in Harlem, New York.