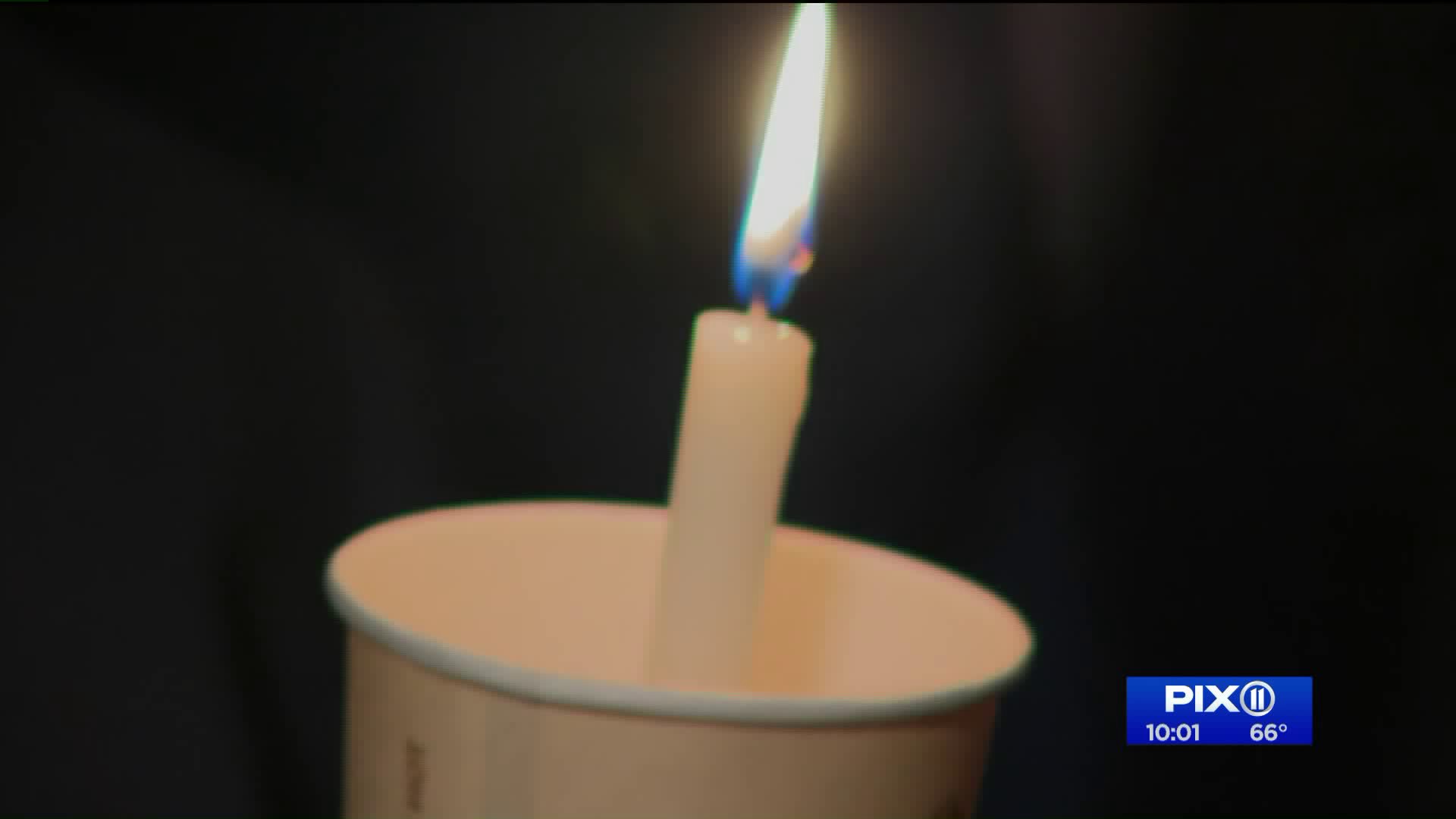 A call to put down the guns after the shooting over the weekend, as investigators are pouring over the evidence.

CROWN HEIGHTS, Brooklyn — A community in mourning gathered on the corner of Utica Avenue and Pacific Street in Crown Heights,  where over the weekend four people were killed inside the Triple A Aces catering hall, which police are calling an illegal gambling den.

“We’re not going to normalize violence,” said Brooklyn Borough President Eric Adams. “Every time we come out like this we are saying we won’t accept the violence”

Elected officials, along with community leaders lit candles and gathered in prayer to remember the victims.

Natasha Christopher lost her son to gun violence. She came to the vigil to show her solidarity.

“I’m here again because of the family,” said Christopher. “No family should have to bury their loved one. I will be here to support the families”

Among the victims from Saturday's shooting is 32-year-old John Thomas. Tia Floyd was a close friend.

The three other people who were killed have been identified as:

Police are investigating whether the shooting was over a gambling dispute or if it was a robbery.