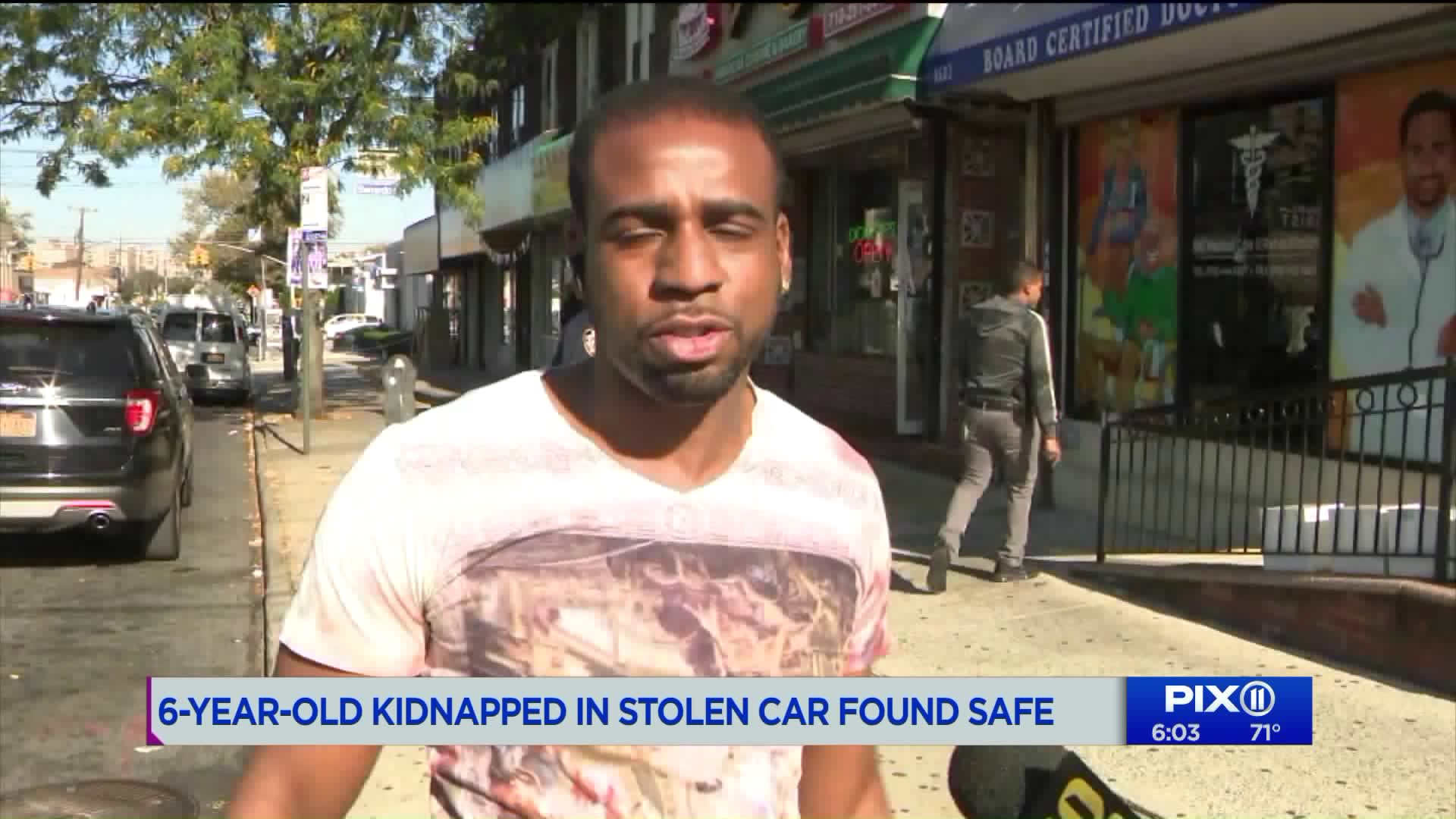 A 6-year-old boy who was taken inside a stolen vehicle has been found in Brooklyn.

CANARSIE, Brooklyn — A 6-year-old boy who was taken inside a stolen vehicle has been found safe in Brooklyn after two hours on the road alone with the kidnapper and thief.

The SUV, with the boy inside it, was left around 3:00 p.m. at the intersection of Georgia Avenue and Linden Avenue. The suspect, who stole the car with the child in it, is still on the loose.

Police came out in force, minutes after receiving a 911 call around 1:00 p.m. The NYPD deployed its helicopter, as well as dozens of officers and detectives.

The local NYPD precinct, the 69th, put out an alert on Twitter for anyone who’d seen 6 year-old Ronald Mowatt.

Surveillance video from East 96th Street and Avenue L, where the theft occurred, shows the the driver of the white Acura MDX got out, and headed across the street to a plumbing supply store. He actually passed the man who police believe is the car thief.

That man, about a minute later, is seen on the video approaching the SUV. He sees the windows down, and the engine on, and gets in and drives away, even though the six year-old is inside. Twelve seconds later, the owner of the vehicle, the boy's uncle, comes back out, and realizes that his SUV is gone.

“He was hysterical,” said Chris Mills, an eyewitness. “Concerned like.”

About two hours after the vehicle went missing, the police gave the uncle, whose name was not released, good news -- his nephew was found safe and sound less than two miles away.

“I’m just happy that we could get him,” the uncle told PIX11 News. “I appreciate everyone in the NYPD getting him back. I just want to get to my nephew.”

Minutes later, near the intersection of Georgia and Linden Avenues, there was a reunion, in an ambulance brought to the scene to check little Ronald out.

Rev. Cecil Moonsam, a volunteer chaplain with the NYPD, who had joined the search also expressed relief at the outcome, but added a word of advice.

“Every driver needs to learn” the chaplain said, “not to leave their children in the car when they step out.”

Police ask that anyone with any information about the car theft suspect contact Crime Stoppers at 800-577-TIPS (8477).

BREAKING — @NYPDMissing Persons detectives are among the many police at the scene in Canarsie where a man stole an SUV with a 6 year-old in the back seat. White Acura MDX with GA license plate RLB 3556. pic.twitter.com/TSaOZVvluQ