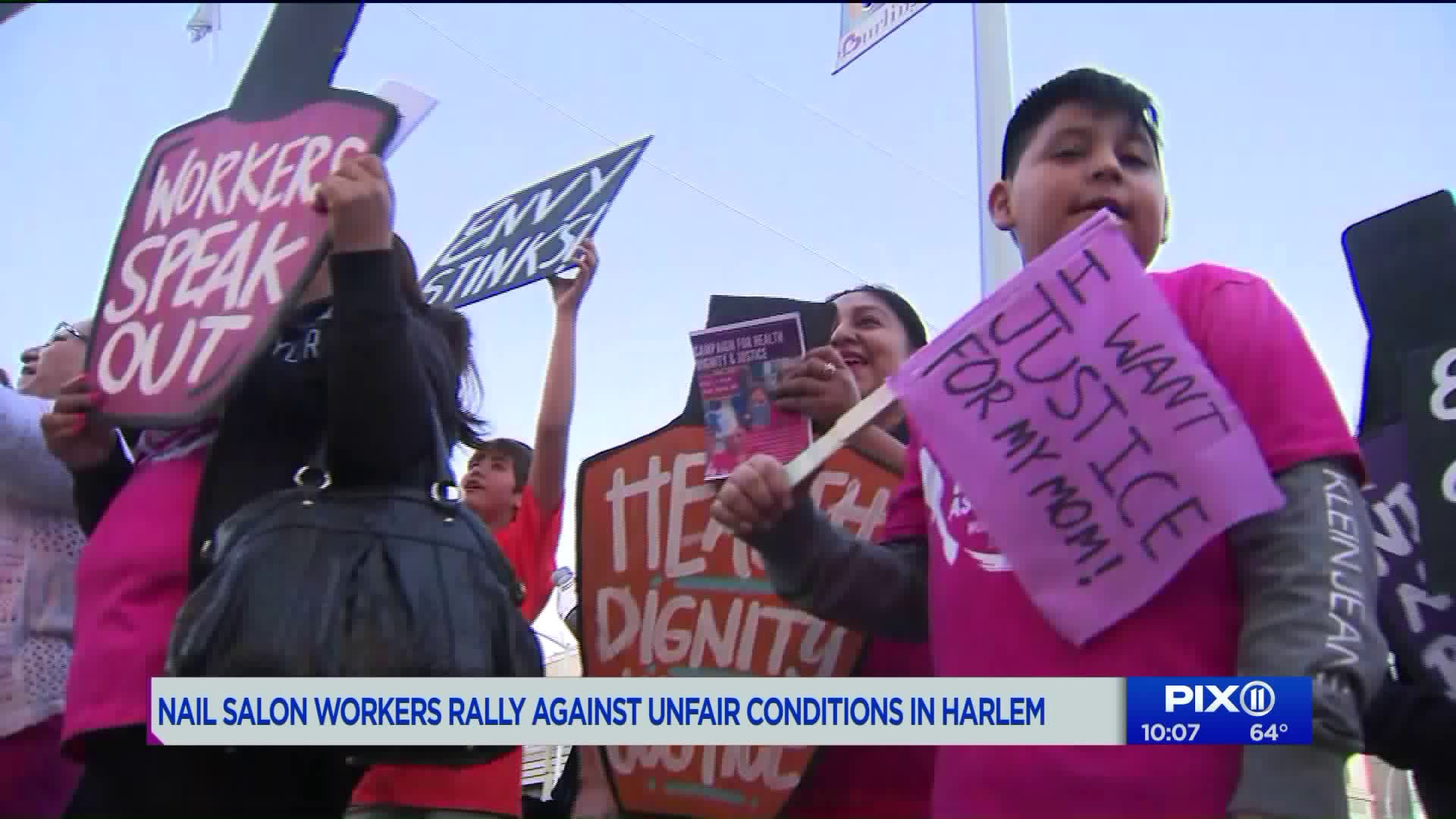 The nail salon industry is booming and there are over 4,000 salons here in New York City alone but advocates say the forgotten people are the workers.

HARLEM — The nail salon industry is booming and there are over 4,000 salons here in New York City alone but advocates say the forgotten people are the workers.

Dozens of nail salon workers held a protest this evening in Marcus Garvey Park. After the rally, they took to the streets and marched to a nearby salon.

They chanted and held signs calling for health, dignity, justice and respect.

The mostly Spanish-speaking protestors participated in the rally organized by the New York Nail Salon Workers Association and the union Workers United.

“One of the demands the workers are talking about is respecting their right to organize,” said Luis Gomez, with Workers United.

The vast majority of nail salon workers are immigrant women from Latin American and Asia. They say they work long hours on low wages, are often exposed to chemicals in nail polish without proper protection and many are suffering from health conditions as a result.

“I was working with harsh chemicals however I didn’t know it was my right to demand to have the necessary protection,” said a woman who would only be identified by her first name, Maria.

After a rally in Marcus Garvey Park, they marched to Envy Nails — one of the City’s largest salon chains with two dozen locations. Envy employees complain about the failure of owners to provide masks and gloves and the lack of break times, forcing workers to eat at their stations.

Yanelia Ramirez has worked for Envy for 10 years. She spoke with us through a translator.

“The things we’re worried about is exposure to toxic chemicals and developing things like cancer and skin allergies,” said Ramirez.

PIX11 has been unable to get a comment from Envy. Advocates for the salon employees say while Envy is emblematic of the problems, the same problems are widespread throughout the industry.

The workers and their advocates are calling on Gov. Cuomo and the State to regulate these salons and protect nail technicians.