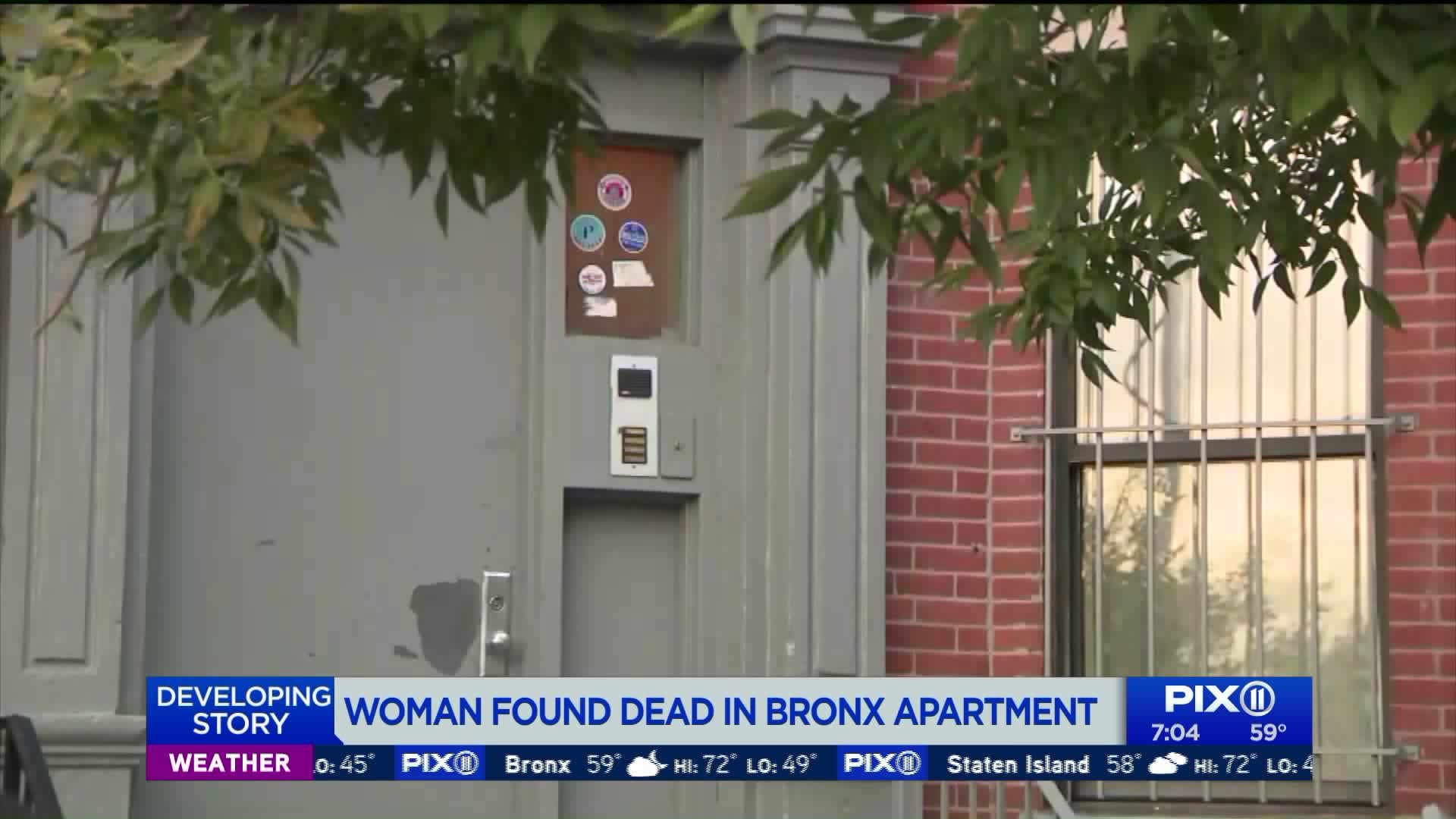 Police are investigating after a woman was found dead inside her Bronx apartment with her two children calling out for help.

BELMONT, the Bronx — Police are investigating after a mother was found dead and badly bruised in a Bronx apartment Sunday morning, while two of her young children were in the home, according to authorities.

Police responded to a 911 call around 8 a.m. and discovered 40-year-old Luz Perez unconscious and unresponsive in a ground-floor apartment near East 187th Street and Bathgate Avenue in the Belmont section of the Bronx, officials said.

Police stand outside of a Bronx apartment building where a 40-year-old mother was found dead with head and body injuries on Sunday, October 13, 2019. (PIX11 News)

According to police, Perez was badly bruised around her body.

Authorities said a 5-year-old boy and a 2-year-old girl were also found, unharmed, in the apartment. No signs of forced entry was evident, according to police.

Family on the scene told PIX11 News that Perez was a mother of six. The NYPD could not confirm this information.

EMS responded and pronounced the woman dead at the scene, police said. The medical examiner will determine the cause of death.

There are no arrests at this time and the investigation is ongoing, officials said.

Editor's note: This story has been updated with the injuries the woman sustained.