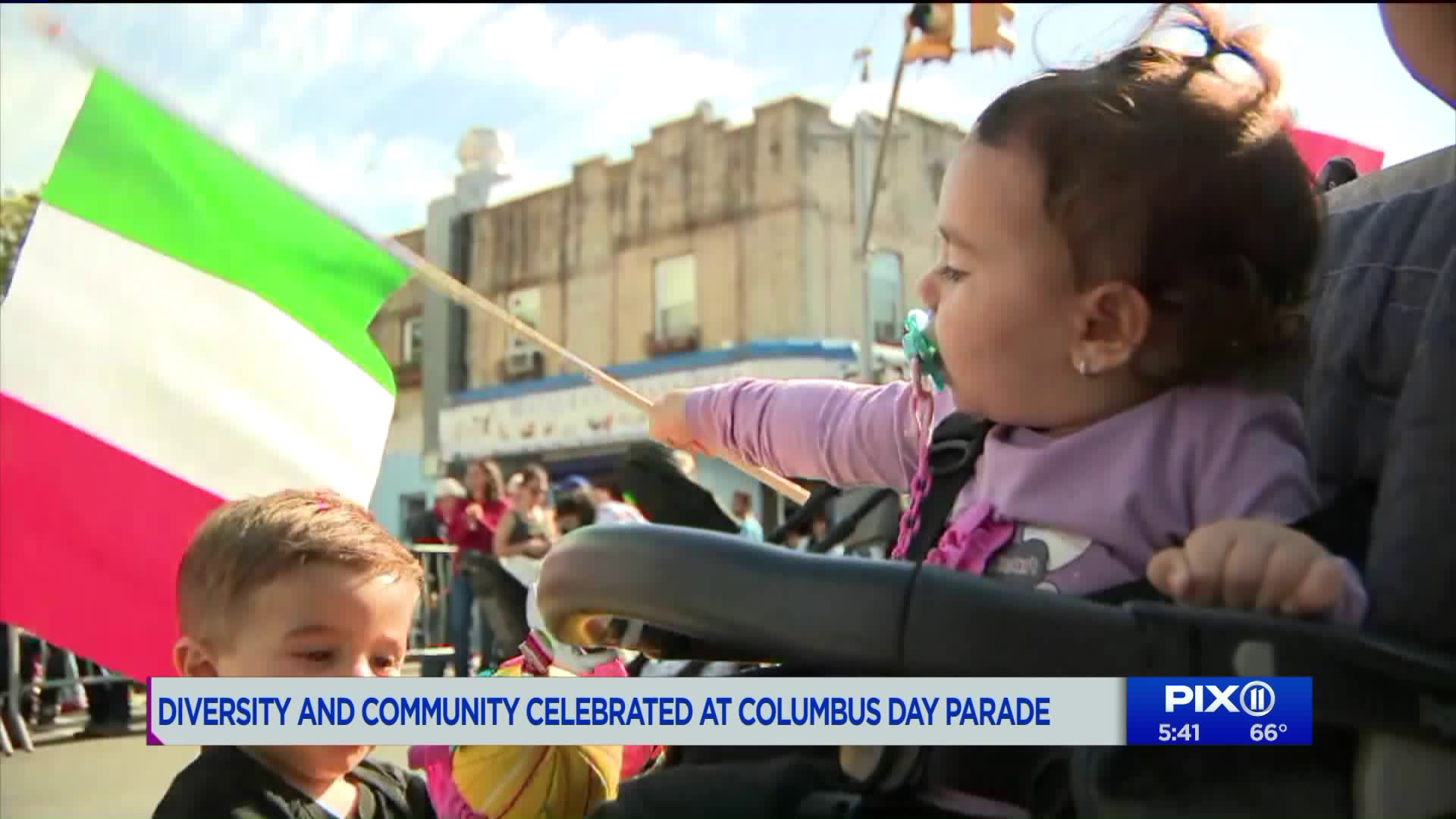 BENSONHURST, Brooklyn — A sea of red, white and green could be seen along 18th Avenue in Brooklyn on Saturday as the borough held its annual Columbus Day Parade, just two days ahead of the federal holiday.

The holiday might honor the 15th century explorer but the celebration and parade honor everything Italian-Americans have contributed to the U.S. over the years.

The parade, organized annually by the Federation of Italian-American Organizations of Brooklyn, is now in its 38th year.

"It's getting bigger and bigger, and it's more participatory,”  Jack Spatola, President of FIAO Brooklyn told PIX11 News.

The Columbus Day Parade is also a chance for new and old residents to celebrate together.

Just as South Brooklyn has become more diverse, so has this parade, with huge contributions from hispanic residents, the Georgian Cultural Center and the United Chinese Association of Brooklyn.

"It means a lot to me. I was born in Brooklyn, in Bensonhurst, in this neighborhood," Anny Peng of New York Music and Dance said. "So, happy Columbus Day. I love that the neighborhood is welcoming us, embracing all cultures, particularly Chinese culture," she added.

Parade organizers proudly point out the new Italian-American Cultural Center at the end of the parade route, which is open to everyone in this neighborhood, just like this parade.

"We welcome everybody," FIAO board member John Mazzola said. "We help you with your citizenship, we help all immigrants, no matter who you are," he added.

The celebration kicked off at 1 p.m. Saturday, at the corner of 61st Street and 18th Avenue in Bensonhurst, traveled down 18th Avenue, and ended at Benson Avenue.