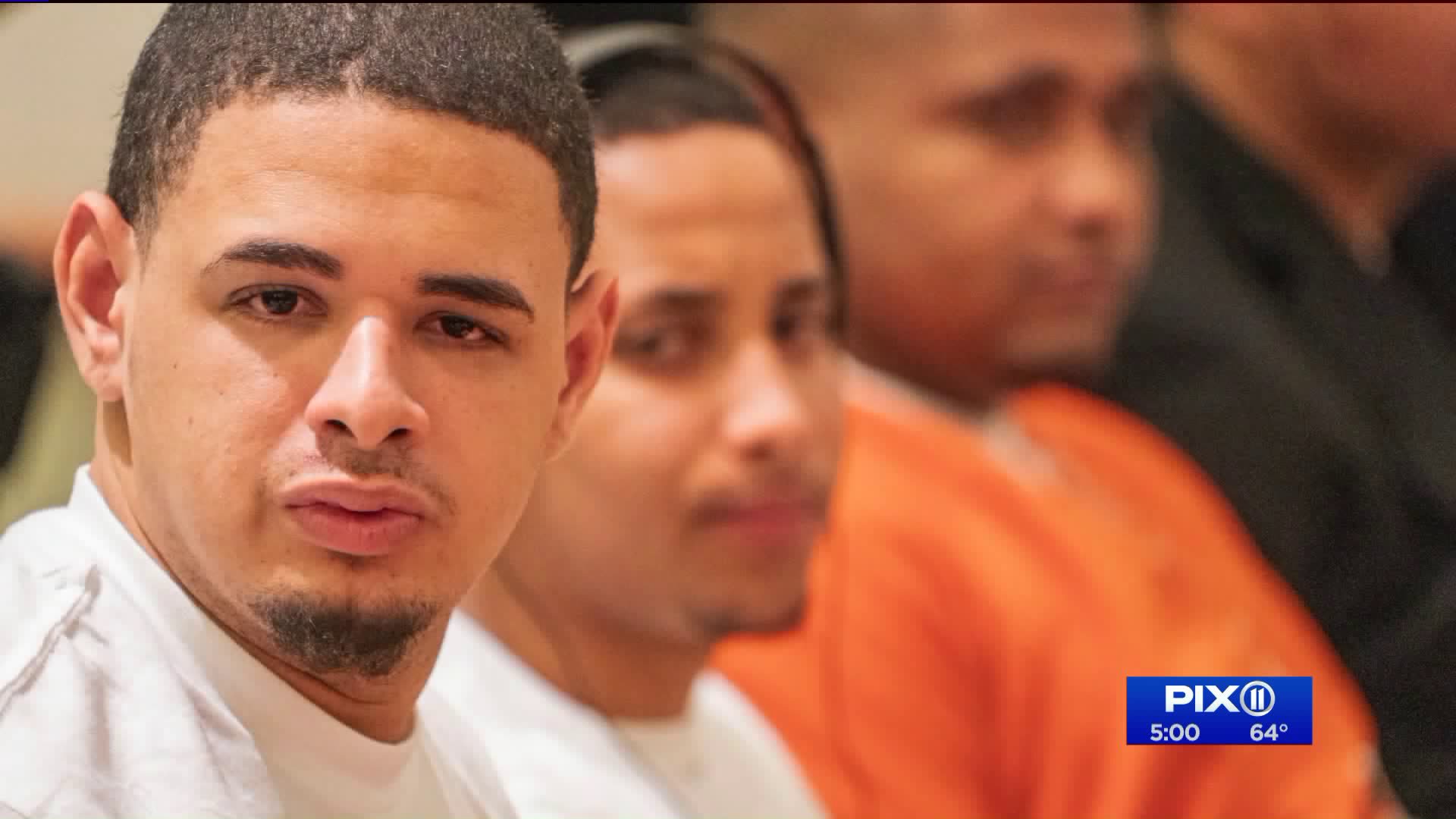 Justice for "Junior" arrived Friday in the form of five prison sentences, each with the possibility of life behind bars, for Trinitarios gang members convicted in the vicious slaying of Bronx teen Lesandro "Junior" Guzman-Feliz.

THE BRONX — Justice for "Junior" arrived Friday in the form of five prison sentences, each with the possibility of life behind bars, for Trinitarios gang members convicted in the vicious slaying of Bronx teen Lesandro "Junior" Guzman-Feliz.

Jonaiki Martinez Estrella, who caused Guzman-Feliz's fatal wound when he plunged a knife into the 15-year-old's neck in June 2018, got life without parole. He was dubbed the “executioner" by Judge Robert Neary, who added that Martinez Estrella was  “cowardly” and wanted to be a “big shot” in the gang.

The story didn't end there for Martinez Estrella. A 1-inch sharpened object was found in his shoe as he left jail for court on Friday, a prosecutor told PIX11 reporter Mary Murphy.

Another high-profile actor in the case was Jose Muniz, who was sentenced to 25 years to life with the chance of parole.

In court, Muniz and his attorney attempted to shed new light on the events leading up to Guzman-Feliz's murder. Though he asked for forgiveness in court, Muniz revealed what he claimed was the motive for the vicious attack — implying that Guzman-Feliz was present when a friend, Carlos Cabral, was shot near the eye.

Martinez Estrella also offered up his own brand of defense, blaming alcohol and drugs for his behavior, and saying, “I feel bad about the way this kid died. It was not my intention to cause the death of this kid."

In court, Hernandez Santiago's mother and relatives started screaming, "My son didn't kill him!" before they were removed by court officers.

As they were escorted out, they continued screaming about his innocence, saying "This isn't 'justice for Junior,' this is justice from hell."

Guzman-Feliz's mother, Leandra Feliz, spoke about the sentences outside the courthouse after they were handed down.

"My son was a good kid," she said.  "He was an innocent kid...They have what they deserve," she said of the five convicted in her son's death.

A total of 15 men were charged in connection with the teen’s fatal stabbing on a bodega sidewalk, including two who became cooperating witnesses in the prosecution case.

Frederick Then, Ronald Urena, Jose Tavarez, Danel Fernandez, Gabriel Ramirez Concepcion, Danilo Payamps Pacheco and Luis Caberasantos will also be facing trial for second-degree murder, although their cases may not be heard until 2020.

When the five men were found guilty in June, Guzman-Feliz’s mother said the violence needs to stop. “I'm not going to have my son back but those killers, those murderers are not going to be outside killing other kids.”

Guzman-Feliz’s death drew national attention — #JusticeForJunior became a rallying cry for New Yorkers and people around the world as they demanded justice for the teen after his death.

The men convicted of first-degree murder in Lesandro "Junior" Guzman Feliz's death are seen. The teen was killed on June 20, 2018.