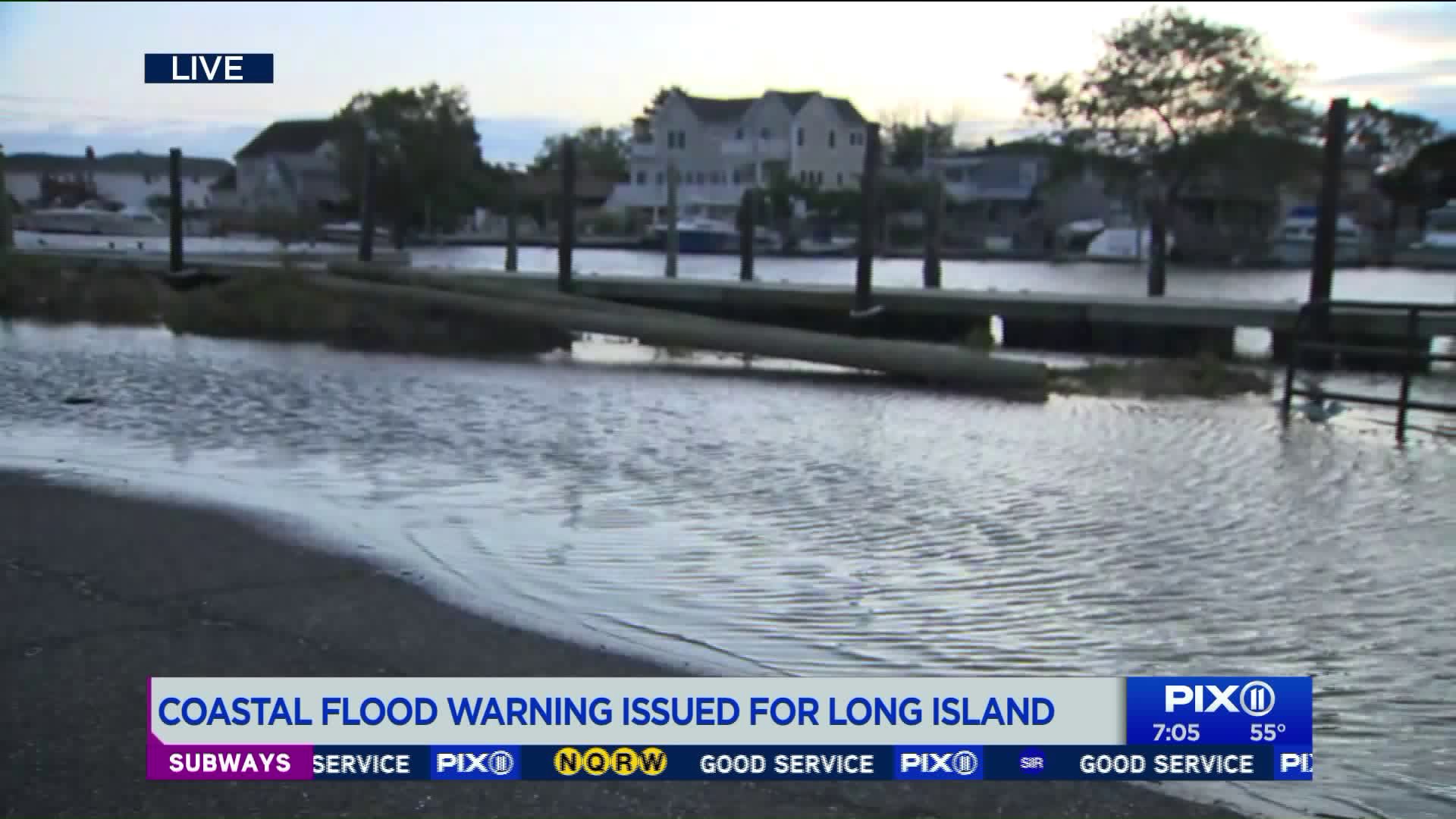 A coastal flood warning has been issued for parts of Long Island and the New Jersey coast as a fall nor`easter spins off the East Coast.

NEW YORK — A coastal flood warning has been issued for parts of Long Island and the New Jersey coast as a fall nor’easter spins off the East Coast.

The warning is in effect through midnight Saturday for the south shore of Nassau and Suffolk counties on Long Island.

Expect tides to rise from two to four feet above normal, causing significant flooding of roads and buildings along the shoreline, according to the National Weather Service.

Numerous roads may become impassable during times of high tide.

A canal overflows into a parking lot in Freeport, Long Island and we aren’t even at high tide yet. Coastal flood warning until noon today. @PIXweather @PIX11News pic.twitter.com/IJoUxMvrB8

A coastal flood warning is also in effect for Middlesex, Monmouth and Ocean counties along the New Jersey Shore. Tides are expected to rise one to two feed above normal.

This will cause moderate flooding of roads along the New Jersey shoreline.

A coastal flood advisory is in effect until 1 p.m. for parts of Connecticut, New York City and southern Westchester County. Brief minor coastal flooding is expected in the most vulnerable locations.

The holiday weekend looks pretty good overall. Expect a mix of sun and clouds on Saturday with highs in the mid 60s. A weakening cold front could push through the region bringing in a slight chance of a shower Saturday night into Sunday. Much of Sunday itself looks fine with partly to mostly sunny skies. Highs will be in the upper 60s. Columbus Day will feature a lot of sunshine with high pressure in place. Temperatures will be near 70 degrees.