Move over Silicon Valley: Silicon Harlem is creating a technological renaissance in Harlem 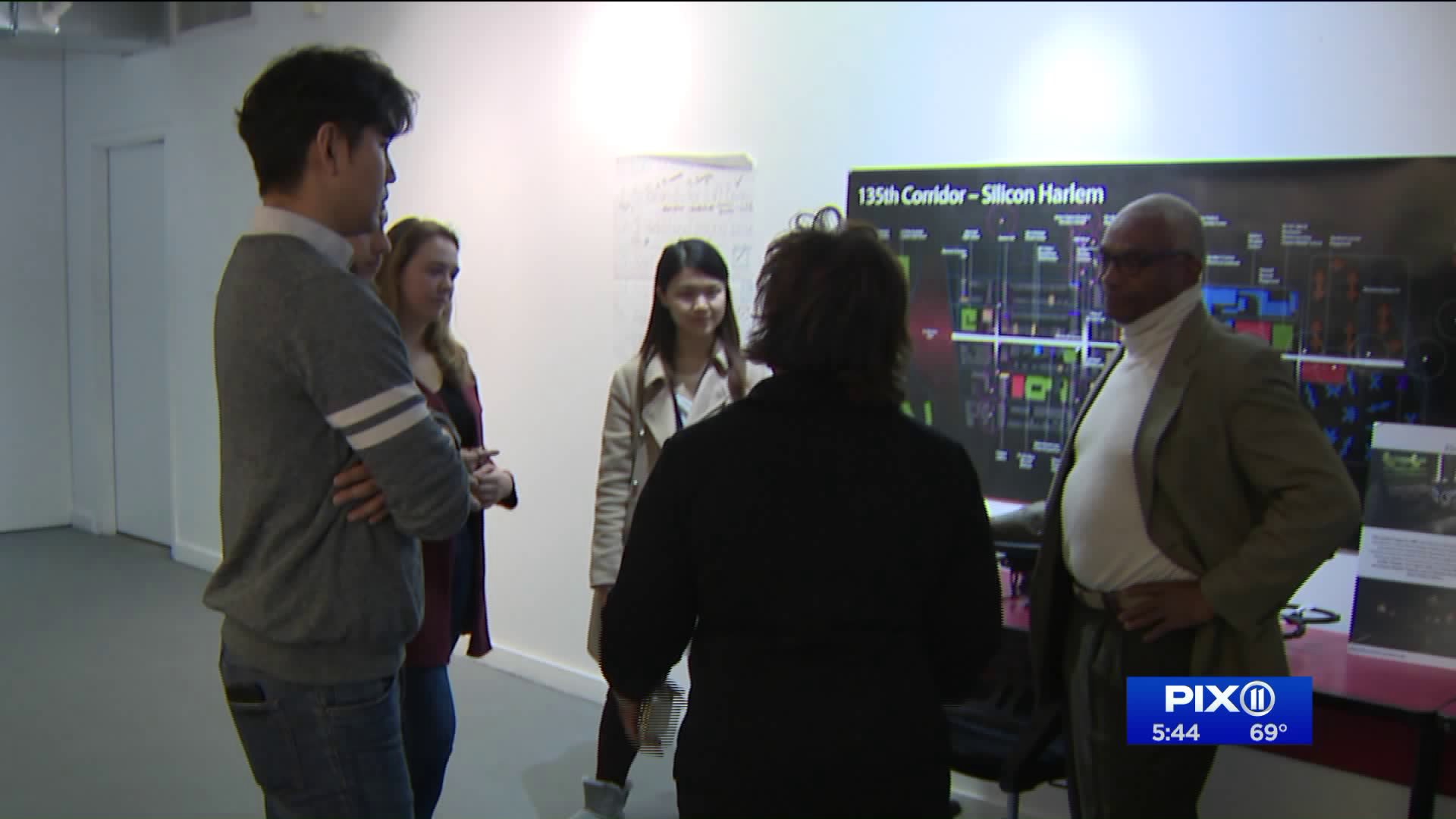 Silicon Harlem is a tech hub right off of Fredrick Douglass Boulevard. CEO Clayton Banks says it first opened its doors in 2013. Right now, Banks says there is a new wave of technological expansion going on in Harlem.

CEO Clayton Banks says it first opened its doors in 2013. Right now, Banks says there is a new wave of technological expansion going on in Harlem.

“We wanted a space for people to come in explore, try and get access and exposure that they perhaps would have never received,” he said.

“We’ve got gold in Harlem we’ve always had it here we just haven’t treated it well,” said Assemblymember Al Taylor.

It’s a walk-in innovation center where CEOs can mingle moms and learn how to create their own websites and launch their own companies.

“As someone who is above 21, I realize I don’t want to get left behind,” said Roxanne Banks.

Clayton Banks says making broadband available to everybody is also a big push. It's especially huge in the New York City Housing Authority.

It started with the Saint Nicholas houses this past summer.

“Silicon Harlem literally put a program at St. Nicholas housing to help young people learn how to code their own website,” the Silicon Harlem CEO said.

There is also a program called Smart City Smart Community Initiative. Harlem will be leading the way for other cities. There's also a technology conference called the 6th Annual Next Gen Tech Conference on Oct. 18.