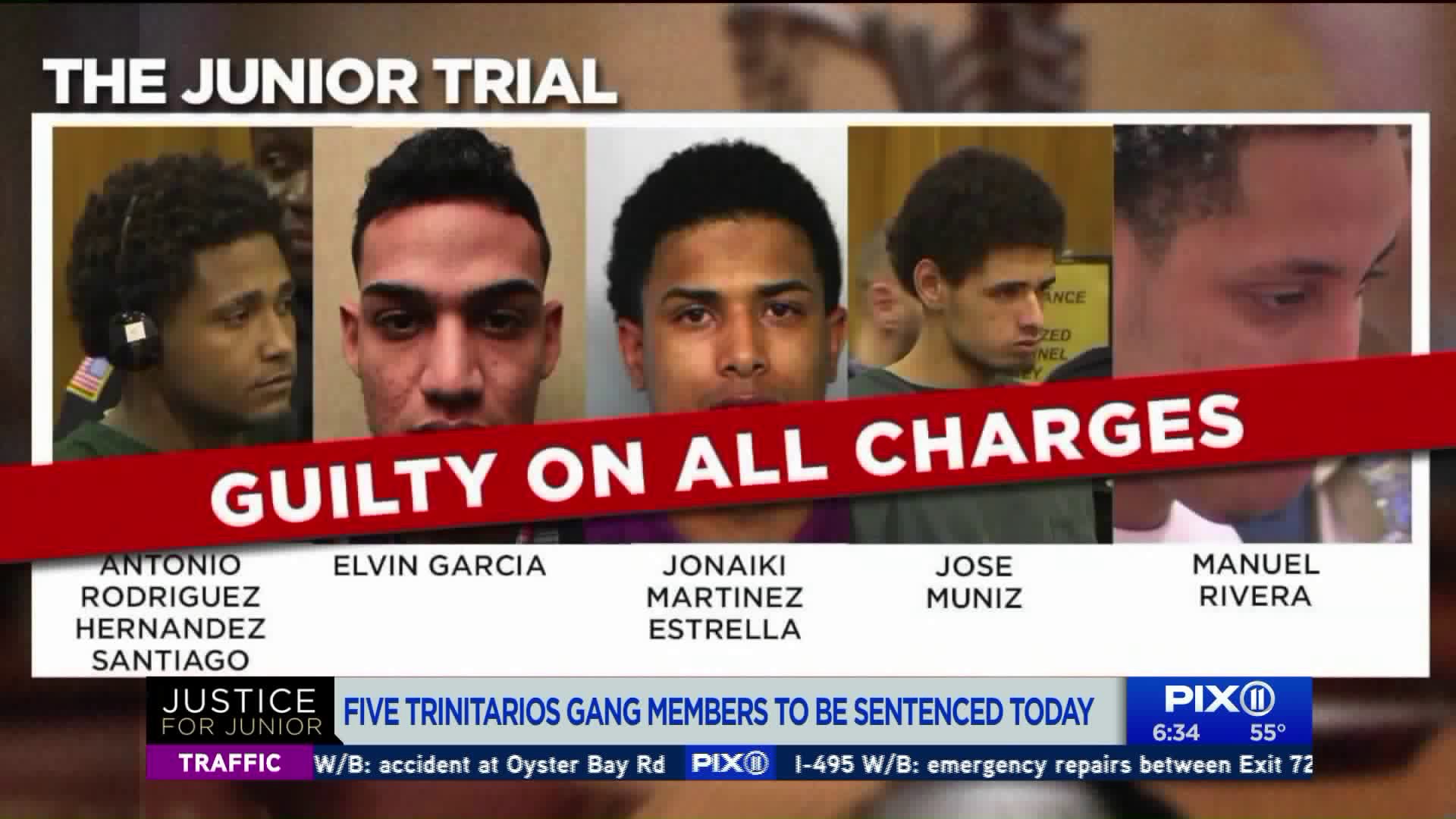 Months after they were convicted of murder, five Trinitarios gang members who authorities say took the life of Lesandro Guzman-Feliz will be sentenced.

THE BRONX — The family of slain Bronx teen Lesandro "Junior" Guzman-Feliz wants one outcome for the five men set for sentencing on Friday: life without parole.

"I'm not going to have my son back but those killers, those murderers are not going to be outside killing other kids," Leandra Feliz said when a jury found the men guilty in June. "We have to stop the violence and we have to save the city."

The five men were originally set to be sentenced on July 16, but the sentencing was pushed off three times.

There were new arrests of accused Trinitarios members this week.  PIX11 News was on the scene Wednesday when NYPD cops used battering rams to enter the home of the current alleged leader of the Los Sures set, Richard Ramirez. He was hauled out in handcuffs 30 minutes after the pre-dawn raid in the Soundview section of the Bronx.  Ramirez and 14 others are being charged with gang conspiracy in a case being prosecuted by the Manhattan District Attorney's Office.

Ramirez was said to be the replacement for Diego Suero, who's facing an upcoming trial for second-degree murder in the Junior killing.

Frederick Then, Ronald Urena, Jose Tavarez, Danel Fernandez, Gabriel Ramirez Concepcion, Danilo Payamps Pacheco and Luis Caberasantos  will also be facing trial for second-degree murder, although their cases may not be heard until 2020.

A total of 15 men were charged in connection with the teen's fatal stabbing on a bodega sidewalk, including two who became cooperating witnesses in the prosecution case.

“That’s the kind of people we have on the street,” Junior’s mother said on the one-year anniversary of her son's death.  “That’s why we have to keep those killers in prison for life, because we’re going to stop a little bit of crime with those kind of people.”

The men charged with first-degree murder in Lesandro "Junior" Guzman Feliz's death are shown above. The teen was killed on June 20, 2018.