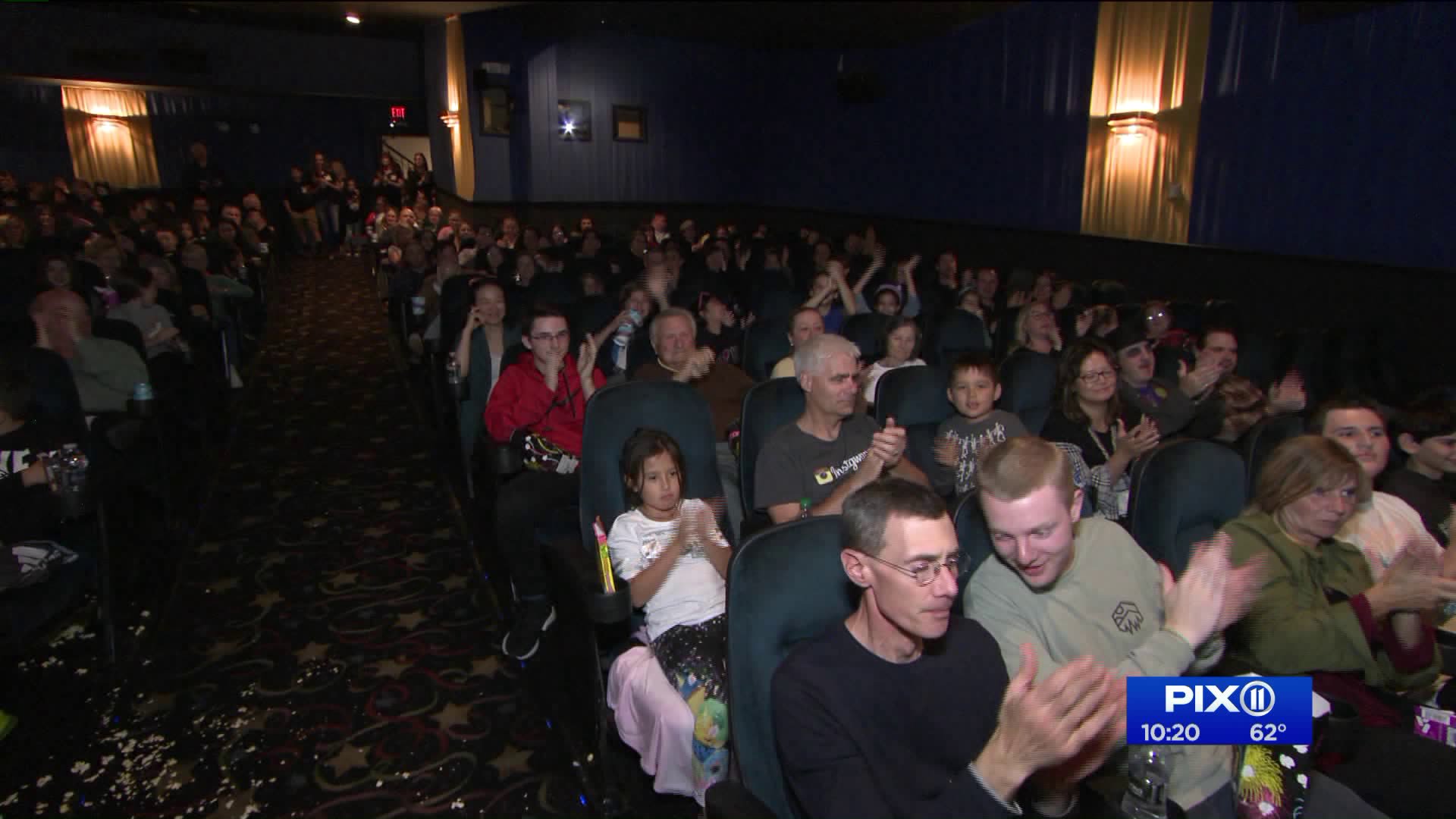 "The Addams Family" have been famous for decades on tv, in the movies and now in a new animated film opening Friday. But they`re hometown heroes in the hometown of Charles Addams, the original creator of what started out as a comic strip.

The family of characters has been on television and in the movies for decades.

They're familiar to neighbors in Westfield, New Jersey because they were created by Charles Addams, a town resident in 1938.

On Thursday evening, residents celebrated the premier of the new animated version of the story.

Addams based many of the storylines on the people and places that he knew around Westfield. The Addams family was originally featured as a comic in The New Yorker.

The Rialto Theater hosted the movie for winners of a local contest. It suddenly closed last month and reopened for the event.

Managers say they're working with the town to preserve the movie house, which was founded nearly a century ago.

During the month of October, the town will also be hosting "Addamsfest" which celebrates the creator, the stories and the characters.