City lowers speed limit on West Side Highway the week after shutting 14th Street to cars: is it a war on driving? 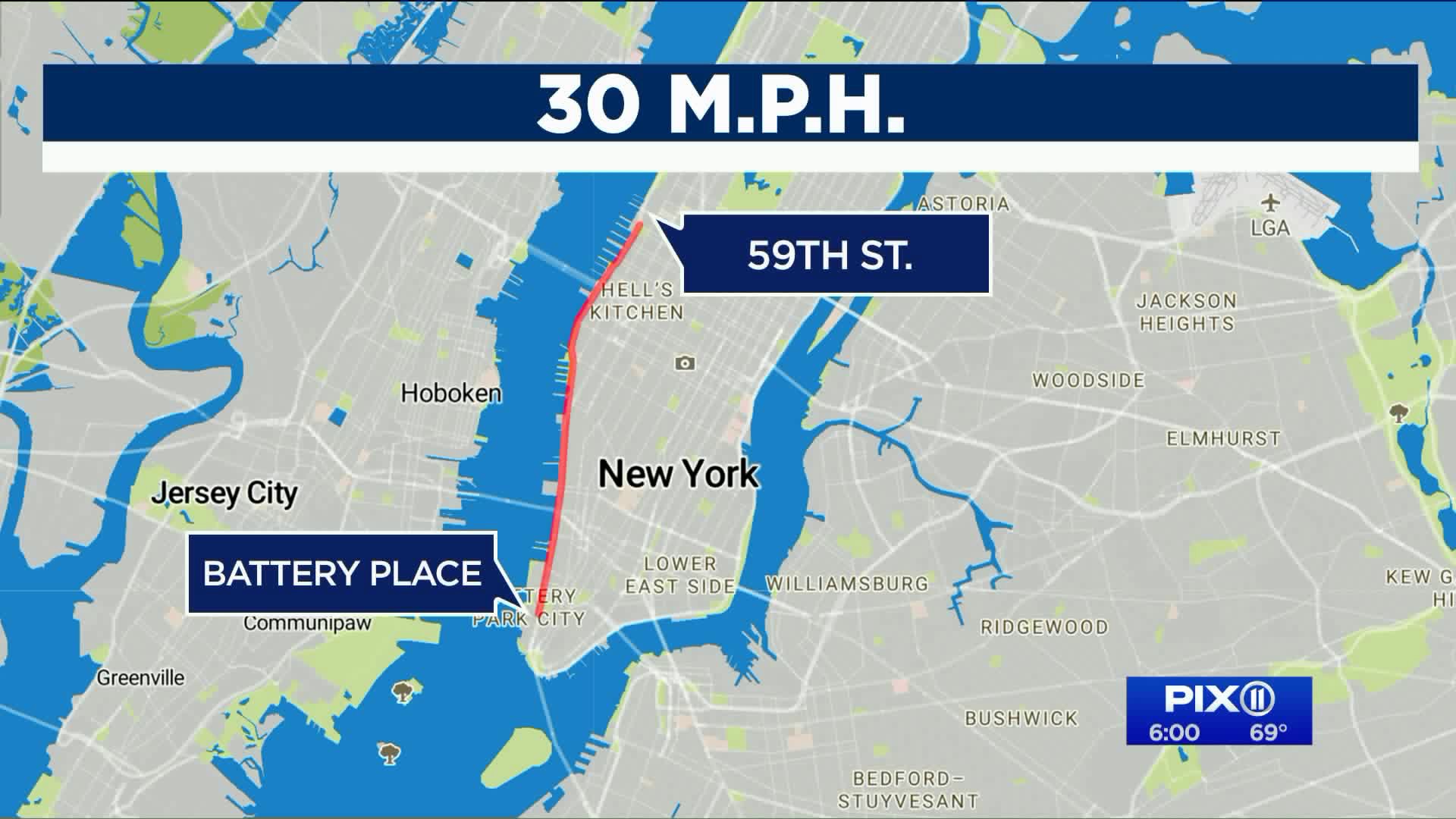 The speed limit will fall to keep pedestrians and cyclists safe. It will fall from 35 mph to 30 mph between 59th Street and Battery Place.

TRIBECA, Manhattan — For the second time in two weeks, the de Blasio Administration is making a significant change to a major roadway. This time, the West Side Highway, in Manhattan, is bring altered. The change comes within days of the city closing one of its main crosstown routes to cars.

The Transportation Department says that in a city where the overwhelming majority of people use public transportation, walk or ride bicycles to get around, the roadway changes are designed to make the city more accessible for more New Yorkers. Some drivers are concerned that the latest alteration may have gone too far. Some pedestrians said they may agree.

The latest change was announced on Thursday morning by the transportation commissioner at a news conference.

"Lowering the speed limit on the West Side Highway from 35 to 30," Commissioner Polly Trottenberg said, adding that at the lower speed, the rate of survivability from crashes is significantly lower for people in vehicles, on foot, and on bicycles.

Mary Beth Kelly said at the news conference that she was painfully aware of that fact.

"My husband was killed on the West Side Highway," she said.

A truck turning off the West Side Highway in the summer of 2006 missed Kelly on her bike, but it fatally ran over her husband, Dr. Carl Henry Nacht. Since then, she founded the advocacy organization Families for Safe Streets, which had lobbied for years to get the speed limit on the West Side Highway lowered.

Also, in the last six years, according to the DOT, ten fatalities have happened on the roadway, between Battery Place near the southern tip of Manhattan, and 59th Street.

That's the zone in which the lower speeds will be imposed, starting on Saturday. A variety of other changes will be made in the zone as well in the next 30 days, including lengthening times for some pedestrian crossing lights, synchronizing traffic lights to promote a 30 mph flow, and resetting speed cameras on the route to the 30 mph speed.

"If it protects pedestrians, it’s good, right?" said Bruno Martins, as he prepared to cross at Harrison Street.

He was, however, the exception among people who spoke with PIX11 News.

Drivers were critical and skeptical of the lowering of the speed limit.

"It’s too slow," said Antonio Rodriguez, from behind the wheel of his sports car. "It’s basically a highway," he said. "It needs to be faster. It’s gonna cause too much traffic."

Other pedestrians didn’t disagree with him.

"I don’t pay attention to [the speed of cars], to be honest," said Margo Cogan, adding that she simply crosses the roadway when the light changes. "That's it," she said.

A driver agreed with him.

"Enforcing it is what would make it actually work," he said about speed limits on the road.

The speed limit change is coming barely a week after the DOT closed 14th Street in Manhattan -- one of the city’s main crosstown routes — to all but bus and truck traffic.

"Bus speeds are improving by as much as 30 percent," Trottenberg said at the morning news conference. "And that’s fantastic."

It's why, according to PIX11 News sources, the city is considering trying similar closures to the 14th Street plan on other roadways. When PIX11 News asked the commissioner about it, she hinted that it's possible.

"It’s week one" of the 14th Street plan, she said. "I think we’re gratified with the results so far. The question is is this going to be a template in other places? It could be," she said, adding, "I’m not going to say today where we might go next."