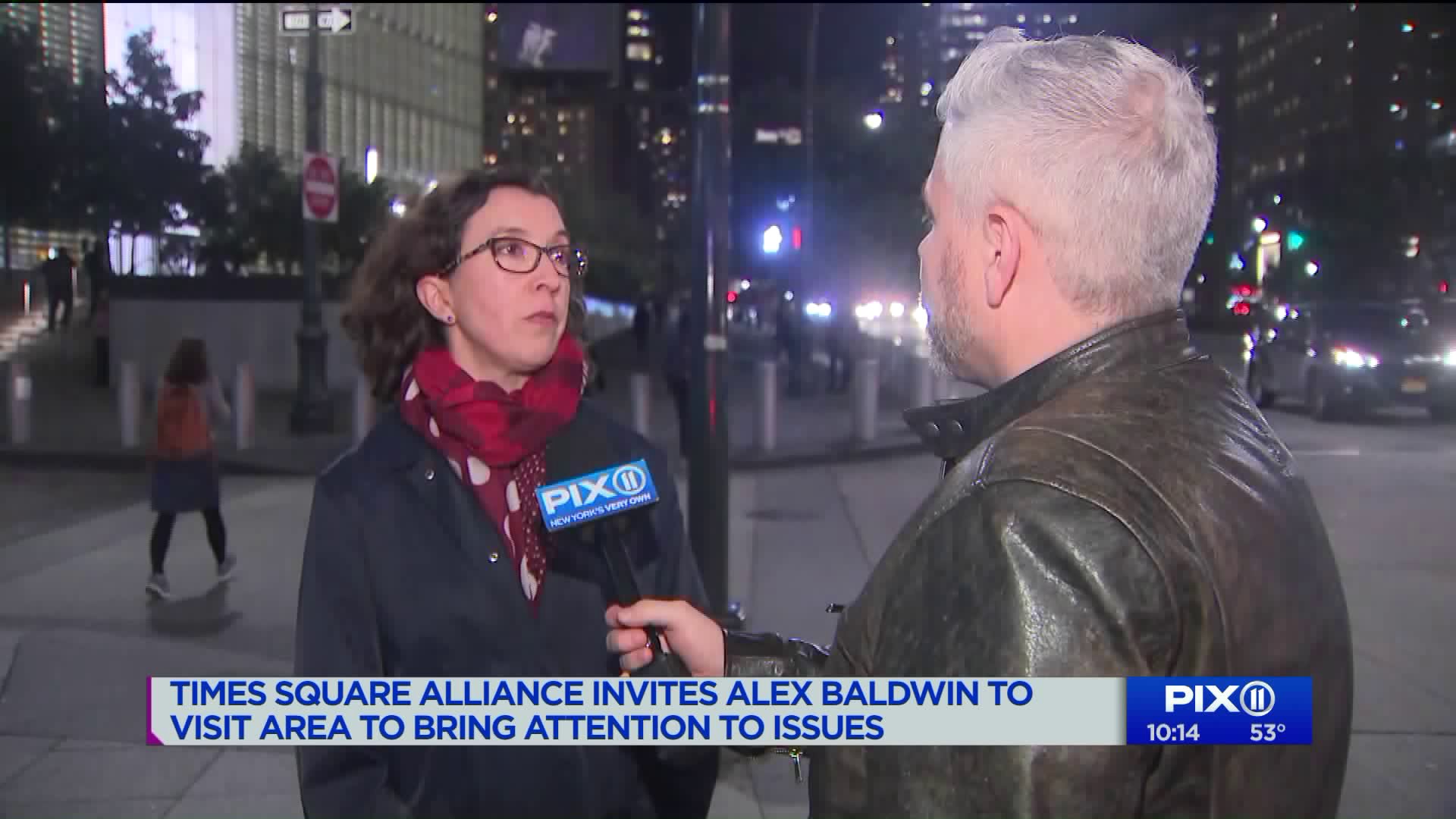 The crossroads of the world welcomes millions of visitors every year. The Times Square Alliance is rolling out the red carpet for Alec Baldwin.After the actor and his family, who live in New York City, made news with their own tourist experience, the alliance produced a video invitation.

Millions of visitors go to the place known as "The Crossroads of the World" every year.

The Times Square Alliance is rolling out the red carpet for Alec Baldwin. The group has produced a video invitation for him to visit the area.

It was issued Wednesday after the actor and his family, who live in New York City, made news with their own tourist experience on Sunday.

Baldwin posted on his Instagram account after purchasing tickets for the Statue of Liberty. The passes were not from the company that’s authorized to travel to the statue grounds.

“We saw how quickly City Hall and City agencies responded to the Statue of Liberty scam once Alec Baldwin Instagrammed about it, so we figured we had nothing to lose by inviting Alec to Times Square,” Tim Tompkins, President of Times Square Alliance said.

The invitation by the non-profit group that promotes and organizes events in the area also  promised to add two tickets to a Broadway show.

A representative for Alec Baldwin said there was no comment on the offer to visit Times Square.

Emma Guest-Consales and Guides Association of New York City have been working on the issue of third-party sellers for years with the city.

The guides, who are also licensed by the city, say some of the third-party ticket vendors aggressively misrepresent the actual trips. Some new signs were installed after another recent crackdown thus summer. Some sellers have not moved to other locations across the street.

NYC Department of Transportation has ordered tour companies operating non-permitted bus stops to cease operations and NYPD will continue to patrol the area.

“The Statue of Liberty is an enduring symbol of the promise of the America,” said Mayor de Blasio. “Tourists and visitors have been taken for a ride, and it’s unacceptable. We won’t let up until illegal and deceitful practices are a thing of the past.”