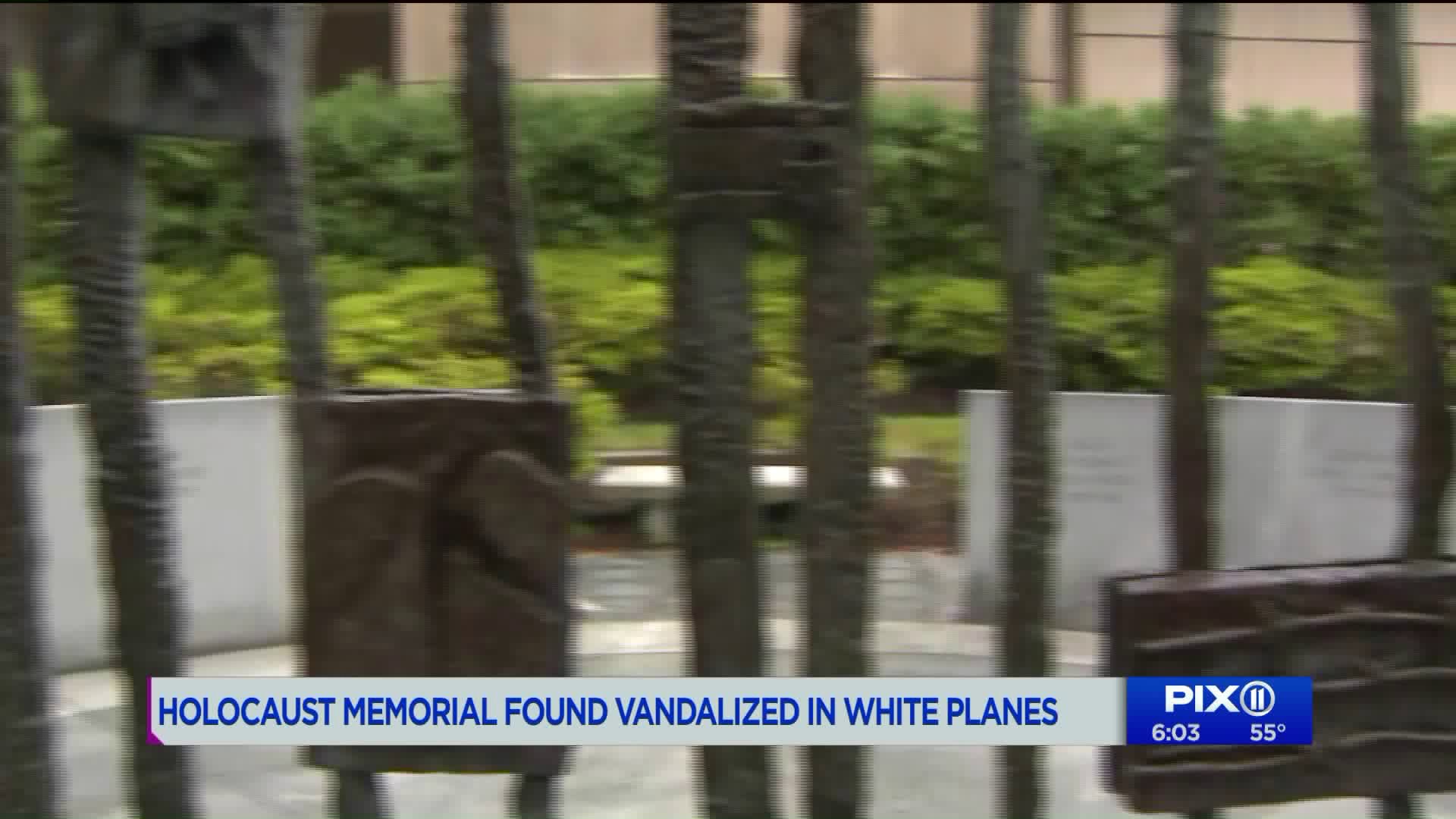 New York State Police are investigating after anti-Semitic materials were discovered at a Holocaust memorial in Westchester County on the eve of Yom Kippur.

New York State Police are investigating after anti-Semitic materials were discovered at a Holocaust memorial in Westchester County on the eve of Yom Kippur.

Anti-Semitic "stickers" were found at the entrance gate of the Garden of Remembrance memorial in downtown White Plains on Tuesday, according to Catherine Cioffi, the communications director for Westchester County. Cioffi did not elaborate on what the stickers said.

Gov. Andrew Cuomo said Wednesday he directed the State Police Hate Crimes Task Force to assist local authorities in their investigation, adding he is "disgusted" by the incident.

"Hate has no place in this state," he continued.

Westchester County Executive George Latimer issued a statement on Facebook saying that County Police are "actively investigating and reviewing video of the area."

Latimer said in his statement, "We are enraged by this act and heartbroken that individuals would target members of our community on the most solemn day in their tradition," Latimer said in the statement.

"We as a County, people of all faiths, stand with our Jewish brothers and sisters today and always."

The county has organized an interfaith prayer vigil at the Holocaust memorial Thursday at noon in light of the incident, said Cioffi.

The Garden of Remembrance was created by the Holocaust and Human Rights Education Center to commemorate those who died and those who risked their lives to save others during the Holocaust, according to their website.

It houses the "Gates of Remembrance" sculpture by Rita Rapaport, which represents the suffering of millions at the hands of the Nazis.