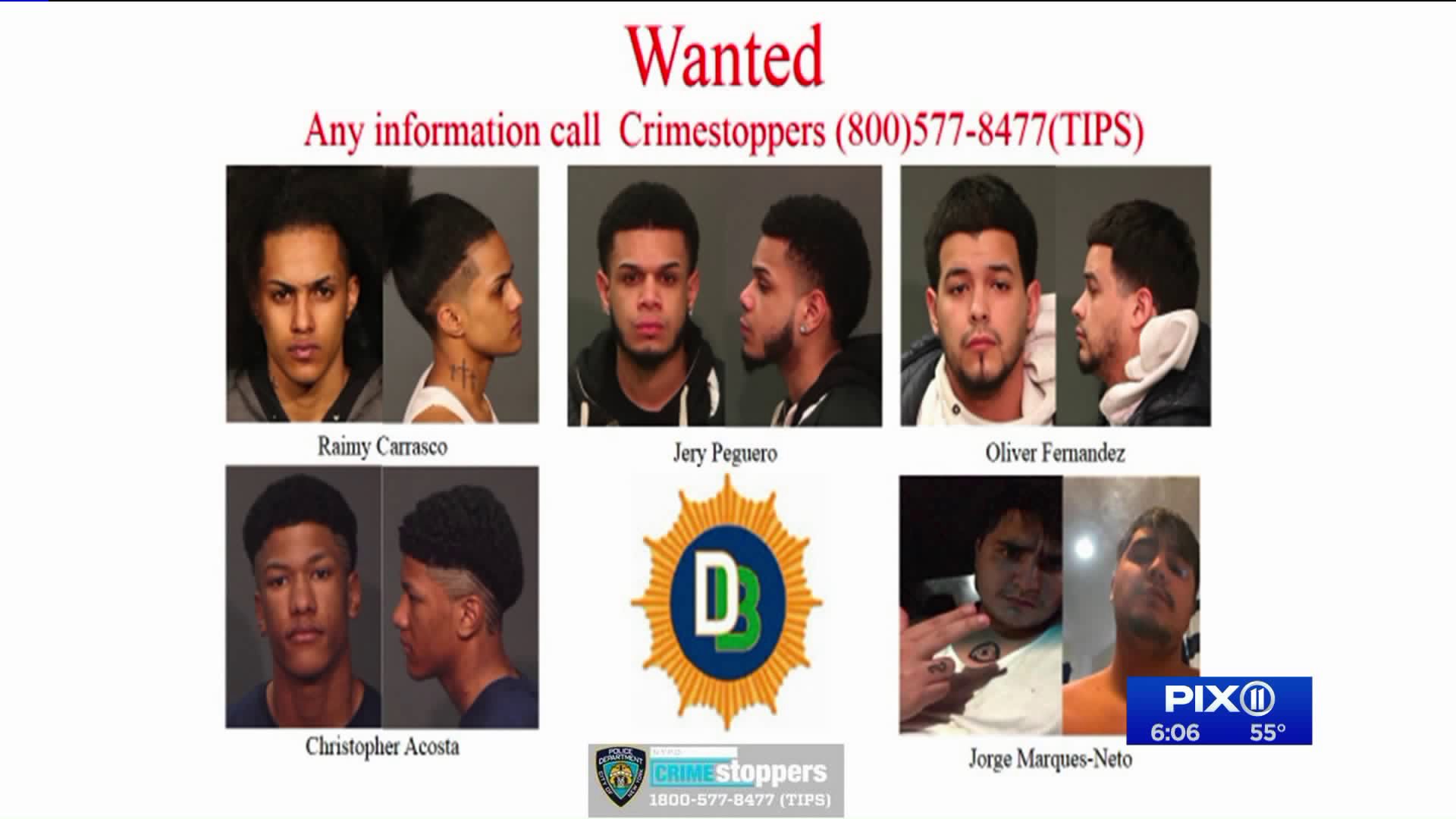 Police identified 15 gang members in connection with violent crimes in the Bronx and Manhattan. 10 were arrested in Wednesday raids. Mary Murphy reports on the five men still at large.

The NYPD’s Chief of Detectives and Bronx Detective Commander held an afternoon press conference in the aftermath of Wednesday morning’s gang raids, revealing that five more people are wanted in connection with the conspiracy case targeting the Los Sures crew.

The Department is looking for:

Chief of Detectives Dermot Shea said the 15 suspects in the new case were “gang members operating in the Bronx and Upper Manhattan.

Chief McCormack told reporters his investigators had recovered a shotgun and a handgun during the raids.

Mc Cormack acknowledged, “There is a crossover between this case and Junior’s case.”

“We concentrate on the gangs, the drugs, the recidivism,” Mc Cormack said.