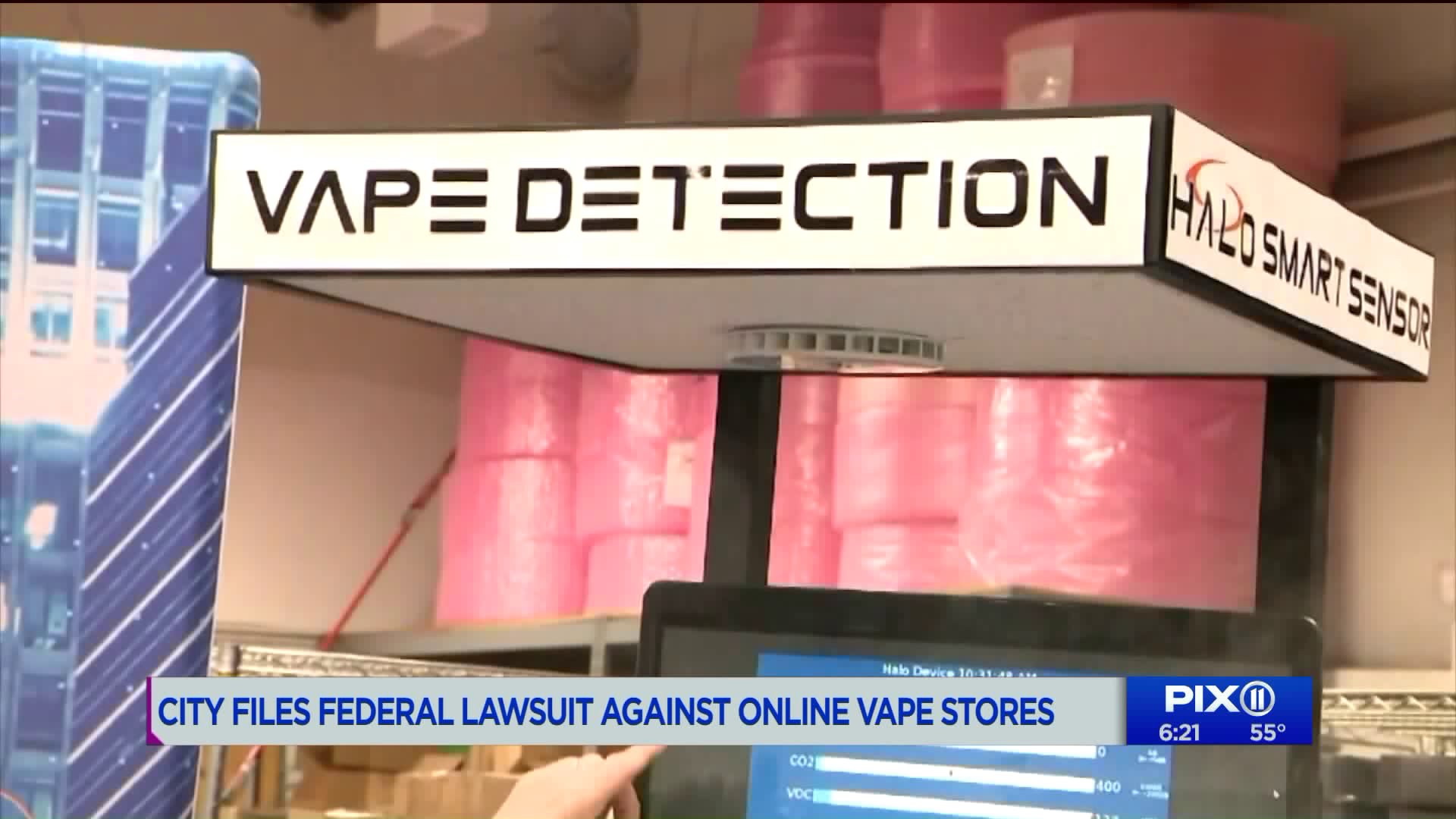 The suit accuses the 22 of illegally selling to minors, targeting young people via social media, and luring them with flavors such as "Lemon Twist," "Freddy`s Pebbles" and "Whipped Salted Caramel."

NEW YORK -- More developments in the vaping crisis happened on Wednesday. The number of deaths related to vaping rose, to 26 from 23. Along with that increase, reported late in the day, came a lawsuit against two dozen manufacturers and sellers of vaping products.

The City of New York filed the legal action against the businesses, accusing them of marketing flavored e-cigarettes to people under the age of 21, in violation of city regulations.

Called the Halo Smart Sensor, the device looks vaguely like a smoke detector, and can be installed anywhere. It's typically installed in school bathrooms, where it emits either a silent or an audible alarm that's picked up remotely on a computer or smartphone.

"This gives kids the ability to go into the bathroom at schools" without being "falsely accused for vaping," said David Antar, the president of A+ Technology, which demonstrated the device at a news conference on Wednesday morning.

He said that the device also discourages vaping use, and prevents teens from having to report their peers' use.