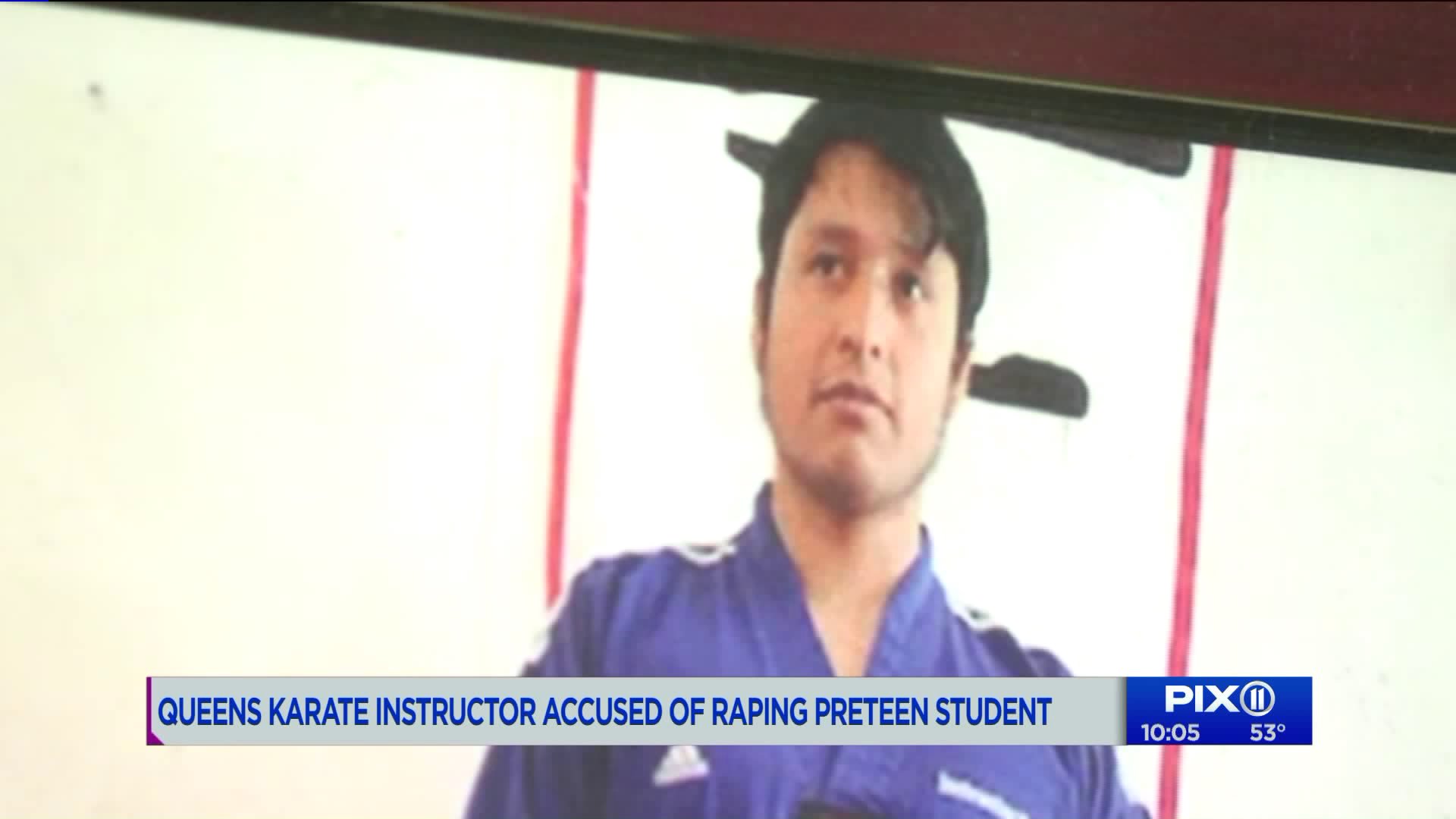 A karate teacher was charged with raping a 12-year-old female student at a taekwondo studio between August and October, according to the Queens district attorney.

Hector Quinchi's portrait in the studio

SUNNYSIDE, Queens — A pair of handwritten signs announced the Hugo Taekwondo martial arts studio in Woodside Queens would be closed on Wednesday…allegedly in observance of the Jewish holiday.

But when this young mom arrived at the studio for class, it quickly became apparent there was likely another reason…Hector Quinchi – a popular Karate Teacher, is in serious trouble with police – accused of rape.

In court, his attorney acknowledged, and did not challenge Quinchi’s confession, made to police, inside the precinct stationhouse…Where he told detectives,

"I did something very bad. I had sex with a student who I love like a daughter."

Quinchi added, "I told the mother. The mother knows, but I'm turning myself in, because the father might kill me."

"The parents of this youngster trusted the defendant to teach the girl how to defend herself," said acting District Attorney John Ryan. "Sadly, the preteen needed protection from the karate instructor."

If convicted, Quinchi faces up to 25 years in prison.

Officials urge anyone who believes their child may have been victimized by the defendant to call the NYPD Child Abuse Squad at (718) 261-2737.