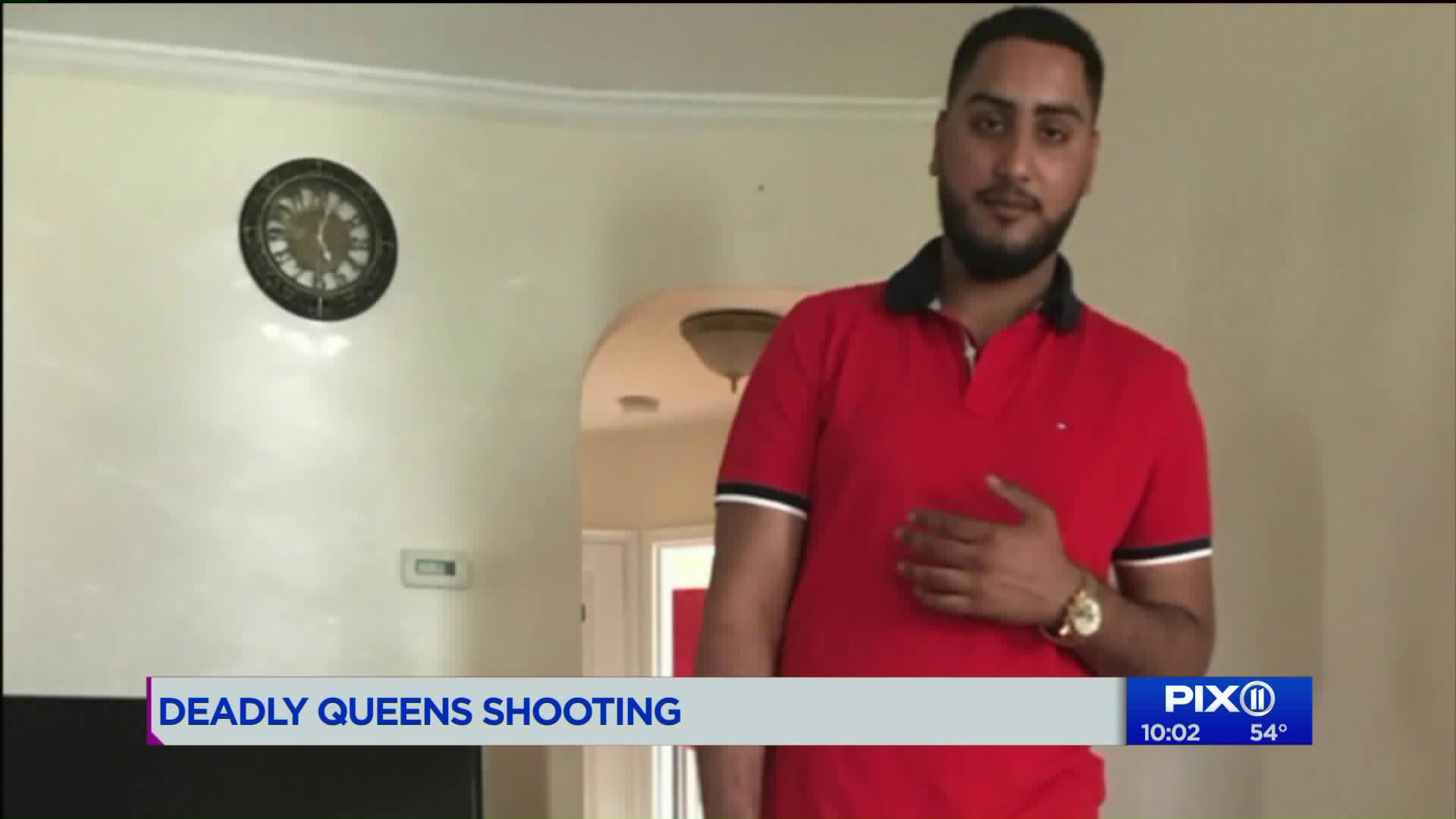 A 19-year-old found on a Queens street with a gunshot wound died Wednesday, according to police.

QUEENS — A 19-year-old found on a Queens street with a gunshot wound died Wednesday, according to police.

The man, who has been identified as Jay Patel, had been shot in the chest and was found on 268th Street between 82nd and 83rd avenues in the Bellerose Manor neighborhood, shortly after 1 p.m., police said. Patel died at a nearby hospital.

Witnesses that PIX11 spoke with said they did not hear gunshots. Police said they're investigating where and when the shooting took place.

Patel got out of a red Toyota, though it's unclear if he exited the vehicle himself or was removed from the vehicle. Surveillance video obtained by PIX11 shows the car driving in the neighborhood shortly after Patel was found.

Authorities tell PIX11 they believe the 19-year-old was shot elsewhere and then dumped and left for dead.

It was not immediately clear if the occupants of the Toyota were involved in the shooting, according to investigators.

PIX11 has learned that Patel was a business student at Nassau Community College. His family lives in the neighborhood and saw the commotion earlier, wondering what it was.