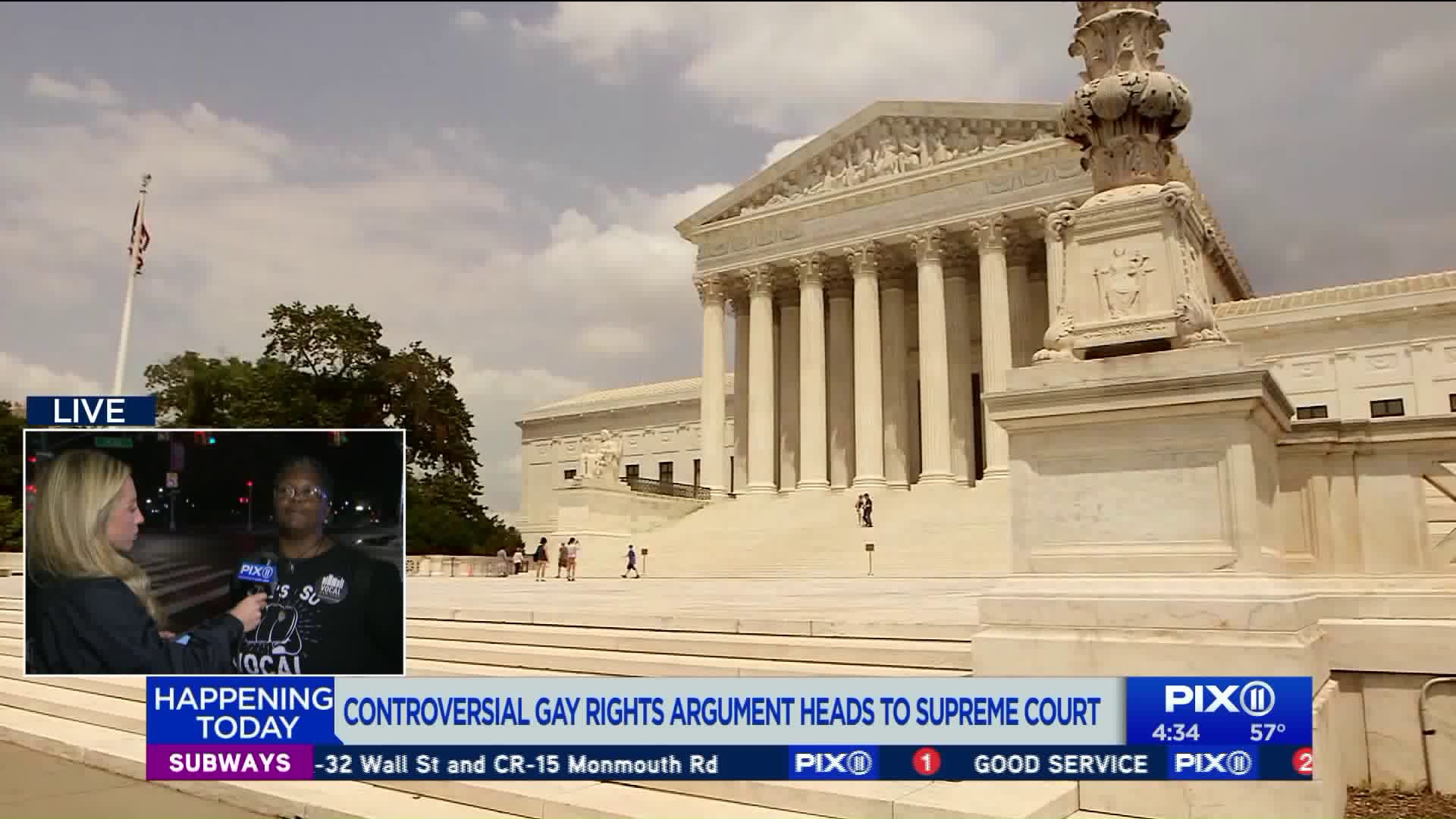 Activists from New York are boarding buses Tuesday morning, heading down to Washington D.C. as the U.S. Supreme Court takes up two cases that deal direclty with LGBTQ rights and job discrimination. 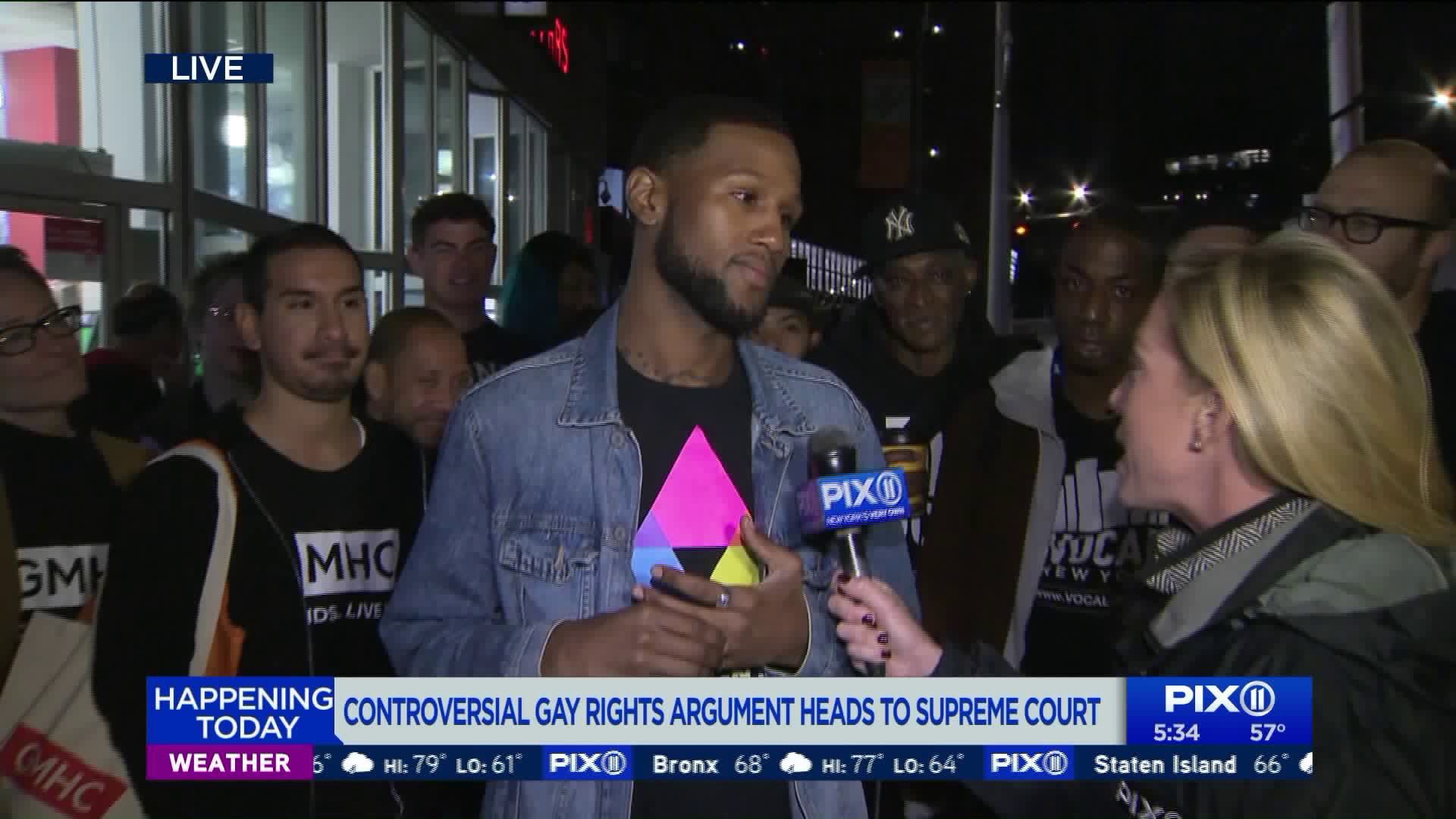 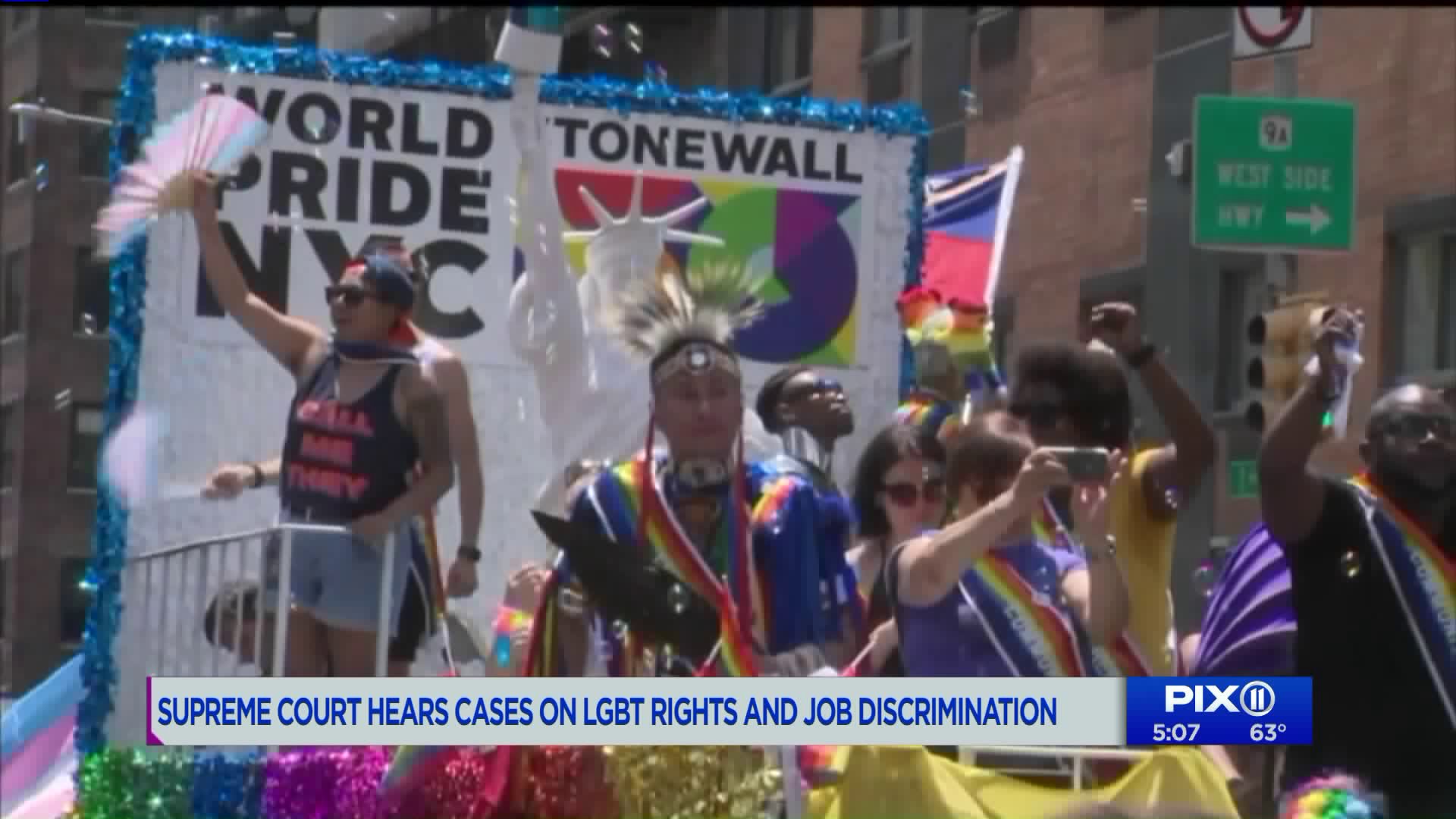 WASHINGTON — The Supreme Court on Tuesday heard arguments in the term's most closely watched case over whether federal civil rights law protects LGBT Americans from job discrimination, and at the center of the hearing was a case from the Tri-state.

The hearing on Tuesday is the court's first on LGBT rights since Justice Anthony Kennedy's retirement and replacement by Justice Brett Kavanaugh. A decision is expected by early summer 2020, amid the presidential election campaign.

Even though the court, in 2014, ruled that marriage between LGBT partners is legal, in 26 states, there are no laws preventing employers from dismissing workers simply because of their sexual orientation.

"I'm surprised to hear this, yes I am," said another New Yorker, Reneé Smith.

The issue is whether a key provision of the Civil Rights Act of 1964 that bars discrimination in employment because of sex covers LGBT people.

A ruling for employees who were fired because of their sexual orientation or gender identity would have a big impact for the estimated 8.1 million LGBT workers across the country because most states don't protect them from workplace discrimination. An estimated 11.3 million LGBT people live in the U.S., according to the Williams Institute at the UCLA law school.

Kennedy was a voice for gay rights and the author of the landmark ruling in 2015 that made same-sex marriage legal throughout the United States. Kavanaugh generally is regarded as more conservative.

The Trump administration has changed course from the Obama administration and now supports the employers in arguing that the civil rights law's Title 7 does not prohibit discrimination because of sexual orientation or transgender status.

People have been waiting in line outside the court since the weekend to try to snag the few seats the court makes available to the public for arguments.

The justices will first hear appeals in lawsuits filed by Gerald Lynn Bostock, who claims he lost his job working for Clayton County, Georgia, after he began playing in a gay recreational softball league. He lost his case in federal district court and at the 11th U.S. Circuit Court of Appeals in Atlanta.

Skydiving instructor Donald Zarda was fired shortly telling a woman he was preparing to take on a dive that he was gay. Zarda, who worked for Altitude Express on New York's Long Island, said he would sometimes reveal his sexual orientation to allay concerns women might have about being strapped together during a dive.

Zarda initially lost his lawsuit, but the 2nd U.S. Circuit Court of Appeals ruled for him. Zarda has since died.

The other case involves fired transgender funeral home director Aimee Stephens. She lost her job when she told Thomas Rost, owner of the Detroit-area R.G. and G.R. Harris Funeral Homes, that she had struggled with gender identity issues almost her whole life. She was planning to exchange the dark suit and tie she had worn to work for nearly six years as an embalmer and funeral director for a conservative dress or skirt that was required for women who worked for Rost.

Rost told Stephens her plan wouldn't work and let her go. The federal Equal Employment Opportunity Commission sued on her behalf and, after losing in a district court, won a ruling in the 6th U.S. Circuit Court of Appeals in Cincinnati.

During the Obama years, the EEOC had changed its longstanding interpretation of civil rights law to include discrimination against LGBT people. The law prohibits discrimination because of sex, but has no specific protection for sexual orientation or gender identity.

The Trump administration and the employers say Congress could easily settle the matter by amending Title 7 to include LGBT people. Legislation to that effect is pending in Congress, but is not likely to pass the Republican-controlled Senate.

But the workers contend, and the lower courts that have ruled for them have reasoned, that the law as it stands plainly covers sexual orientation and gender identity because discrimination against them is based on generalizations about sex that have nothing to do with their ability to do their jobs.

They also argue that they were fired for not conforming to sex stereotypes, a form of sex discrimination that the Supreme Court recognized 30 years ago.