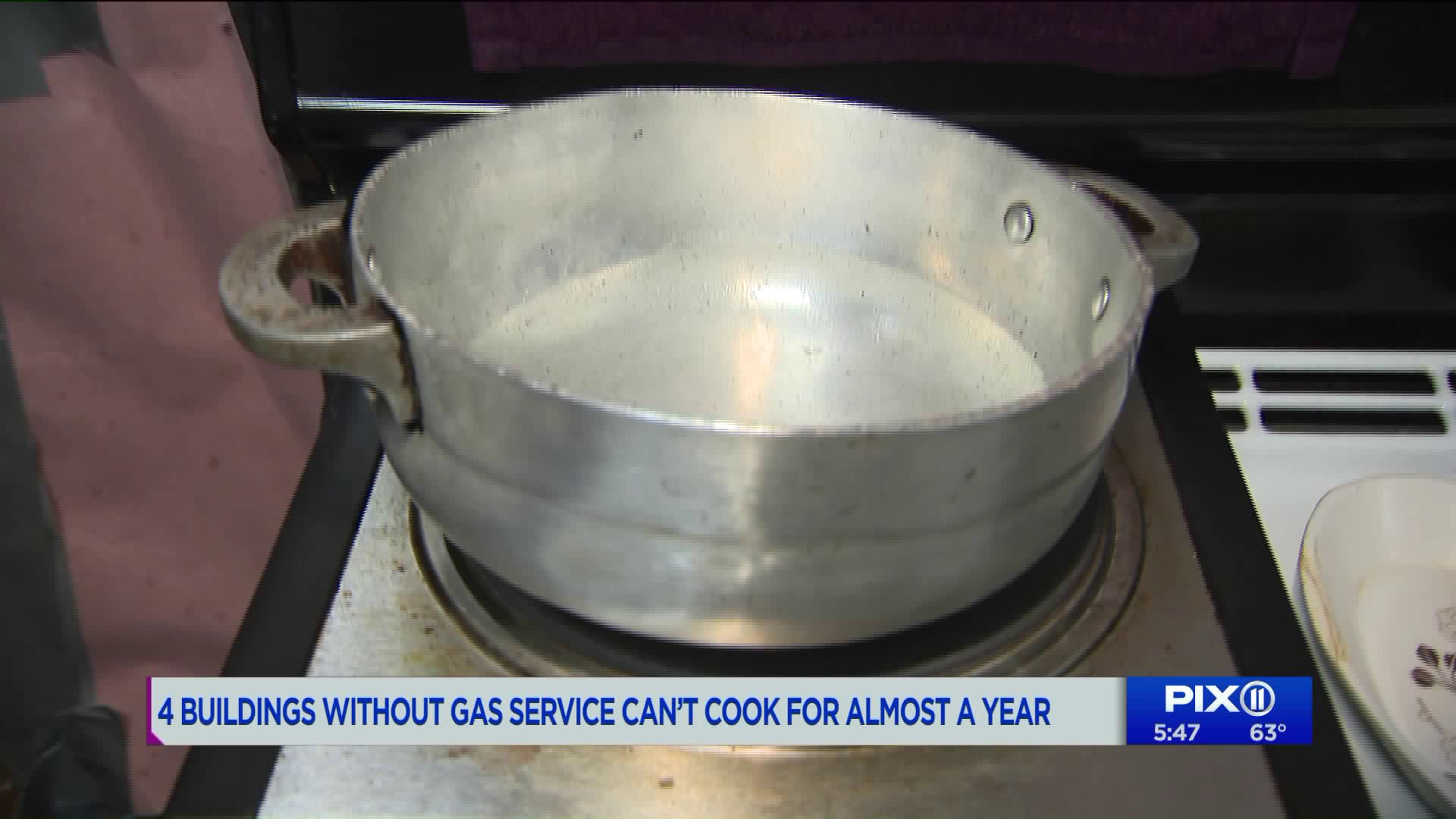 Monica Morales is making it happen.

UPPER WEST SIDE — Some families who live at the West Side Urban Renewal-area brownstones on the Upper West Side say it’s been almost a year since they've had gas service.

Families who live in four buildings on 90th Street, buildings run by NYCHA, say they haven’t had gas since Nov. 18 of last year.

Jennifer Calcano lives in the brownstones and says it’s just not fair, especially for the seniors.

“NYCHA is very slow with repairs, when you compare it to other private buildings,” said Calcano.

“A year without a kitchen? Really? NYCHA is getting worse and worse,” complained Carmen Quionones, who is with an advocacy group called Occupy NYCHA.

73-year-old Gladys Jacques, who lives in the building, says what really breaks her heart is that she can’t cook for her grandkids.

PIX11 reached out to both NYCHA and Con Edison.

Con Ed tells us they visited on Sept. 30 and they are waiting on plumbers to finish the job.

A spokesperson for NYCHA says “the safety of our residents is paramount. While we understand this outage has been difficult, NYCHA is working to repair and test crucial building infrastructure so that Con Ed can restore service as soon as possible.”