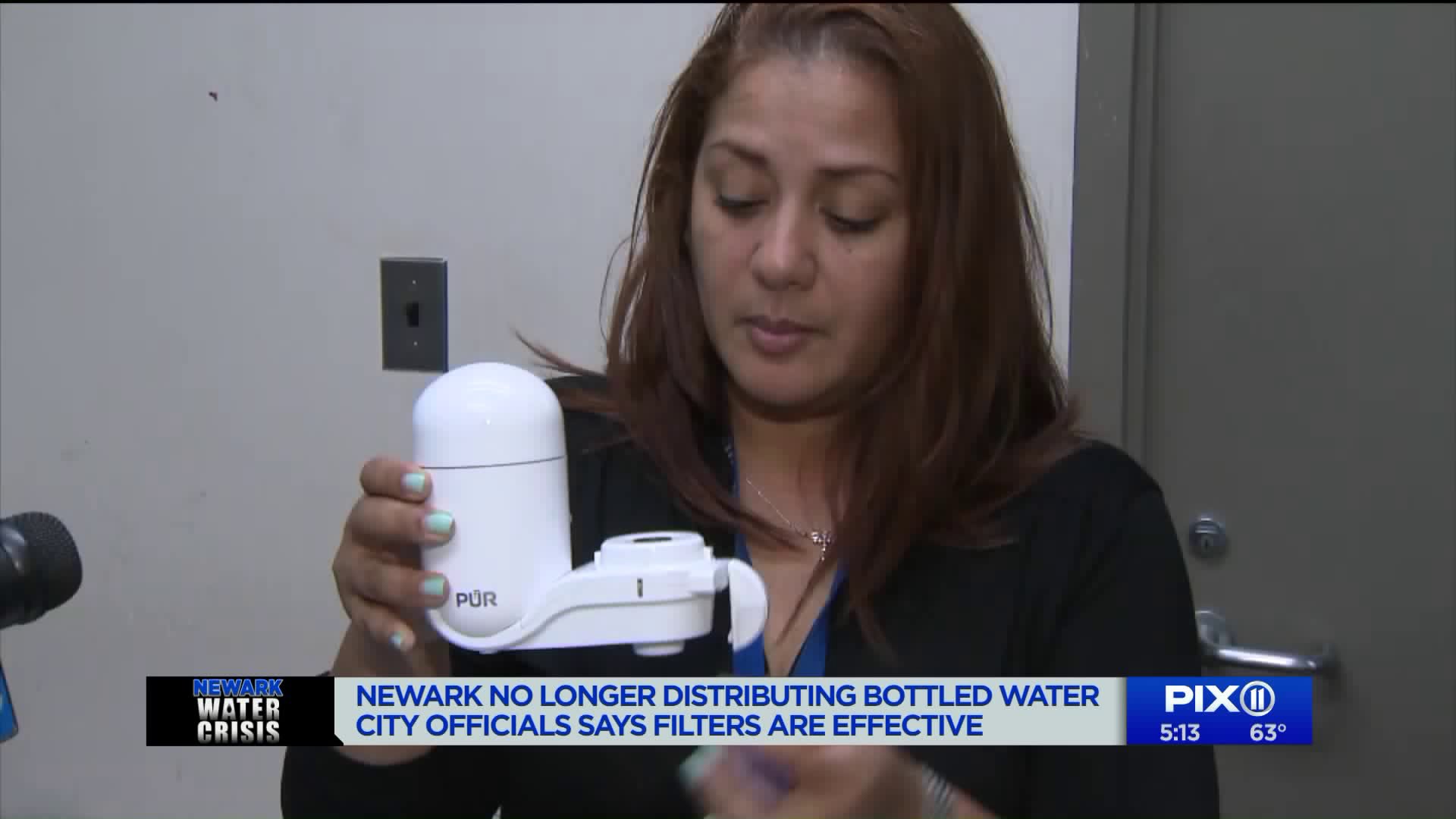 Residents are still concerned, but Newark says water will now only be distributed to pregnant women or families with young children, urging residents with lead water lines to pick up a filter.

NEWARK — Residents are still concerned but the city of Newark says water will only be distributed to women who are pregnant or families with young children, urging residents with lead water lines to pick up a filter.

The city wants to reassure its residents that water filters are effective in filtering out any lead from tap water, but some Newark residents don't trust the water is safe.

Despite shutting down distribution to residents, pregnant women and families with children under six years old will still get bottled water. To some, it seems like the city is sending mixed signals.

There's also confusion among residents on who is eligible to pick up the city-sponsored filters.

"They said the lead is not in my pipes but that I qualify for the water because I have two kids," said Eval Nelson, a Newark resident.

The city says that, when used properly, the water filters are 99 percent effective. Newark is also letting residents know that as long as they have a Newark address on their driver's license, they can get their lead levels tested for free at the health department.