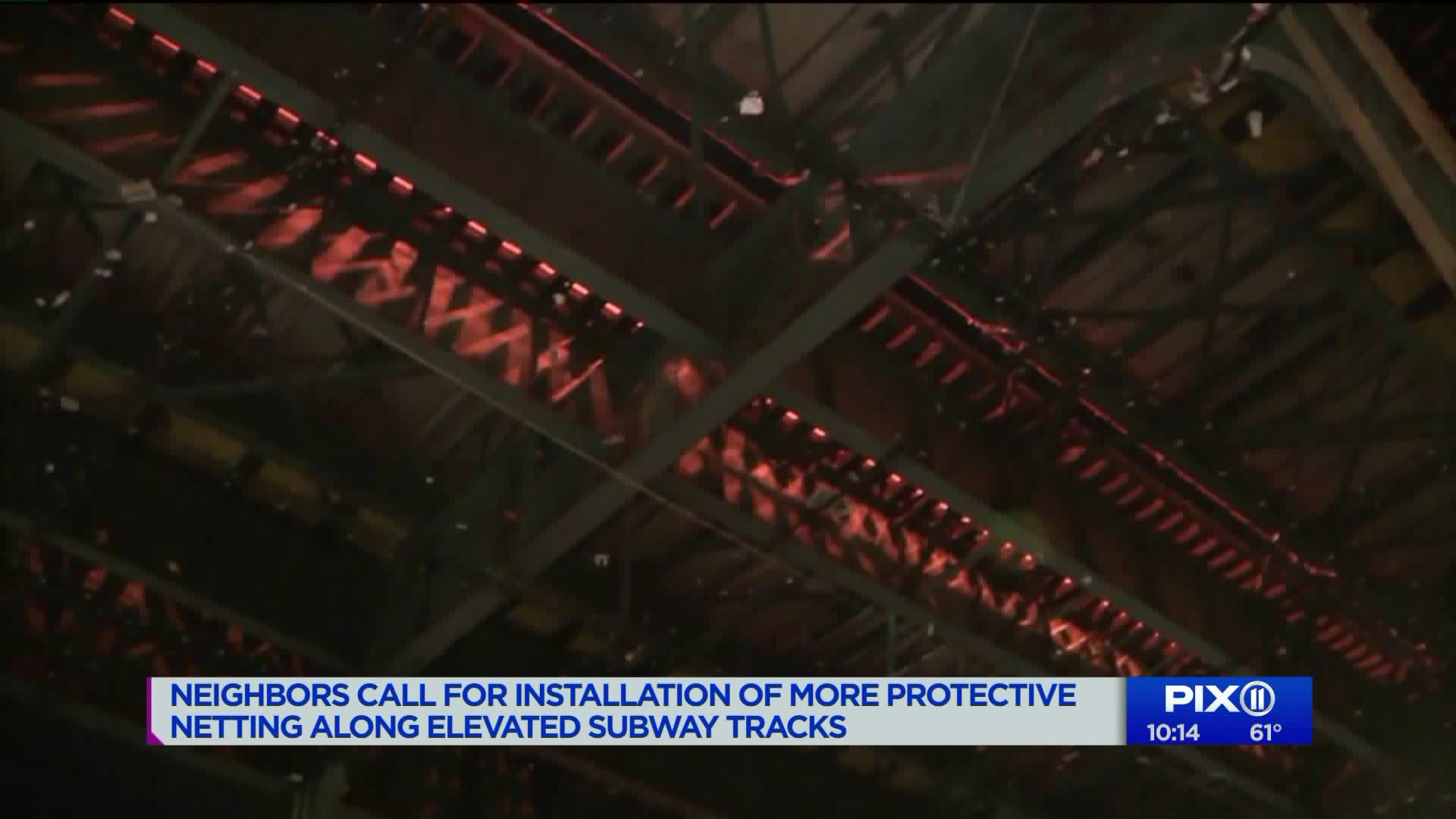 The MTA has said it wants to install more netting after pieces of debris fell from the elevated tracks this summer.

PIX11 News visited 61st Street and Roosevelt Avenue in Woodside, Queens. Netting was installed after two incidents in the area along the 7 train.

Garbage and pieces of trash were visible from the street level in the nets.

Three other locations in the system were also equipped as part of an initial test.

The next capital plan includes $350 million for nets on elevated structures.

The owner of an auto shop along McDonald Avenue in Brooklyn is hoping crews will get to the F line.

Robert Lopez, the owner of AutoLogic, says he has seen wood, wires and metal fall from the tracks. He supports the idea of more nets.

“The condition of these structures is critical to safe train service and the safety of our neighbors. We are encouraged by the possible viability and off-the-shelf availability of this netting to provide peace of mind to those who traverse streets below our tracks, and will continue our rigorous inspections of these structures, which are often struck by vehicles and exposed to highly varying conditions year-round that can speed deterioration,” Byford said.