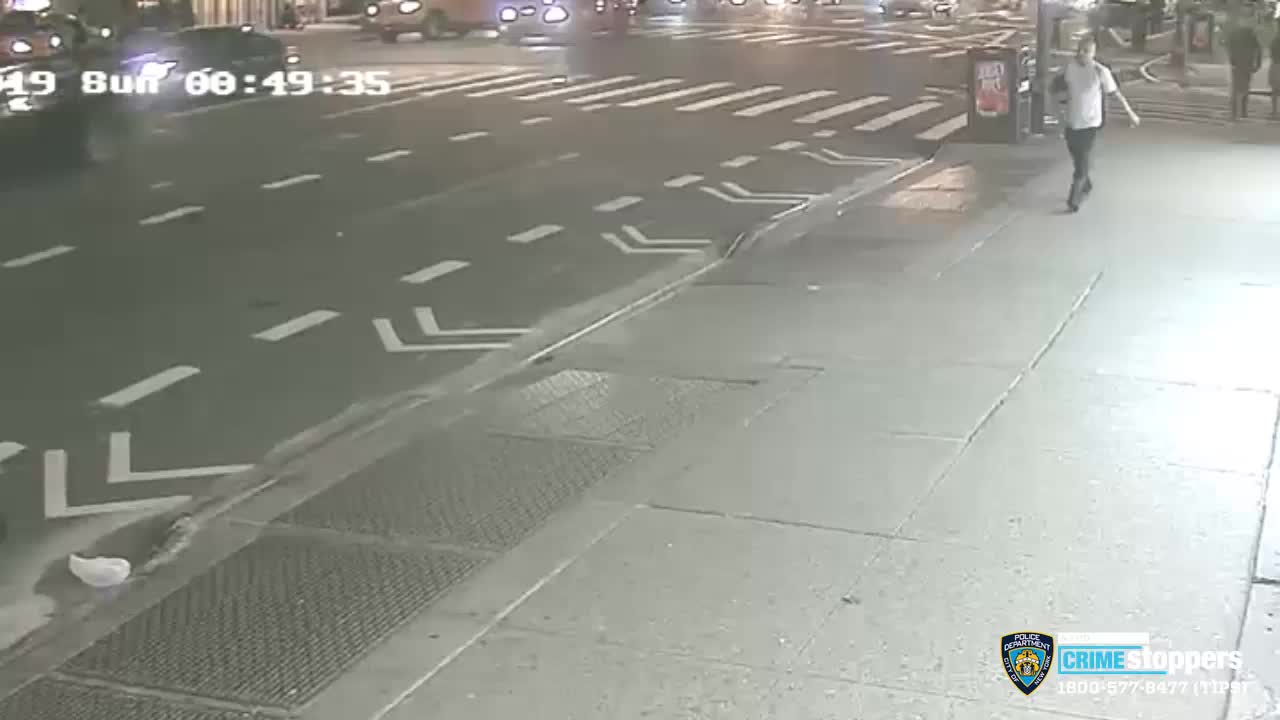 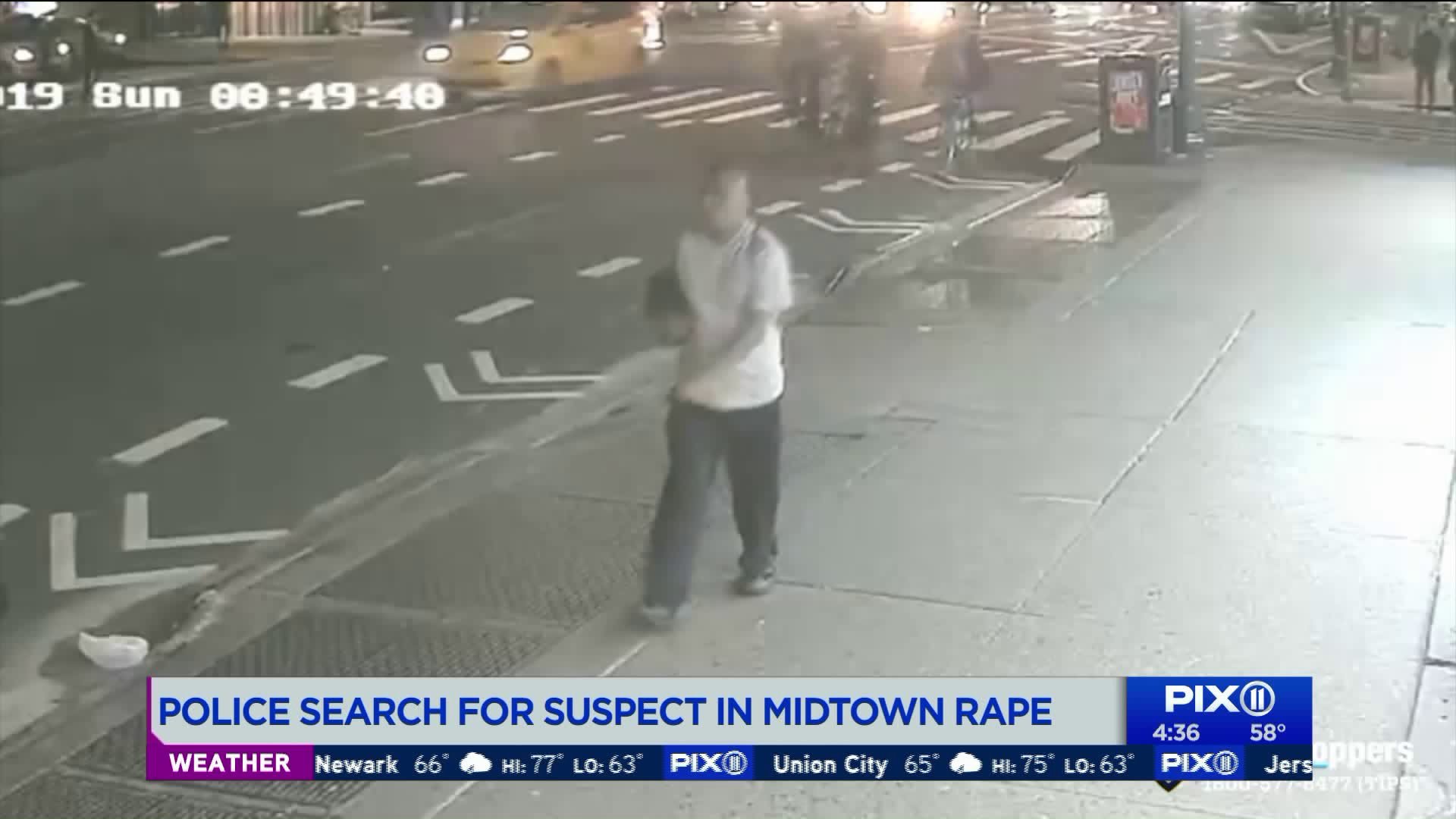 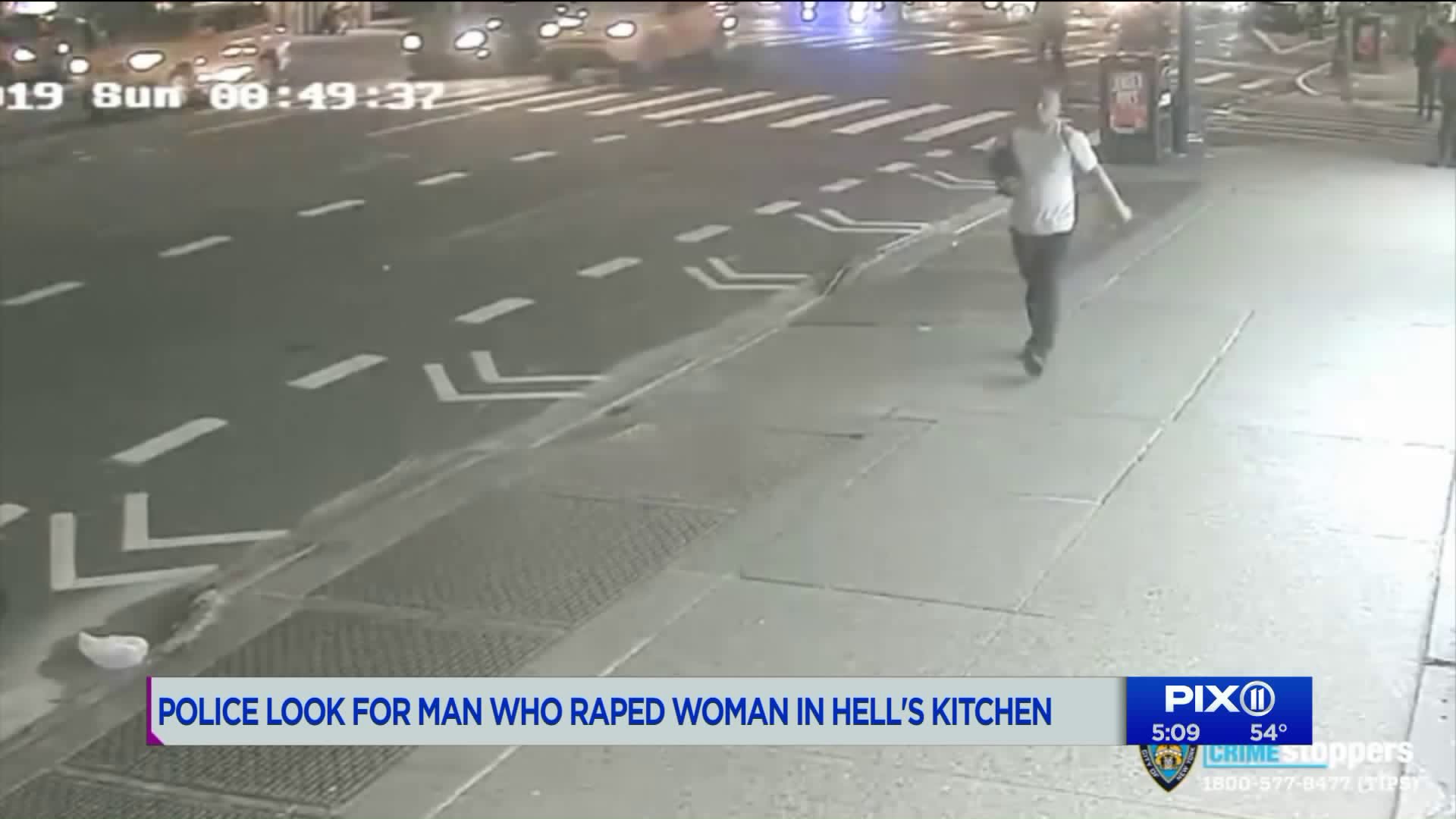 HELL'S KITCHEN, Manhattan — Police are looking for a man accused of raping a woman who asked him for directions in Midtown Sunday, according to authorities.

The report came in at around 12:55 a.m., according to police. The 31-year-old woman, who does not live in the city, was heading to visit a friend in Queens when she became lost and asked a man for directions in Hell's Kitchen, officials said.

The unidentified man grabbed her by the arm, led her to a location on West 51st Street, between Eighth and Ninth Avenues, and then raped her, according to police.

The victim suffered bruising to her right arm, back and right leg, and was taken to an area hospital for treatment, authorities said.

Anyone with information in regard to the identity of this male is asked to call the NYPD's Crime Stoppers Hotline at 1-800-577-TIPS (8477) or for Spanish, 1-888-57-PISTA (74782). The public can also submit their tips by logging onto the Crime Stoppers website at WWW.NYPDCRIMESTOPPERS.COM, or on Twitter @NYPDTips. All calls are strictly confidential.