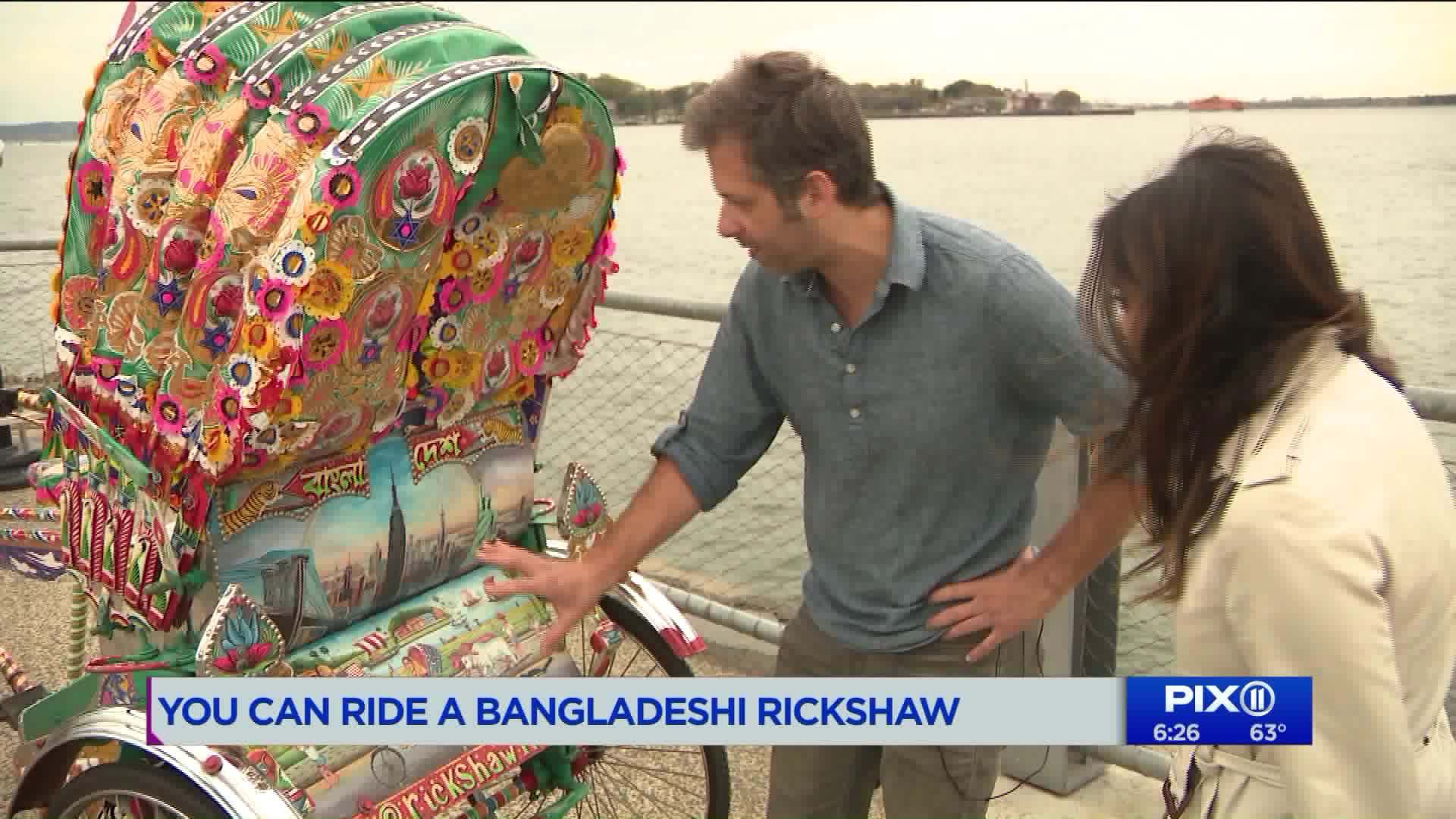 Straight from the streets of Dhaka, Bangladesh to Brooklyn New York, you will find a traditional Bangladeshi rickshaw decked out with its colorful artwork.

Andy Isaacson is the journalist responsible for bringing the rickshaw to New York City streets and he says his goal was simple. To get people to connect.

The mere sight of the rickshaw will light up anyones eyes and that's exactly what Isaacson was hoping for. Instead of rides for money, Isaacson says this is a ride for stories and it's completely free.

Today, more than ever, Isaacson said people need a moment to stop and to listen to one another. It's what he hopes his rickshaw will do and so far it is working.

Isaacson saw his first rickshaw on the bustling streets of Bangladesh's capital city of Dhaka a few years ago when he was in the country for a 10-day project as a journalist. He said the vibrant and flashy artwork adorning Bangladeshi rickshaws were undoubtedly unique and images he couldn't forget. So, Isaacson thought about customizing his own and he actually did.

He enlisted help from one of the last remaining dedicated rickshaw artists in the country and Isaacson began the process. It took 3 weeks to paint and build, just about a year in storage before it was shipped in this giant crate.

You can see it in person, catch a ride and maybe even get a chance to share your story with Isaacson. To find out where, visit Isaacson's Instagram page RickshawNYC.