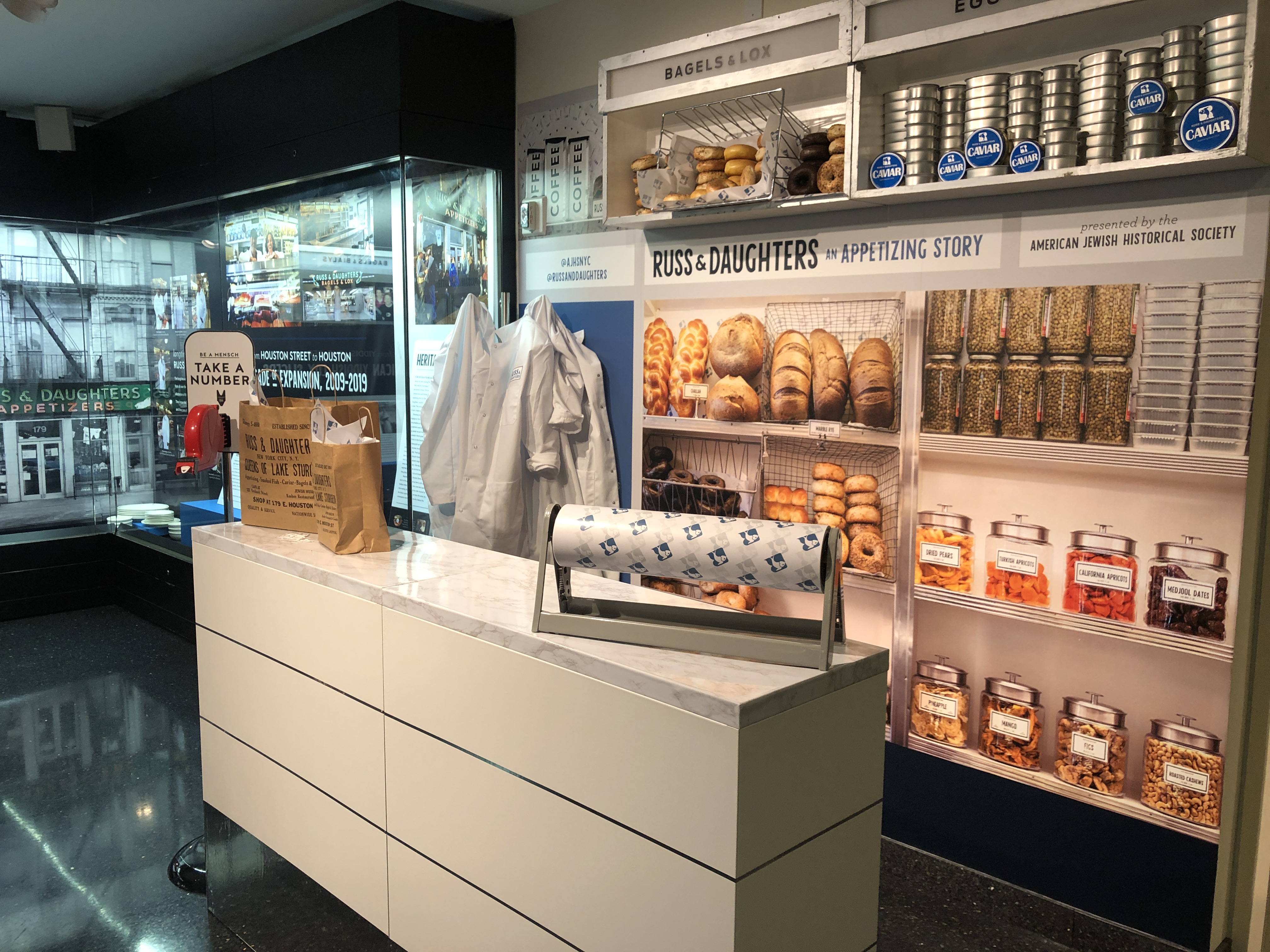 Russ & Daughters is known for its Jewish appetizing food, but a new exhibit highlights the fourth-generation, family-owned store's history and its role in shaping the Lower East Side.

UNION SQUARE — Russ & Daughters has been a Lower East Side institution for 105 years. The store is known for its appetizing dishes, but a new exhibit produced by the American Jewish Historical Society highlights its influence on New York’s culture, both past and present.

"If people are interested in food, food becomes a window, food becomes a point that makes the history accessible," Annie Polland, AJHS's Executive Director, told PIX11 News. "Food is a way to create stories that people relate to."

"Russ & Daughters: An Appetizing Story" focuses on the Russ family and their namesake's store's role in shaping the Lower East Side. The founder Joel Russ, a Jewish immigrant from Eastern Europe, began selling herring and dried polish goods from a pushcart around the turn of the 20th century.

His success allowed him to open his first brick-and-mortar store on Orchard Street in 1914, which specialized in appetizing works such as bagels, lox, cream cheese and other items. The store moved to its permanent home on East Houston Street in 1920 where it remains today.

But it was Joel’s bold business decision in 1935 that is his biggest legacy: He made his three daughters partners, and changed the shop’s name to Russ & Daughters.

"We have always said it’s the first store in New York, but the research through this exhibit proved that this was the first [shop in the country] that was '& Daughters' instead of '& Sons," says Josh Russ Tupper, a fourth-generation co-owner.

Polland approached Russ Tupper and his cousin and co-owner Niki Russ Federman after seeing firsthand the response locals and visitors from around the country had to the restaurant's food and history. The exhibit integrates the historical society's own archives and photos, as well as Russ family records and audio recordings.

That energy and nostalgia keeps Russ & Daughters booming today. In recent years, the company has expanded and opened new locations at the Jewish Museum and the Brooklyn Navy Yard, but the family still feels protective of preserving the Lower East Side store’s legacy.

"It's a place where people come back to, and by biting into a bagel, or taking a number or just standing in the shop, you're able to be part of the living history of New York," says Russ Federman.

Don't come to the exhibit hungry, as the historical society is currently not serving any Russ & Daughters signature dishes. But visitors are encouraged to take photos behind a replica counter and try on the uniformed white coat.

AJHS has also set up a station where people can write their own family food story and recipes on index cards. The exhibit, located at the Center for Jewish History, is scheduled to run through January 2020.