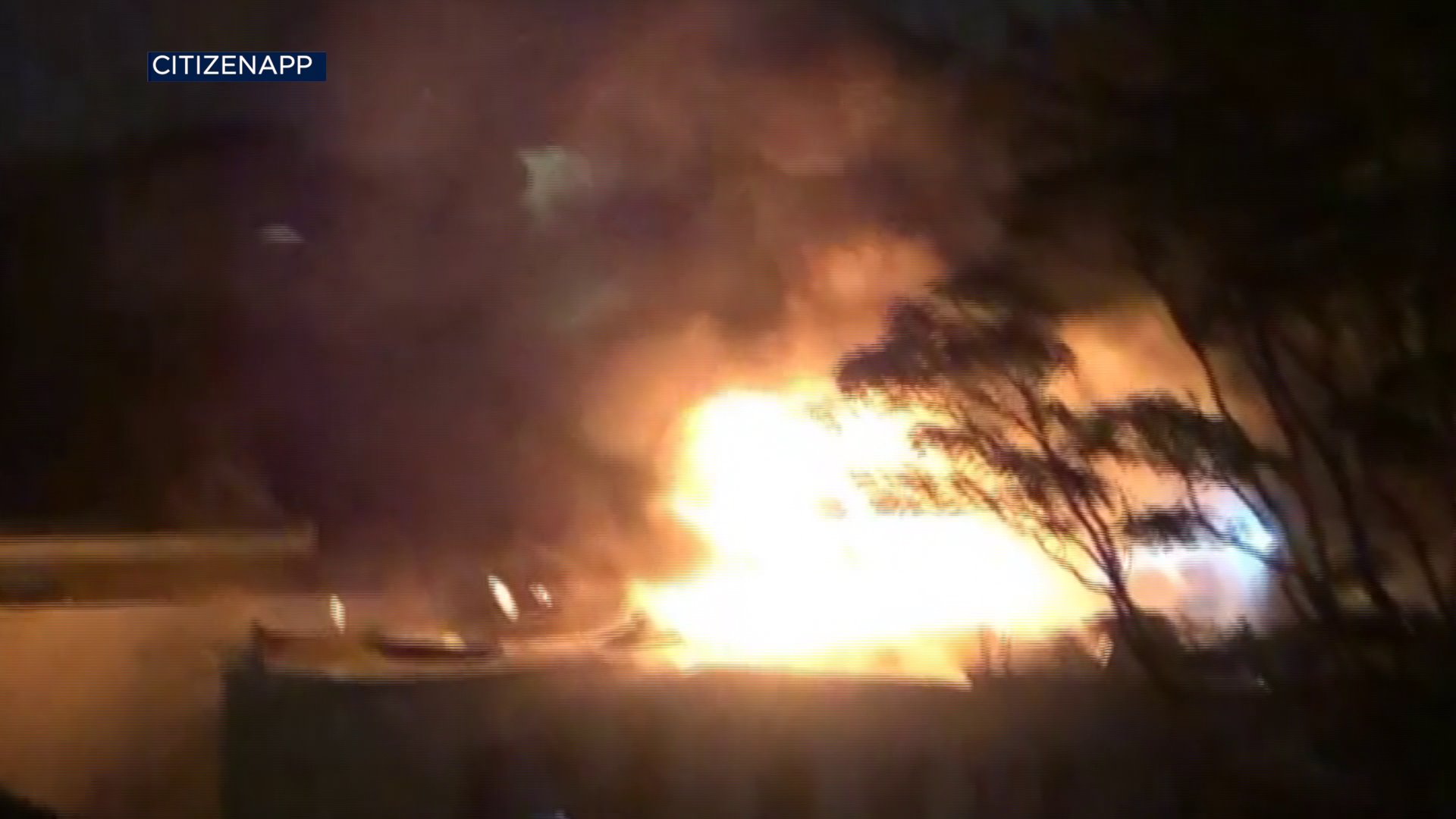 Over 100 firefighters worked to put out a two-alarm fire in a Brooklyn home early Monday morning, the FDNY confirmed. The blaze broke out around 1 a.m. on the home`s third floor, fire officials said. No injuries have been reported but this video from the Citizen App shows large flames shooting out from the house from blocks away.

BUSHWICK, Brooklyn — Flames shot out of a Brooklyn home early Monday as firefighters worked to put out the two-alarm fire, the FDNY confirmed.

According to authorities, a call came in just after 1 a.m. for the blaze in a house on Cooper Street, near Evergreen Avenue, in the Bushwick neighborhood.

The fire, located on the the home's third floor, escalated to a two-alarm around 1:30 a.m., the FDNY said.

Fire officials said 25 units and 106 firefighters were on the scene working to extinguish the blaze early Monday morning.

No injuries have been reported and the operation is ongoing, according to authorities.

Video from the Citizen App showed large flames burning out of the top of the house from blocks away early Monday.