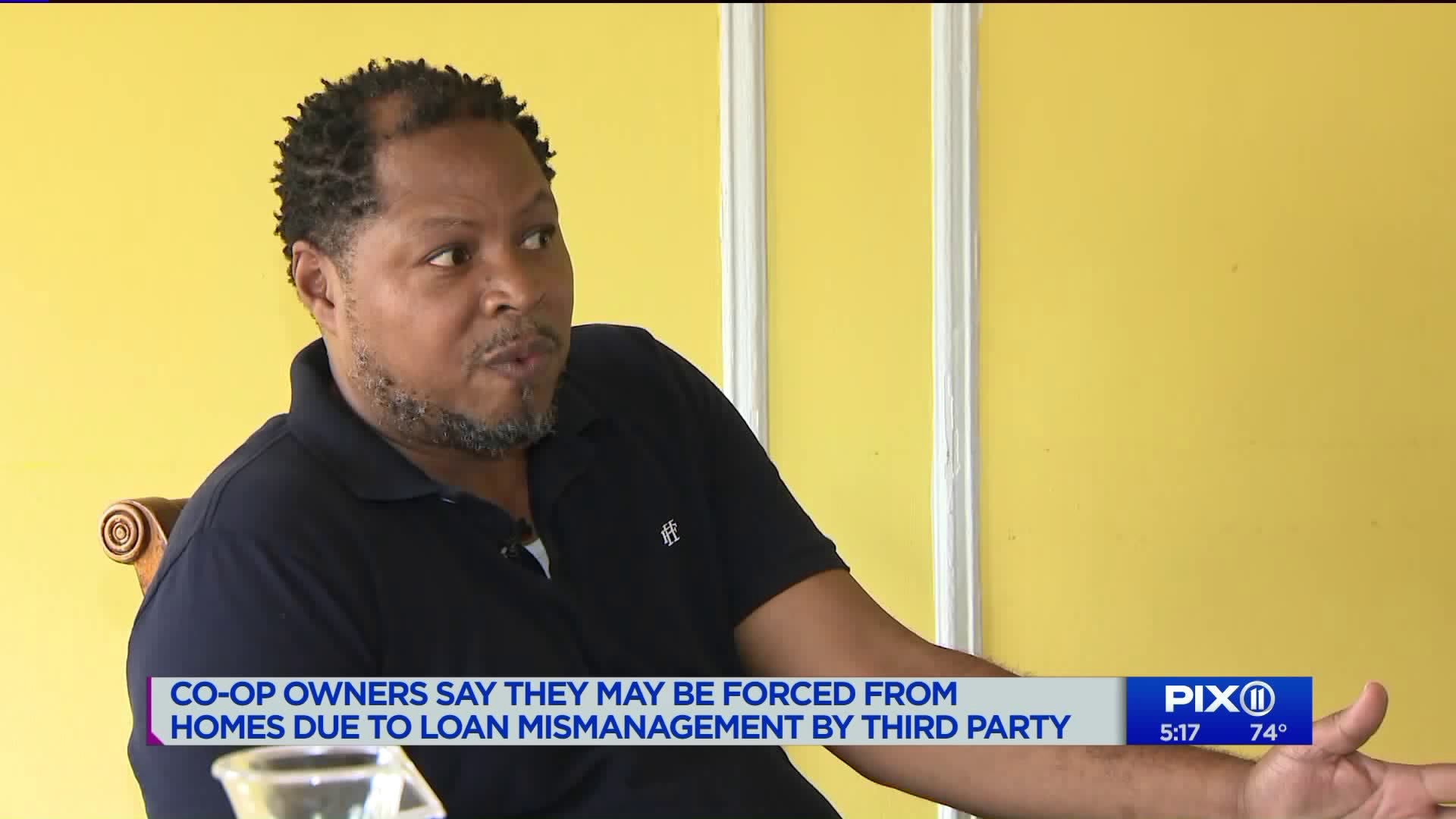 They`re owners of a Harlem co-op thanks to a city program back in 2006. However, now they say they may lose their ownership because of mismanagement and massive debt in the millions they say they had no knowledge of.

HARLEM, Manhattan — Dozens of families are fighting to keep their homes in Harlem.

Carlton Burroughs is one of residents fighting and he is angry and frustrated. For years, he said he and other shareholders of a Harlem building, 936-938 St. Nicholas Avenue, are doing everything they can and even enlisting the help of attorneys.

“We know we're right. This is not a frivolous case. It's not innuendo,” said Burroughs.

Burroughs owns his apartment through what is known as the Housing Development Fund Corporation or HDFC, a city program that allowed for tenants to eventually become owners as co-op shareholders.

The City's Department of Housing Preservation and Development, however, pushed management over to third parties and, according to attorneys representing the HDFC owners, one of those parties, Shuhab Housing Development Fund Corporation, took out a hefty loan of nearly $2 million dollars in renovations, which many owners say were never completed.

Those millions in loans were transferred over at least four times, according to court records provided to PIX11, and the debt now rests in the hands of Maverick Real Estate Partners, an investment firm now pushing to foreclose on this building.

Maverick did not return our request for comment for this story, but this legal fight continues on. Burroughs and tenants of 51 apartments said they cannot bear the burden of a monumental debt they say they had no involvement in.

“I want to stay here. I deserve to stay here and that's why I'm going to continue to fight. I'm not giving up,” said Burroughs.

HPD said in a statement, "This co-op is at risk of foreclosure by a private lender for failure to pay their bills. We offered extensive assistance to help them get on stable ground, but that offer was rejected. We’re now working with the HDFC again to seek ways to assist these owners.”