‘It’s awesome what she’s trying to do’: 14-year-old honored for trying to get others to read more 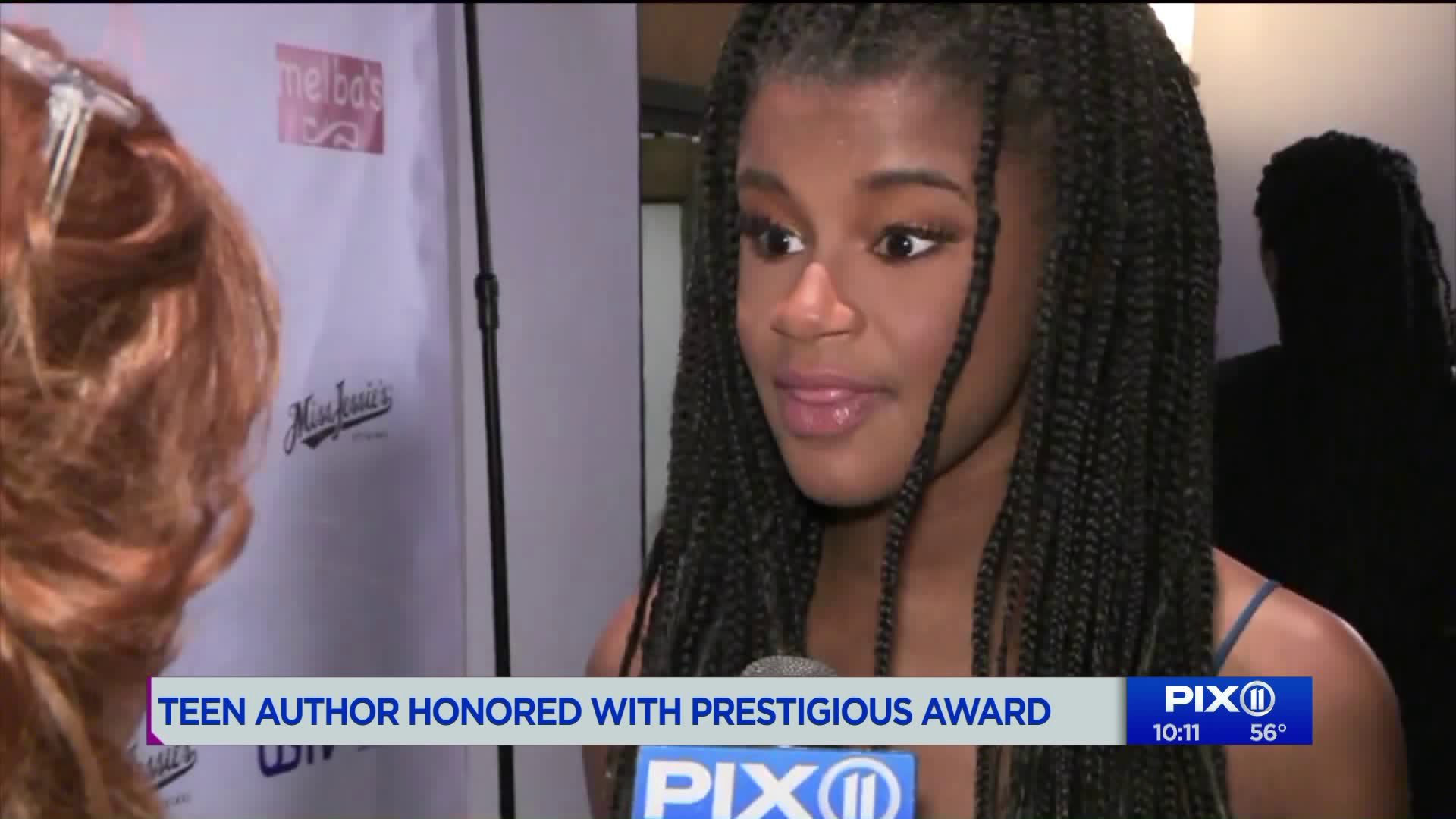 She's only 14 years old from West Orange, New Jersey and to call Marley Dias a powerhouse is such an understatement.

HARLEM — She’s only 14 years old from West Orange, New Jersey and to call Marley Dias a powerhouse is such an understatement.

She founded the #1000BlackGirlBooksCampaign because she was frustrated by the books she was assigned to read.

"We read 'Old Yeller' and the Shiloh series and 'Where the Red Fern Grows' all in one year and they were all about white boys and their dogs,” Marley said.

Her campaign has now grown to 12,000 books. She was honored at the 15th Annual African American Literary Awards Show.

“It means a lot to be part of an awards show that is older than I am,” Marley Dias, the 14-year-old author and activist, told PIX11 News. “And that the stories of black people need to be told,”she added.

This high school student has also written her own book, "Marley Dias Gets It Done and So Can You."

At The Schomburg Center for Research in Black Culture, the 14-year-old was surrounded by other successful African American authors including Patrick Riley, who wrote "That’s What Friends Are For" and Dapper Dan, who recently published a memoir, "Made in Harlem."

At the VIP reception before the awards ceremony, Marley’s parents were positively beaming with pride.

“We are super-proud of her. She does a lot of hard work and she also maintains great grades,” Scott Dias, Marley’s father, told PIX11 News.

“She is normal and she cares about the world,” her mother, Janice Dias, added.

After all the awards and accolades, what do Marley’s parents hope for their 14-year-old powerhouse girl wonder?

“Happiness and joy. That she’ll grow up to be a joyful, happy adult,” Marley’s mother said. And her father agreed.