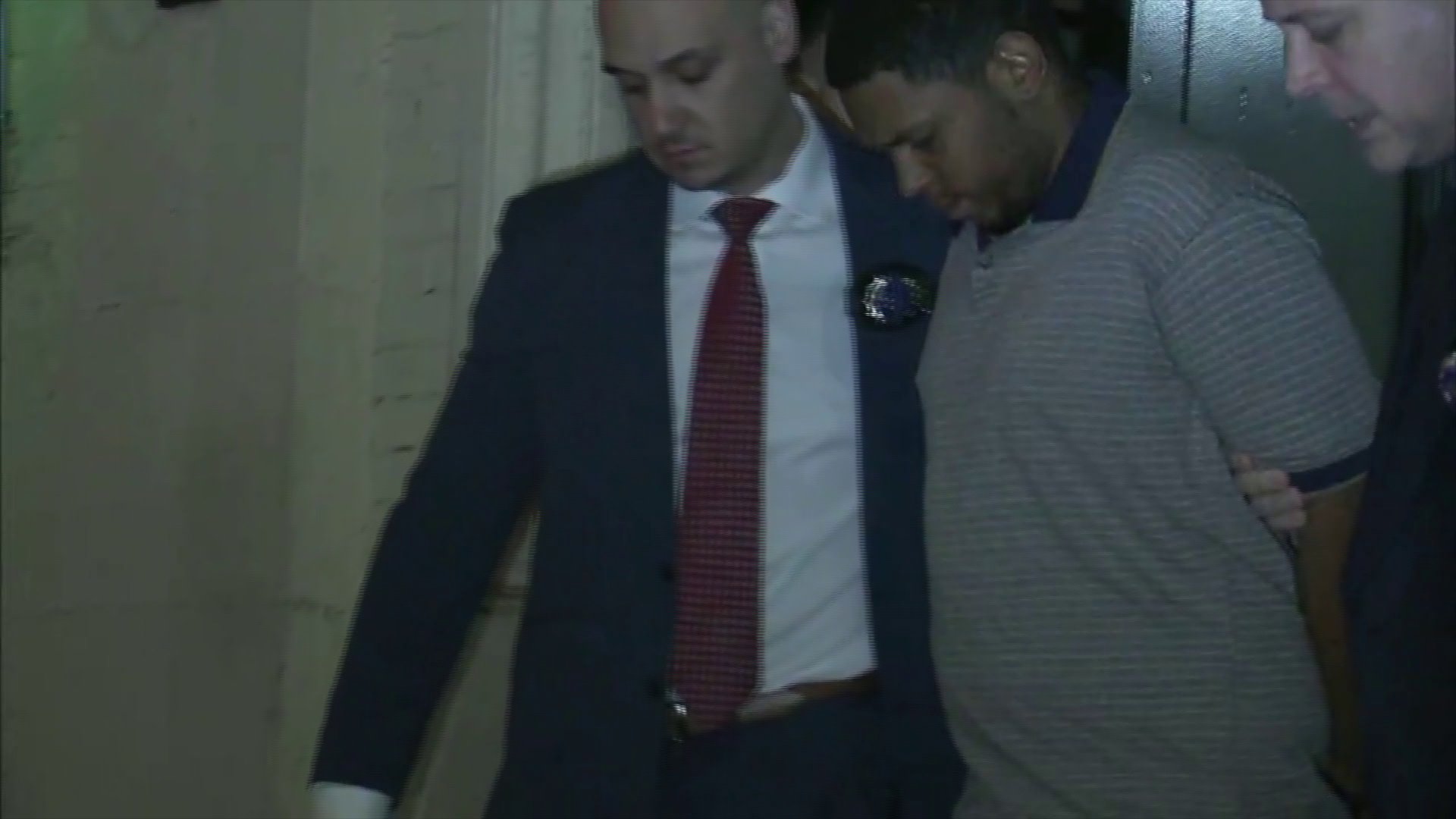 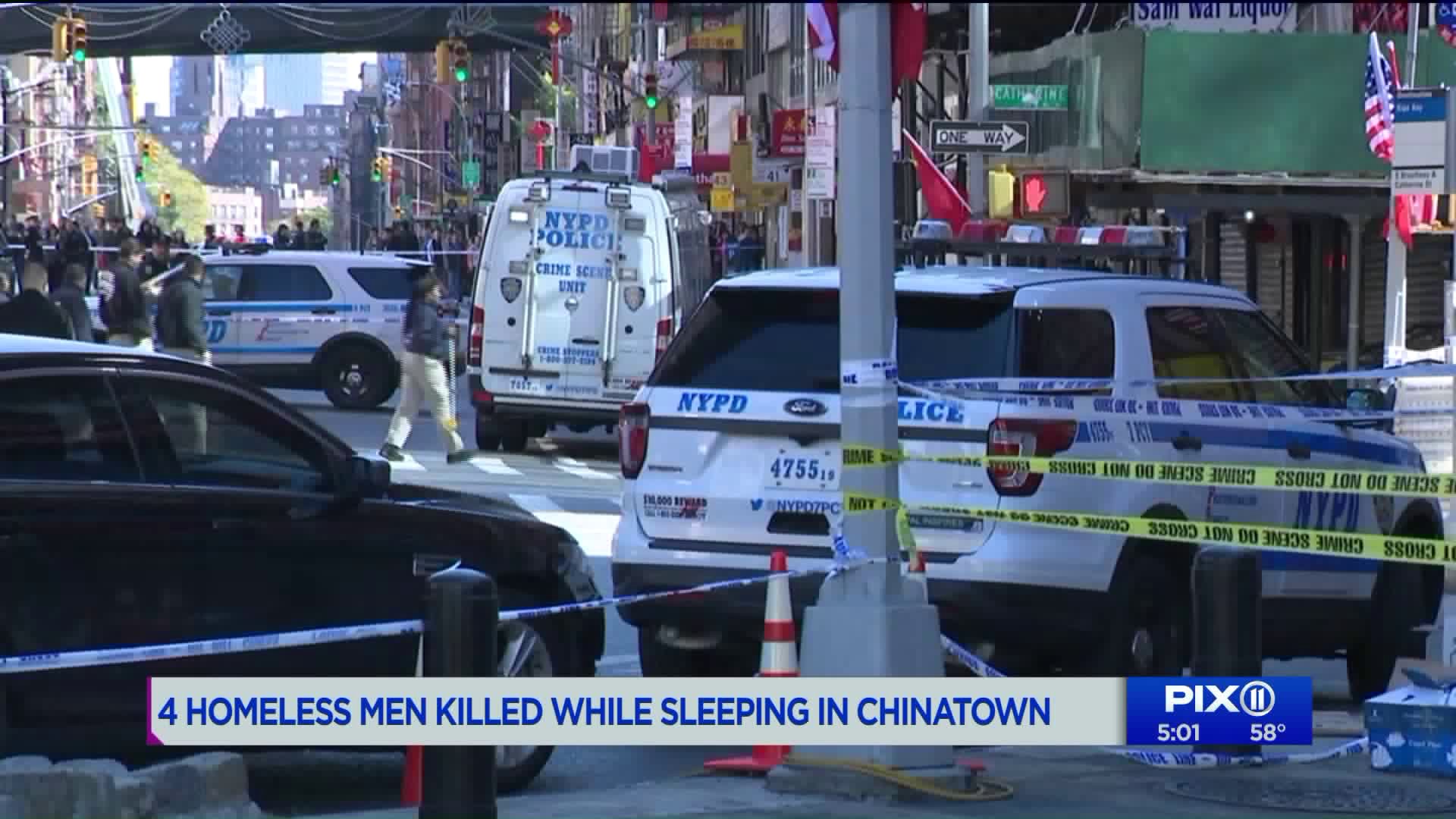 LOWER MANHATTAN — Four homeless men were killed, and another man was injured during an attack in Manhattan early Saturday.

Four homeless men were killed and another was injured during an attack in Chinatown Oct. 5, 2019. (Citizen App)

Authorities responded to the incident just before 2 a.m. in the vicinity of Doyers Street and the Bowery in Chinatown.

When they arrived, police found a man with trauma to his head, authorities said. He was pronounced dead at the scene.

Another 49-year-old man, believed to be homeless, went to police with a head injury, cops said. He was taken to the hospital in serious condition.

As police canvassed the area, they found three other homeless men dead along East Broadway with severe head trauma, according to authorities.

Witnesses informed police that an unknown man in dark clothes struck the victim numerous times in the head with a metal object, NYPD Assistant Chief Stephen Hughes said during a press conference Saturday.

A 24-year-old man who fit the description of the suspect was found holding a metal pipe. He was taken into custody, police said.

Law enforcement source tell the Associated Press that the suspect's name is Randy Rodriguez Santos, a man who has been arrested at least a half-dozen times in the past two years, including three assaults.

Police believe the incidents appeared to be random attacks.

Sections of Chinatown were taped off as police continued their investigation.

Shawn Min works in the area and says his heart goes out to the victims, "I believe they are harmless. They simply find a place to sleep or put a box out."

The suspect in the killing of four homeless men.

Kenneth Ellis, who is also homeless, was asleep when police woke him up and told him to take caution following the incident. "I might go to a city shelter in Brooklyn."

Coalition for the Homeless condemned the "callous attack," calling it a reminder that the homeless community lives "without the protection and privacy of a home" and the state should build deeply-subsidized housing to prevent further incidents from happening.

Authorities are asking anyone with information to the incident or anyone who believes they may have been a victim to a similar incident to call police.