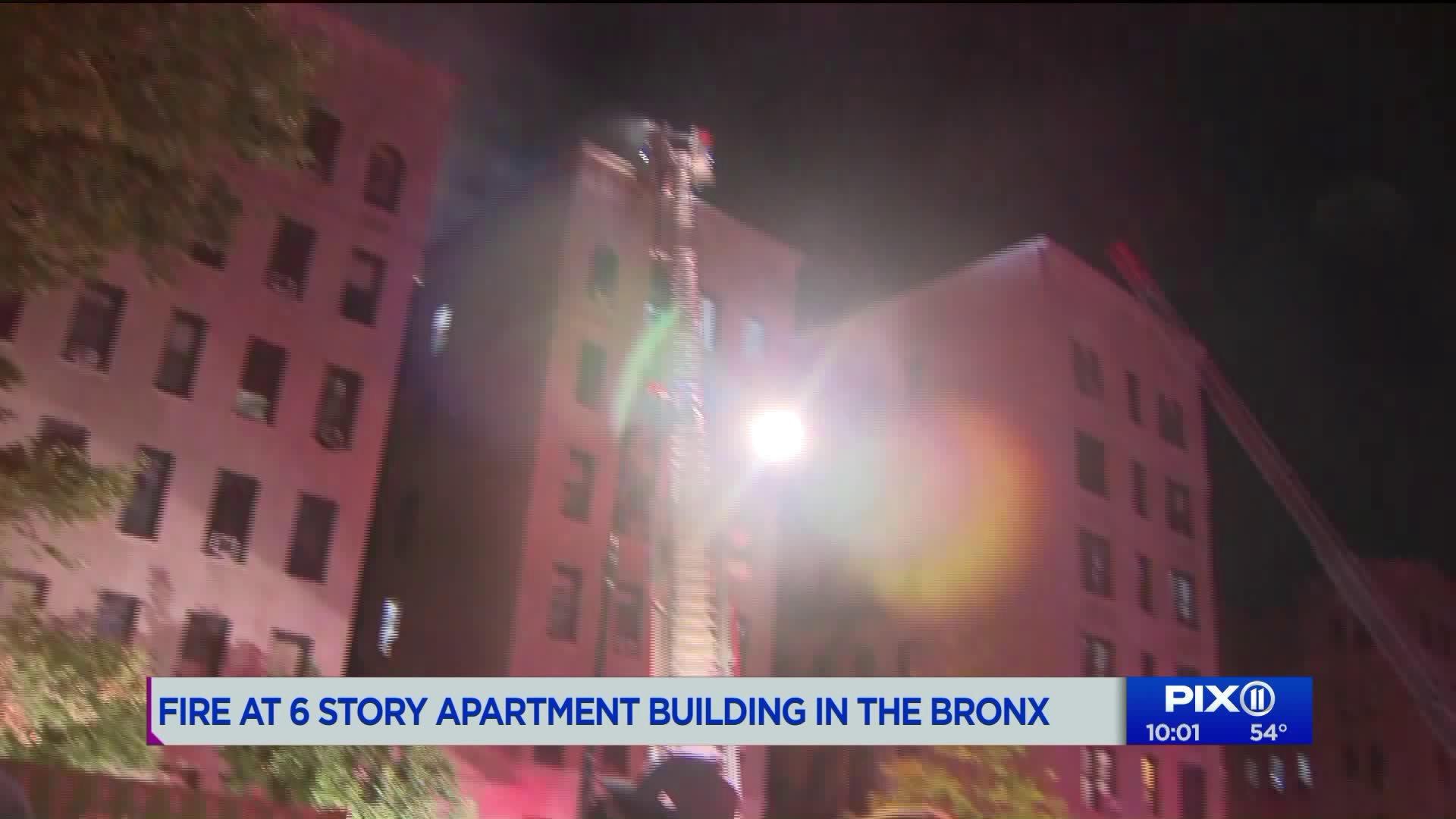 People are receiving medical attention after a five-alarm fire went through a six-story building in the Mt. Eden section of The Bronx.

THE BRONX — Ten people, including firefighters, were injured when a fire broke out at an apartment building in the Mt. Eden section of the Bronx Friday night.

Authorities responded to the blaze on the top floor and roof of a six-story building on Grand Concourse near Rockwood Street around 8:30 p.m.

Firefighters were seen carrying hoses up six flights of stairs.

Video from Citizen App shows heavy flames coming from the roof of a building.

According to fire officials, nine firefighters and one civilian sustained non-life-threatening injuries.

By midnight, firefighters were still operating and opening up hot spots to make sure the fire was fully extinguished.

Firefighters deemed the blaze accidental — caused by an electrical issue. Smoke alarms were present and operating.

Editor's note: This story has been updated with the number of injuries reported.