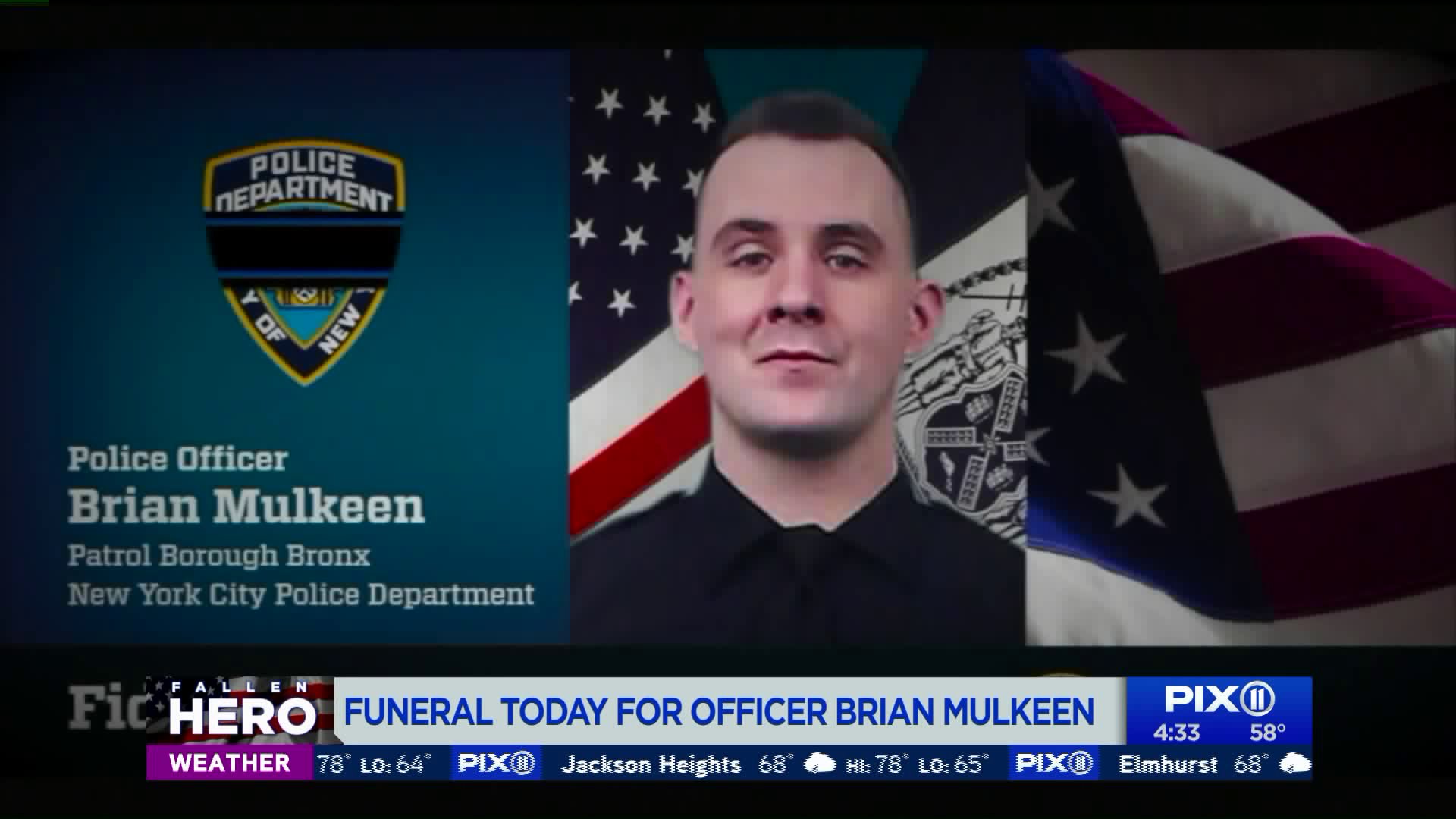 Funeral services for NYPD Officer Brian Mulkeen, killed by "friendly fire" while in a struggle with a suspect in the Bronx early last Sunday, will be held on Friday at 11 a.m. The funeral will be at Church of the Sacred Heart in Monroe. You can watch the funeral for the fallen hero live on TV on PIX11, on PIX11.com and on PIX11`s Facebook page. 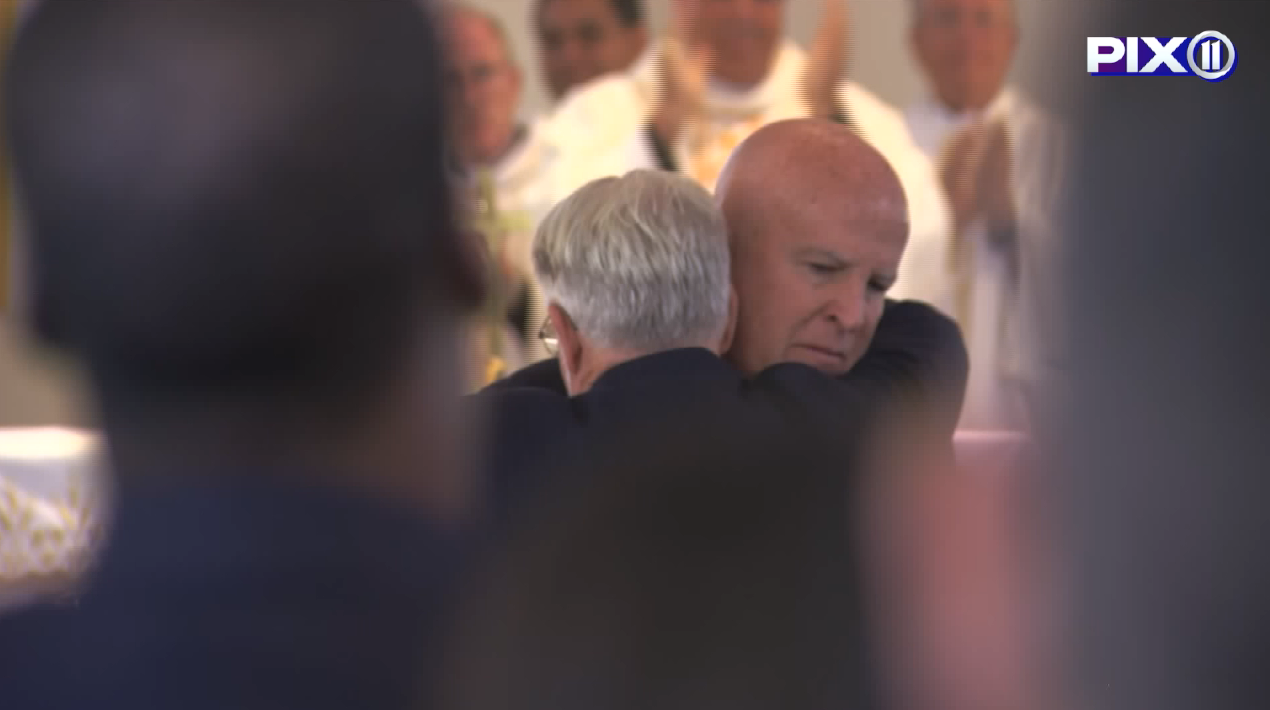 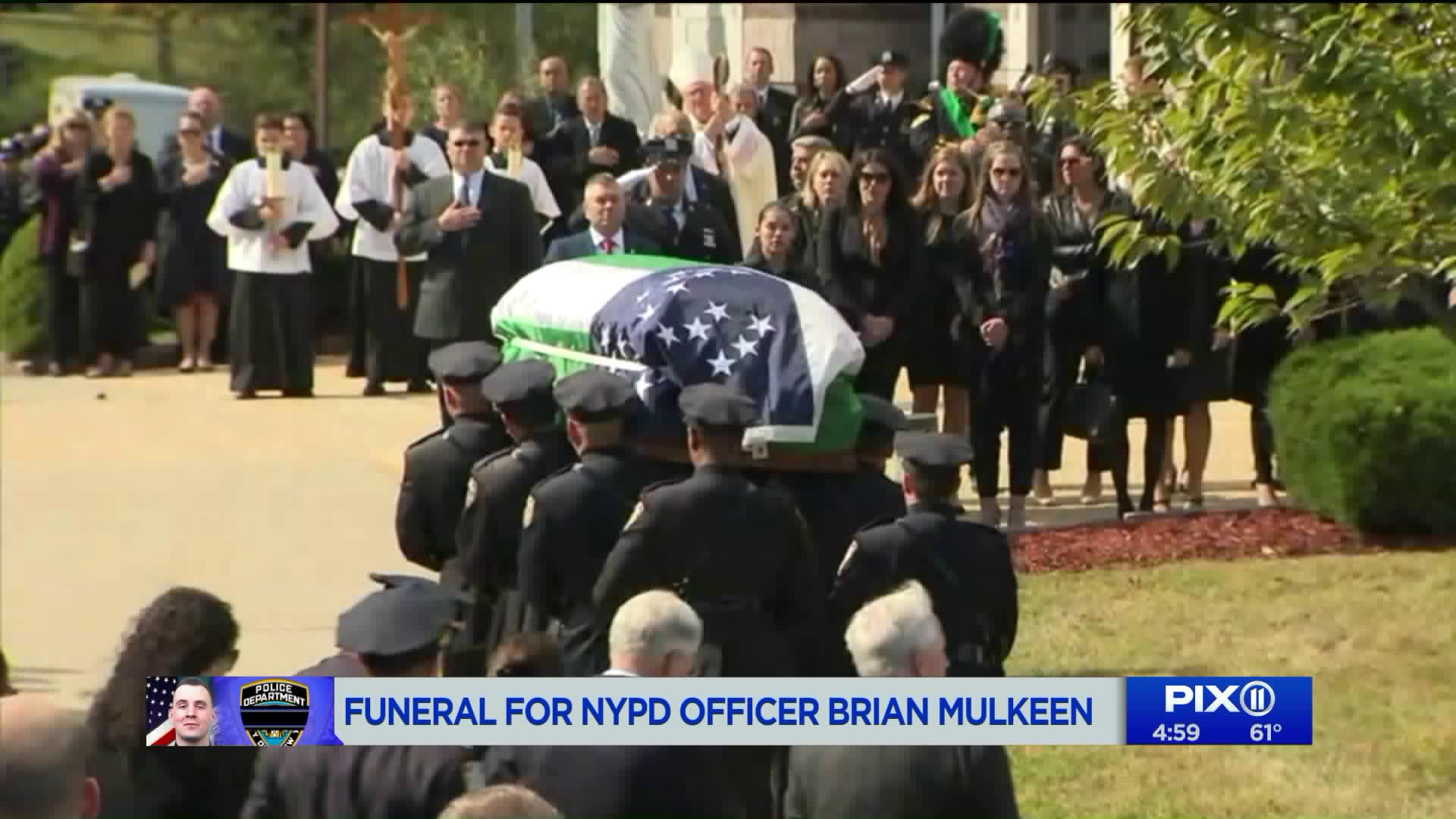 Funeral services for NYPD Officer Brian Mulkeen, killed by "friendly fire" while in a struggle with a suspect in the Bronx early last Sunday, were held in Monroe, New York.

NYC Mayor Bill de Blasio and members of the NYPD, including police commissioner James O'Neill, attended the funeral at the Church of the Sacred Heart, where they remembered Mulkeen as a man filled with ability and promise.

De Blasio discussed how Mulkeen went to school and "graduated on a conventional path," but he changed careers because he was "called to something else" and joined the NYPD. "He wanted to be at the frontline," de Blasio said. "He chose to be with the NYPD and we are forever grateful."

Police commissioner O'Neill also spoke and celebrated how Mulkeen was "nothing short of extraordinary" and was driven by purpose. Holding back tears, O'Neill said it was the hardest thing he had to do — saying goodbye to fellow NYPD members. "These are the cops who say goodbye to their loved ones on the way out the door and never come home. They went out to do a job that New Yorkers needed them to do."

Ahead of Friday's funeral, hundreds of mourners stood in the rain Thursday to pay their respects to the family of the 33-year-old officer at his wake at Smith, Seaman & Quackenbush Funeral Home, also in Monroe.

Bronx Borough President Ruben Diaz Jr. was at the wake and recalled the moment he got the call about the shooting.

"Your heart drops when you hear this," the borough president said. "Officer Mulkeen died a hero."

Many other city officials have spoken of Mulkeen's heroism and bravery in the past week since his fatal shooting.

"Make no mistake, we lost a life of a courageous public servant solely due to a violent criminal who put the lives of the police and all the people we serve in jeopardy," NYPD Commissioner James O'Neill said Monday.

Mulkeen and his partner were patrolling the streets around the Edenwald Houses, investigating gang activity, which included recent shootings in the area, when O'Neill said Mulkeen initiated a chase with Williams, who was carrying the allegedly illegal firearm.

Mulkeen was shot multiple times during what police described as as "violent struggle" with the armed man, who was also fatally shot. The medical examiner found the officer was shot in his head and torso.