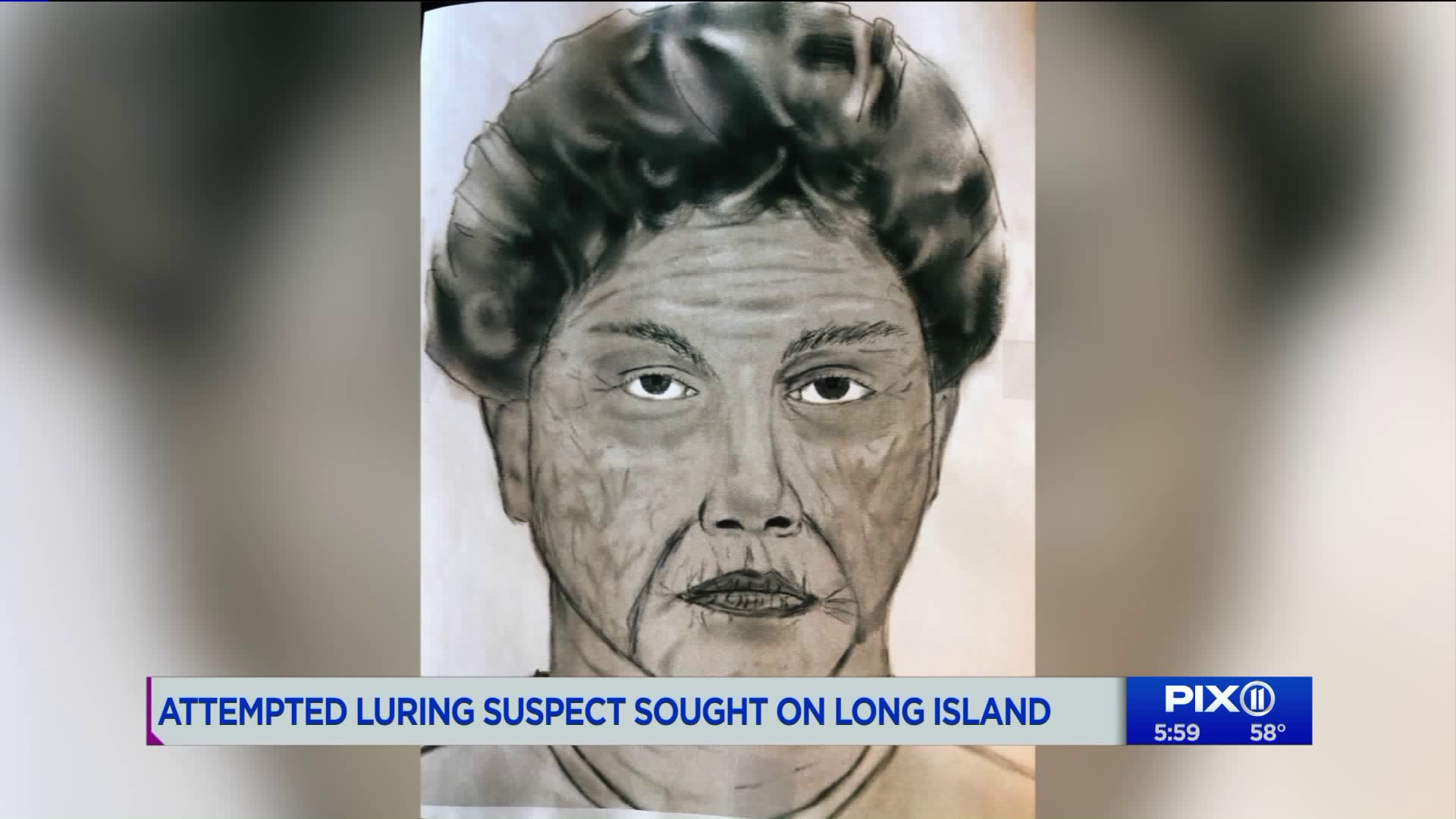 Police are looking for a woman and her accomplice accused of trying to lure a teen girl into their car on Long Island Thursday.

Police sketch of a woman wanted in an attempted luring in Great Neck, Long Island. (NCPD)

GREAT NECK, L.I. — Police are looking for a woman and her accomplice accused of trying to lure a teen girl into their car on Long Island Thursday.

According to authorities, a 14-year-old girl was walking home from school on Baker Hill Road, near Chadwick Road in Great Neck, when a newer-model four-door vehicle approached her.

The girl told police that an elderly female passenger opened her door, while the vehicle was still in motion, and tried to entice the teenager to get into the car multiple times, offering her a ride home.

There was a second unidentified person driving the vehicle, according to police.

The young girl took out her cellphone to make a call and the vehicle drove off, officials said.

The teen then ran home and reported the incident to her father and the police were contacted.

Nassau County police have released the above sketch of the woman being sought in connection to the attempted luring.

Detectives request anyone with information regarding this incident to call Crime Stoppers at 1-800-244-TIPS. All callers will remain anonymous.