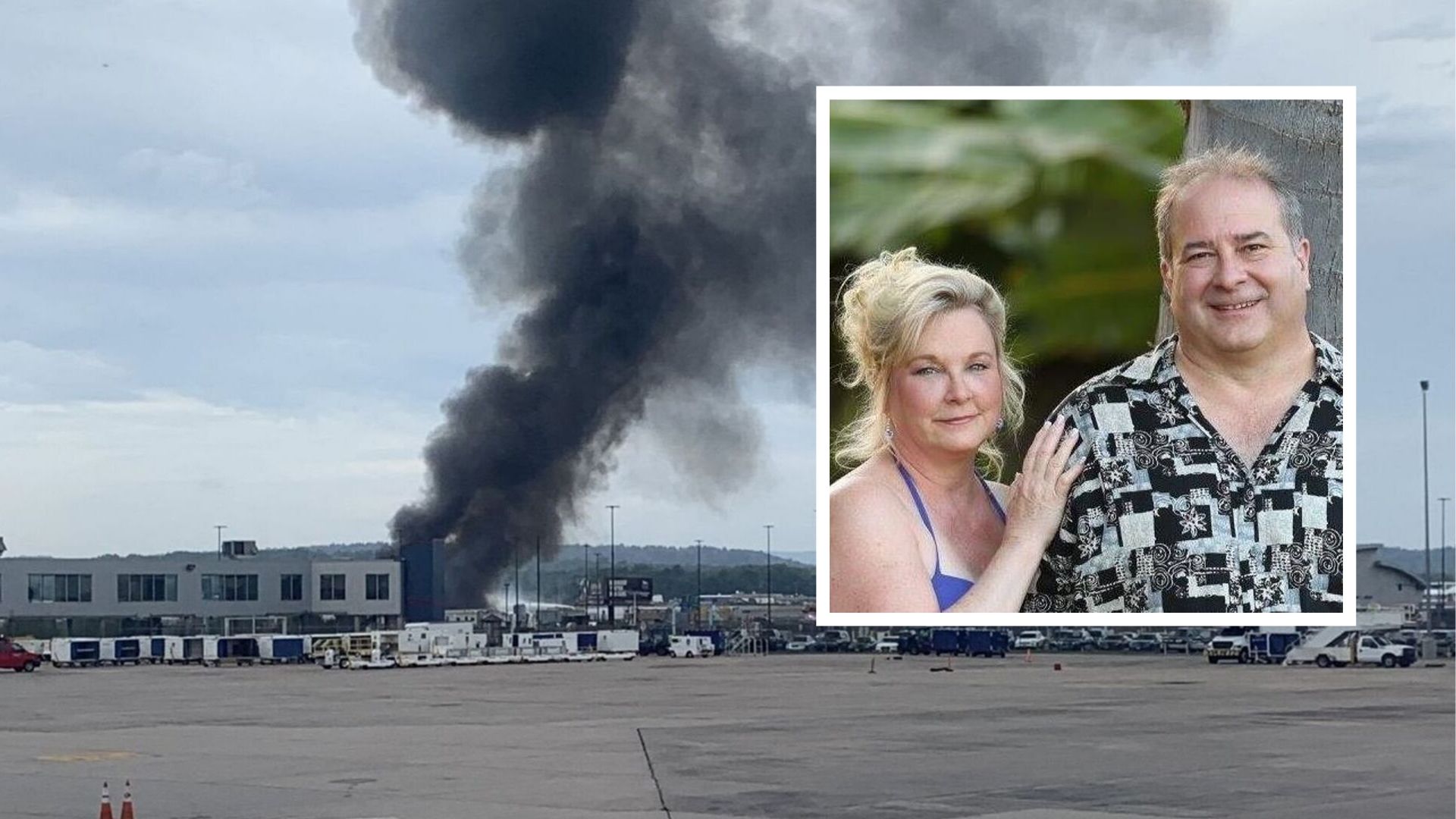 WINDSOR LOCKS, Conn. — A day after a seven people died when a World War II-era plane crashed at a Connecticut airport, the family of one of the victims spoke to PIX11 about the WWII-history buff.

Robert Riddell, 59, of East Granby, Connecticut, was the first victim to be identified from Wednesday's deadly crash when his wife, Debra Riddell, remembered him in a Facebook post Wednesday night.

Early Thursday morning, his step-daughter, Jessica Darling, told PIX11's Anthony DiLorenzo by phone that Ridell was "very passionate" about WWII history since he was a teenager.

"He died doing something that he loved to do," Darling said. "He went on this flight–He was really excited."

Ridell and his wife Debra, who have been married for four years, even went to Pearl Harbor for their honeymoon, Darling said, adding that he was planning a trip to Normandy, France, where the D-Day invasion took place, for his 60th birthday.

Darling said her mother, Ridell's wife, went with him for the flight in the vintage B-17 bomber Wednesday, but she watched from the ground. "She saw it happen," an emotional Darling said.

"She saw [the plane] coming in and thought it was having trouble, but thought it was turbulence," Darling recalled. "She was trying to film it but the camera didn't work, and then it went behind a building and crashed...She saw the smoke and fire."

In Riddell's wife wrote about the "long and tragic day" in her Facebook post Wednesday night, saying "words cannot express how devastated I am."

"Rob was the best person I've ever known," she wrote remembering her husband. "He was brilliant, loving, funny, reliable, compassionate...The world lost an amazing person today," she said before sending love to others who had lost loved ones in the crash and those who survived it.

Riddell's step-daughter echoed that sentiment while talking to PIX11. "I know everyone is concerned about us. There's a lot of people that survived that crash...[that are] badly injured. We want to make sure people are focusing on them," Darling said.

Seven people were killed when the vintage B-17 bomber crashed and burned Wednesday at Bradley International Airport, just outside of Hartford.

The aircraft, with 13 people aboard, encountered mechanical trouble on takeoff Wednesday, officials said.

The four-engine, propeller-driven plane struggled to get into the air and slammed into a maintenance shed at the Connecticut airport as the pilots circled back for a landing, officials and witnesses said.

There were 10 passengers on board and 3 crew members, according to officials.

Connecticut Public Safety Commissioner James Rovella said hours after the crash that some of those on board were severely burned, and “the victims are very difficult to identify.”

At least six people were taken to the hospital, three of them critically injured, authorities said. One person on the ground was also hurt.

The same plane also crashed in 1987 at an air show near Pittsburgh, injuring several people, the Collings Foundation said. Hit by a severe crosswind as it touched down, the bomber overshot a runway and plunged down a hill. It was later repaired.

The crash reduces to nine the number of B-17s actively flying, said Rob Bardua, spokesman for the National Museum of the U.S. Air Force, near Dayton, Ohio.

Boeing-built B-17 Flying Fortresses–74 feet (23 meters) long, with a wingspan of 104 feet (32 meters)–were used in daylight bombing raids against Germany during the war. The missions were extremely risky, with high casualty rates, but helped break the Nazis’ industrial war machine.

The B-17 that went down was built in 1945, too late to see combat in the war, according to the Collings Foundation.

It served in a rescue squadron and a military air transport service before being subjected to the effects of three nuclear explosions during testing, the foundation said. It was later sold as scrap and eventually was restored. The foundation bought it in 1986.