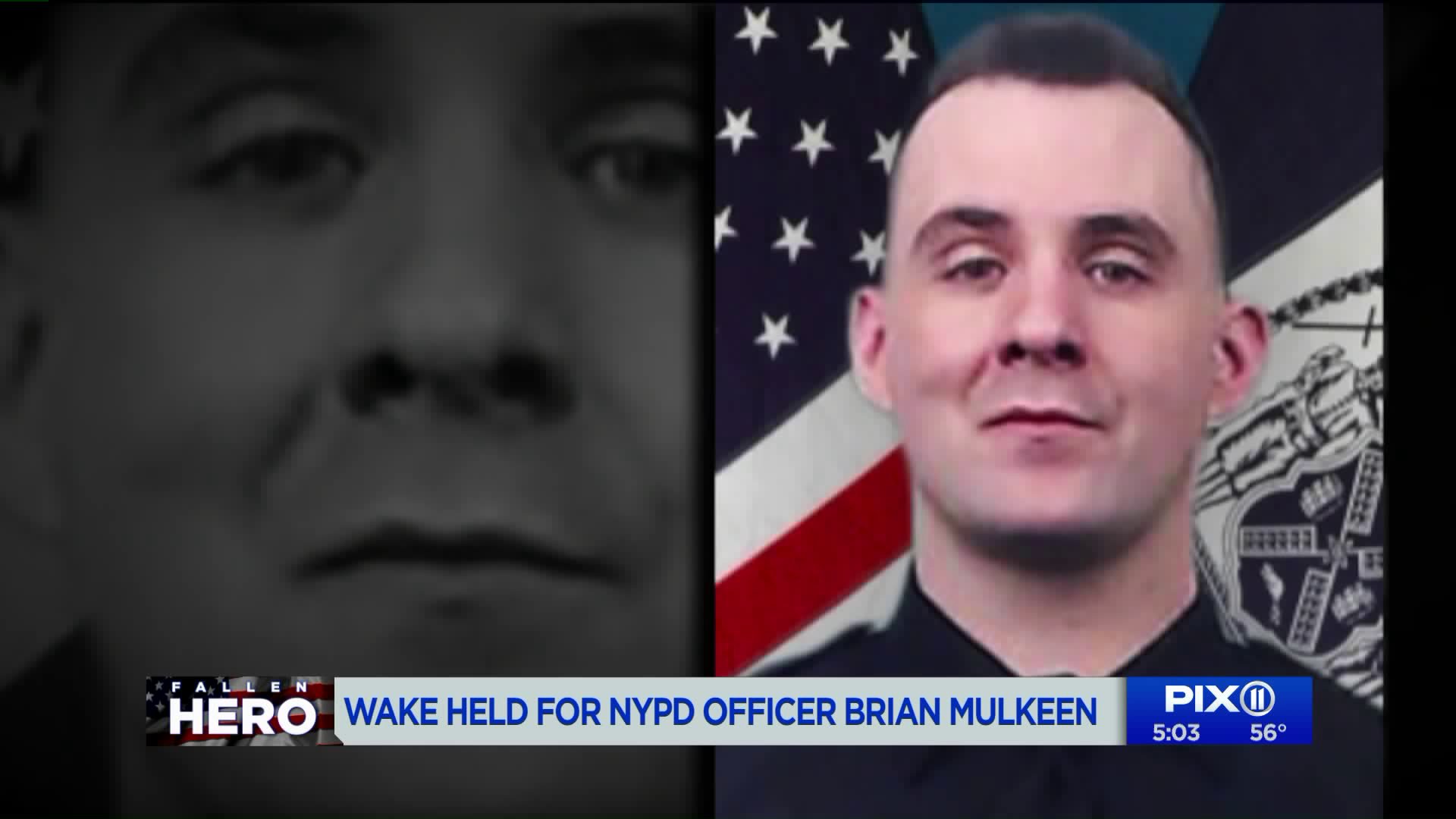 The community remembered Officer Brian Mulkeen Thursday, days after he was killed by friendly fire in the line of duty. Nicole Johnson reports.

MONROE, NY — Hundreds of mourners stood in the rain Thursday waiting patiently to pay their respects to the family of an NYPD officer killed by friendly fire earlier in the week.

NYPD Officer Officer Brian Mulkeen was fatally struck by two police bullets while struggling with an armed man Edenwald Houses in the Bronx after chasing and shooting at him Sunday in the Bronx, Police commissioner James O'Neill said.

Bronx Borough President Ruben Diaz Jr. was at the wake in Monroe. He remembers getting the call about the shooting.

"Your heart drops when you hear this," he said. "Officer Mulkeen died a hero."

"He could have made a lot of money, but he aspired to be a police officer, that was his lifelong dream and I respect him for that, David McMillen, deputy supervisor of Tuxedo, said.

He described Mulkeen as "very smiley" and "always positive."

Many officers say what they'll remember most is how Mulkkeen uplifted everyone around him. Video shows him singing with his partner just hours before his death.

His colleague, Bryan Mayhon, wrote: "Myself driving, Mulkeen in my passenger seat... this video was taken in the last hour of Brian Mulkeen's life."

"Little did we know that we were driving into a shootout that would end tragically. I wish I knew that this was the last song we would sing together. The last time we would be 98 together. The last gun we would grab together. Watch over us up on those country roads, I know your [sic] home," Mayhon added,