Trump now says both China and Ukraine should investigate Bidens 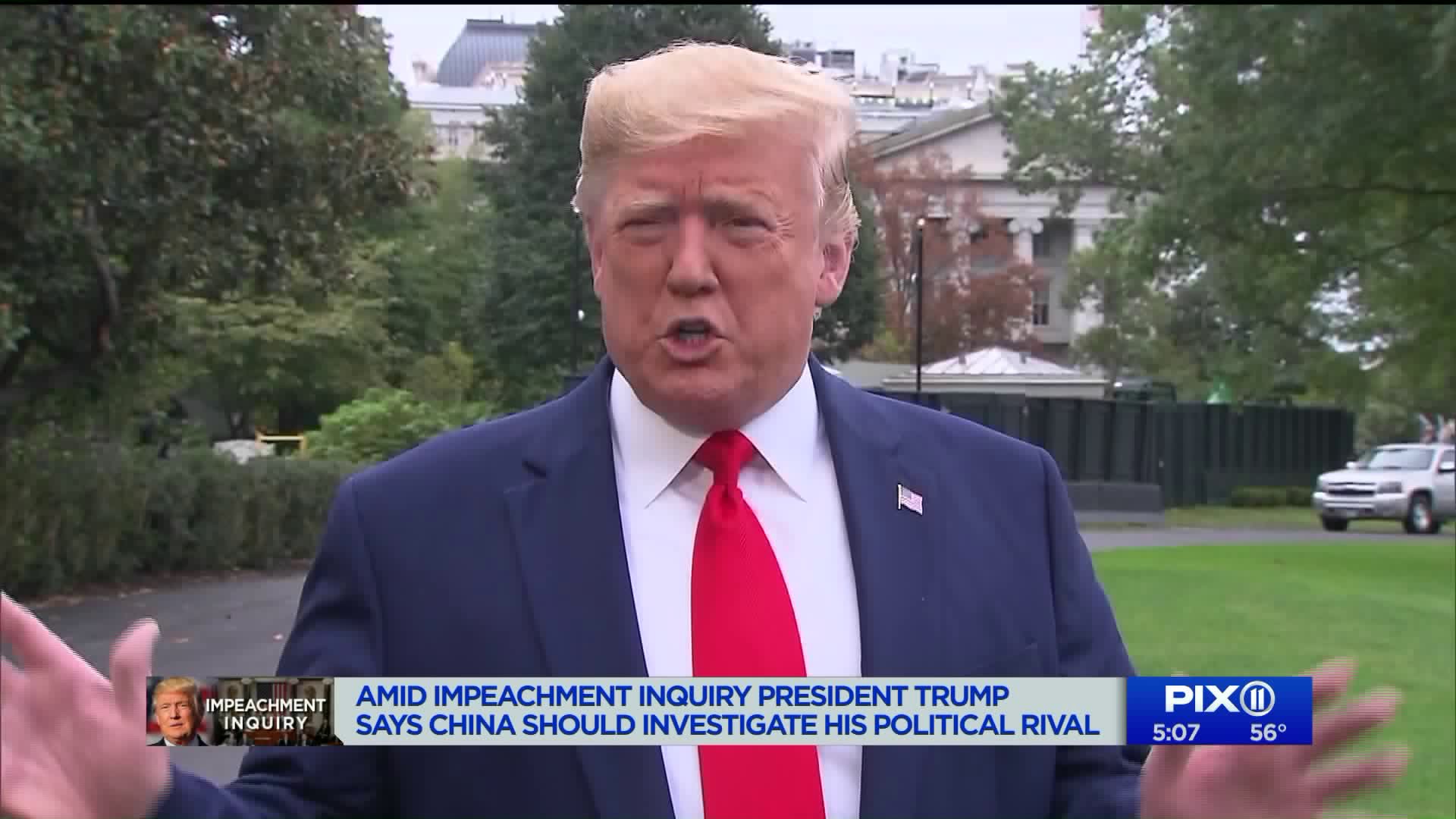 PIX11`s Henry Rosoff has the latest on the impeachment inquiry, as a local congressman announces his support for the investigation.

WASHINGTON — President Donald Trump said Thursday he wants both Ukraine  and  China to investigate  Joe Biden and his son after failing to answer a similar question on the topic the day before.

Speaking to reporters at the White House, Trump was again asked what he wanted Ukrainian President Volodymyr Zelensky to do with regard to the Bidens.

"Well I would think that if they were honest about it, they'd start a major investigation into the Bidens. It's a very simple answer. They should investigate the Bidens," Trump said.

Trump raised both Ukraine and China in his answer, saying he thinks both countries should investigate the former vice president and his son Hunter. There is no evidence of wrongdoing by Joe or Hunter Biden in Ukraine. There's also no evidence that the former vice president received any money from China and a lawyer for Hunter Biden pushed back on this characterization calling it "a gross misrepresentation."

The President repeated his criticism of a whistleblower complaint, saying it was "total fiction" and repeating his conversation with Ukraine's President was "absolutely perfect."

On Wednesday, Reuters' Jeff Mason had asked Trump the same questions, which is at the center of the impeachment storm. What did he want from Ukraine's President if it was not, as it appears from a transcript of their July 25 telephone call, dirt on his potential 2020 election rival Joe Biden?

When Mason, repeatedly but respectfully tried to follow up, Trump snapped: "Ask this gentleman a question. Don't be rude."

"I've answered everything. It's a whole hoax, and you know who's playing into the hoax? People like you and the fake news media that we have in this country," the President added.

But on Thursday, Trump laid out exactly what he wanted -- investigations of a potential political rival.

Trump says he hasn't yet asked his Chinese counterpart to investigate Joe Biden and his son.

But he said it was something he'd consider, alleging the Bidens engaged in wrongdoing.

"I haven't but clearly it's something we should start thinking about," he said when asked whether he'd raised the matter with China's Xi Jinping.