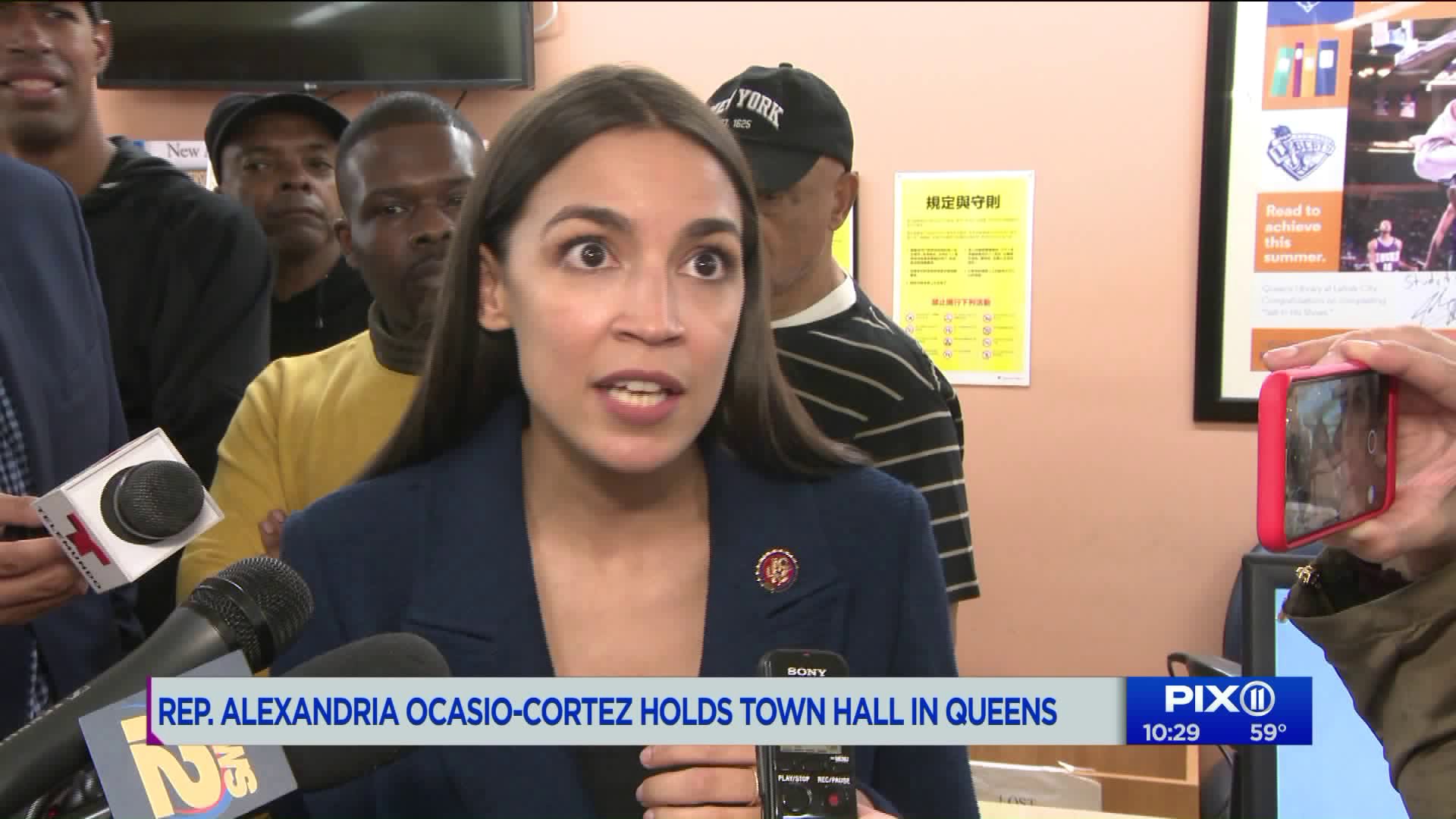 Congresswoman Alexandria Ocasio-Cortez pushed a new plan designed to lower the poverty line so that more people can have access to benefits at a Thursday town hall at Queens Library in Lefrak City. The package of bills, known as A Just Society, also includes plans to give renters more protection against landlord and plans to get health care for all.

CORONA, QUEENS - Rep. Alexandria Ocasio-Cortez was back in her home district Thursday night and held her latest Town Hall. About 100 people packed the room inside the Queens Library Branch in Lefrak City.

"We introduced our next major legislation known as A Just Society," said the Congresswoman.

She pushed her new plan called A Just Society - a package of bills that includes lowering the federal poverty line so more people can have access to benefits, helping renters have more protection against landlords and healthcare for all.

When pressed about the cost of such legislation, she responded "These are changes to our rules that cost nothing it cost nothing to cap our rent increases its negligible to hold abusive landlords accountable."

While "A Just Society" was her focus - the Town Hall delved into a wide range of topics including the one on the national forefront - the impeachment inquiry into President Donald Trump over his controversial phone call to Ukraine where he asked that country's leader for help digging into political rival Joe Biden’s son.

She was referring to Mr. Trump earlier Thursday calling on China to investigate Hunter Biden as well.

Ocasio-Cortez also said she is not in favor of Mayor Bill de Blasio's plan to replace Rikers with smaller, borough-based jails, saying the money could be better spent on some of the city's other problems.

"It's one of our largest infrastructure investments we will make as a city," said Ocasio-Cortez. "$11 billion and it won't be put towards homelessness, fixing subways, repairing NYCHA, instead it will be towards incarcerating people."

The Town Hall lasted over two hours. It also caught the attention of President Trump and his son, Don, Jr. The President tweeting "AOC is a whack job."