Husband runs over wife, attacks her with machete in Bronx killing: police 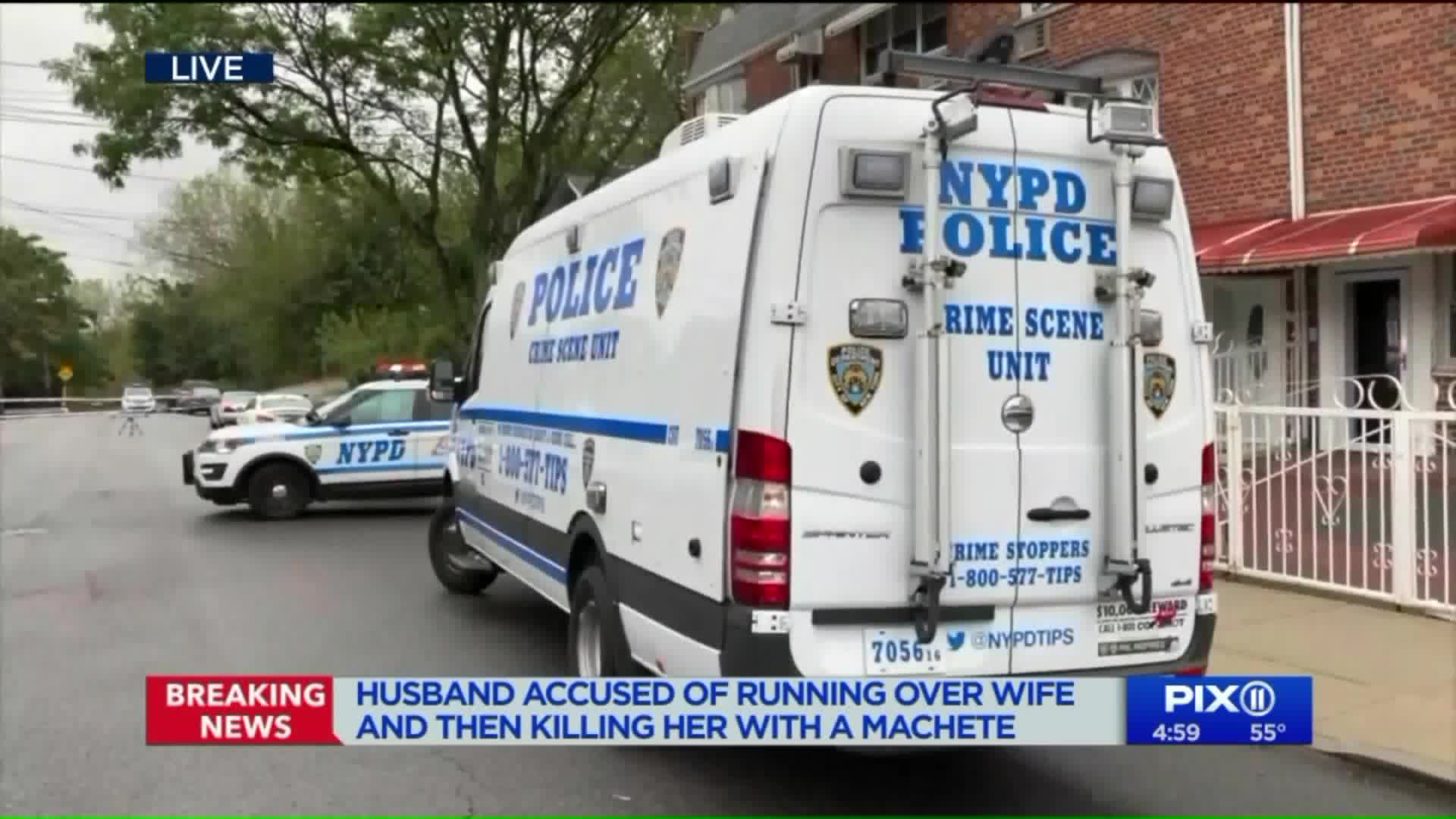 The man is believed to be the woman`s estranged husband, police said. Jay Dow reports from the scene of the breaking news. 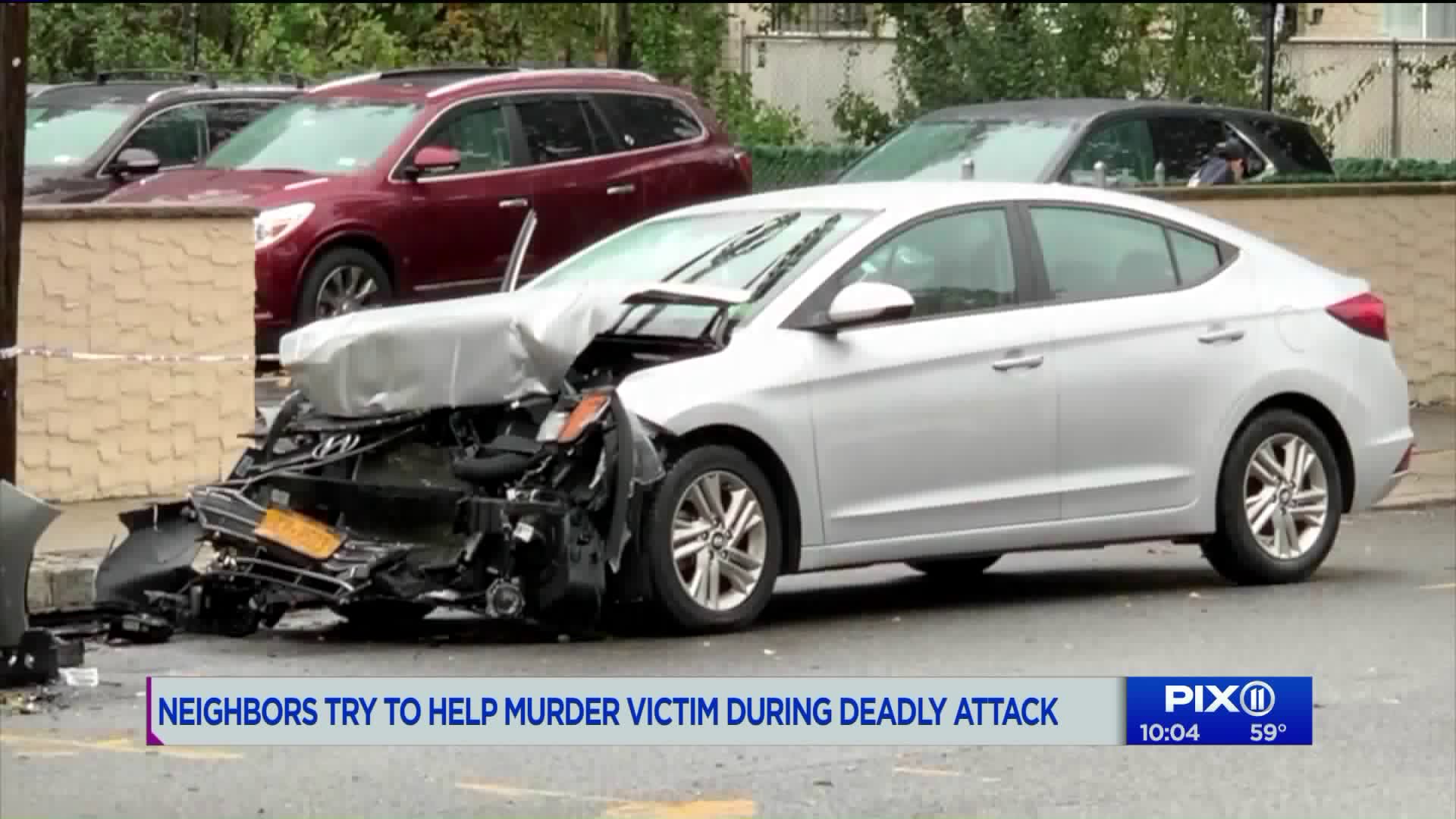 THROGS NECK, the Bronx — A Bronx man is accused of running over his wife with a vehicle and then hacking her with a machete, killing her, according to police sources.

The NYPD identified the victim as Noelia Mateo.

A police spokesperson said officers responded to a call near 533 Ellsworth Ave. in the Throgs Neck neighborhood of the Bronx around 7 a.m. Thursday, and discovered the 58-year-old woman unconscious. She was pronounced dead at a local hospital, police said.

Police sources said her estranged husband — who is on the loose — ran over her with a vehicle before attacking her with a machete.

Bronx resident Victor di Cristina lives across the street and witnessed what happened.

"He gets in there, starts it up, puts the car in reverse, bangs into the car in back of him," he said. "Then put it in forward, come forward and run over her again."

Di Cristina opened his door and ran out, trying to stop the man.

"He ended up with a machete and he's banging away at her with a machete," he said. "I ran over there. I was about 10 or 15 feet away from him and I was screaming at him to stop."

Di Cristina wasn't the only witness, according to Ritchie Bonilla, who lived next to the victim. Her grandkids saw what happened.

"She was bleeding all over the place," Bronx resident Ritchie Weinagner said. "He was already gone and everybody was screaming."