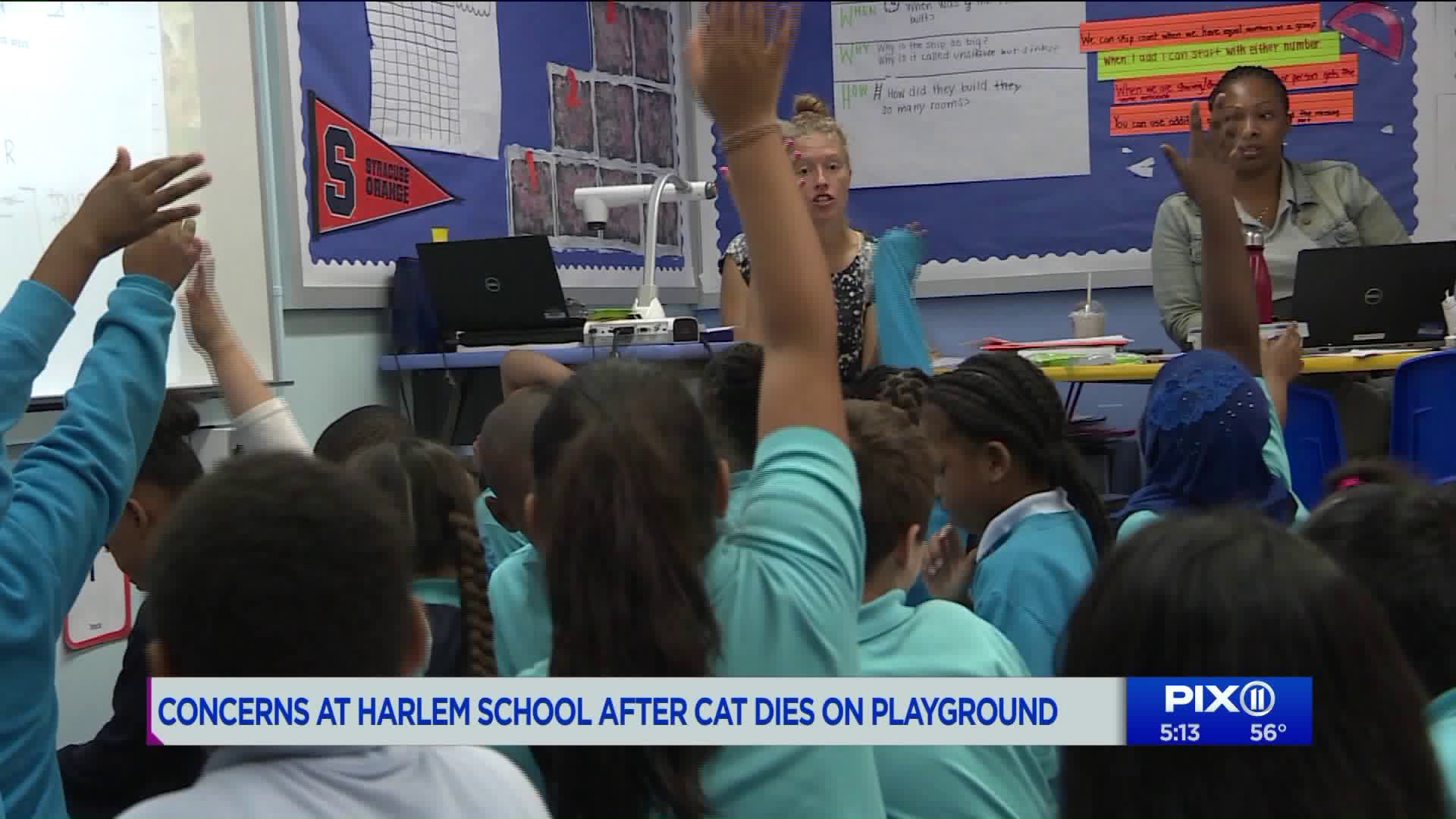 Andrew Ramos talks with parents and administrators that say a high-rise building is responsible for trash being thrown onto a school playground, and even a cat falling to its death.

HARLEM, Manhattan — A school in Harlem is dealing with what they call a nightmare neighbor.

Tenants in a nearby apartment building are being accused of throwing trash from their units into the school's playground. Parents and administrators are fired up over a recent incident when a cat was thrown from a window in the middle of recess. It died as students watched in horror.

“There are some who saw it and that is not something students should be dealing with when they’re leaving their school day,” Glen Davis, a principal at KIPP told PIX11.

“There are a lot of days that we actually don’t have recess because we are really concerned about the safety of the kids,” she told PIX11.

Complaints have been filed with the NYPD and with the building's management company, Urban American Management.

The company told PIX11 it has “taken aggressive action in response to instances of items falling” adding that it has installed video cameras and regularly offer rewards for information.

A spokesperson said the building is in “regular contact” with the school. It’s a claim school administrators dispute, citing that it’s one of the reasons why they called PIX11.

Yusef Jeffries, whose daughter attends the school, said action needs to be taken now before it’s too late.

"Children should be allowed to play in the playground without worrying about getting shot or having something beat down on their head," he said.