Wednesday’s unseasonably gorgeous weather brings many to the beach, as search continues for two lost swimmers 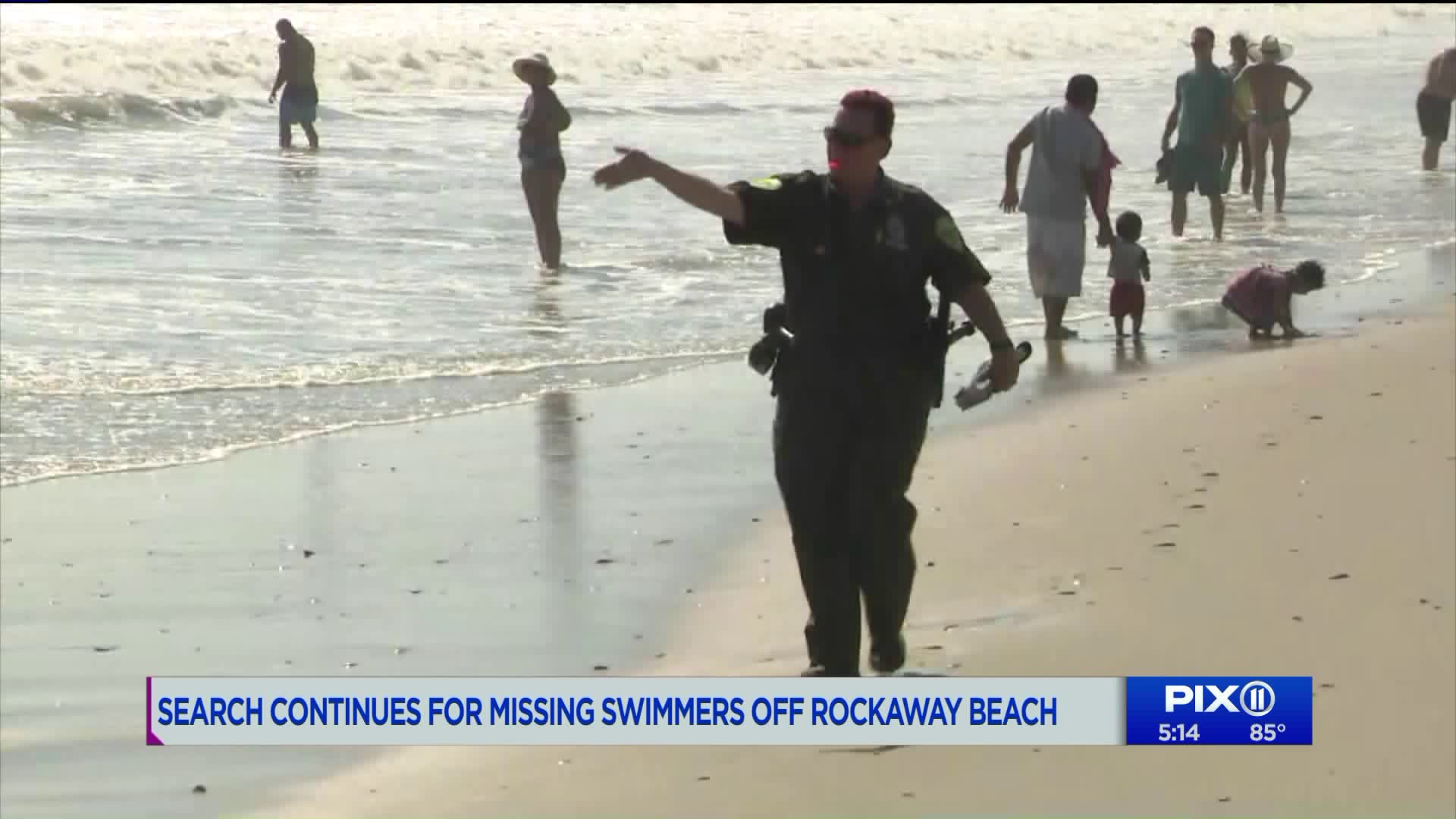 Witnesses say five teenage friends were initially swimming in the ocean when the water got rough. Two made it out immediately but the other three were clearly in trouble. Police say it appears as if the current claimed two young lives.

ROCKAWAY BEACH, Queens — Wednesday was a perfect beach day for anyone lucky enough to take advantage of it. Hundreds upon hundreds were able to do so in Queens, but the conditions that made their day enjoyable were similar to those that prompted a group of teens to enter the surf hr day before, leaving two of them missing, and presumed drowned.

Wednesday’s steady sea breeze, sunny skies and temperatures in the upper 80s also made for favorable conditions for the FDNY and NYPD search vessels. There were also patrols on beach vehicles and on foot continuing potentially gruesome search.

“Tragedy,” said beachgoer Ewa Weglarz. “Tragedy for two mothers and families. But we are [both] happy here and in mourning.”

She was like many people out on the beach, who were well aware of what had happened near Beach 95th Street Tuesday afternoon.

Around 3:30 p.m., three teenage boys got into the surf. It was rough, and they got pulled out to sea. Some surfers were barely able to save one of them. The other two, ages 15 and 16, have still not been found.

A police helicopter flew over the beach Wednesday as part of the search for the boys. It was part of an array of city resources devoted to not only recover their bodies, but also help prevent other beachgoers from getting into danger.

It sent Parks Service officers out to keep people out of the water, and in the heat and sun of Wednesday, their work was cut out for them.

Still, some beachgoers said that the city had needed to make similar efforts before tragedy had struck.

“Where's our mayor? What are you doing? What's going on?” asked Debbie Brumer, adding, “Jones Beach was open last weekend. They have lifeguards.”

Jones Beach is in neighboring Nassau County. The city has no lifeguards posted at beaches after the weekend following Labor Day.

Eddy Pastore, a local resident who also serves on the community board here echoed Brumer’s sentiment. He said that the city’s efforts on Wednesday were welcome, but, “Why didn't they do it Monday and Tuesday, when the kids were out of school?”

The search for the bodies of the two teens continues.