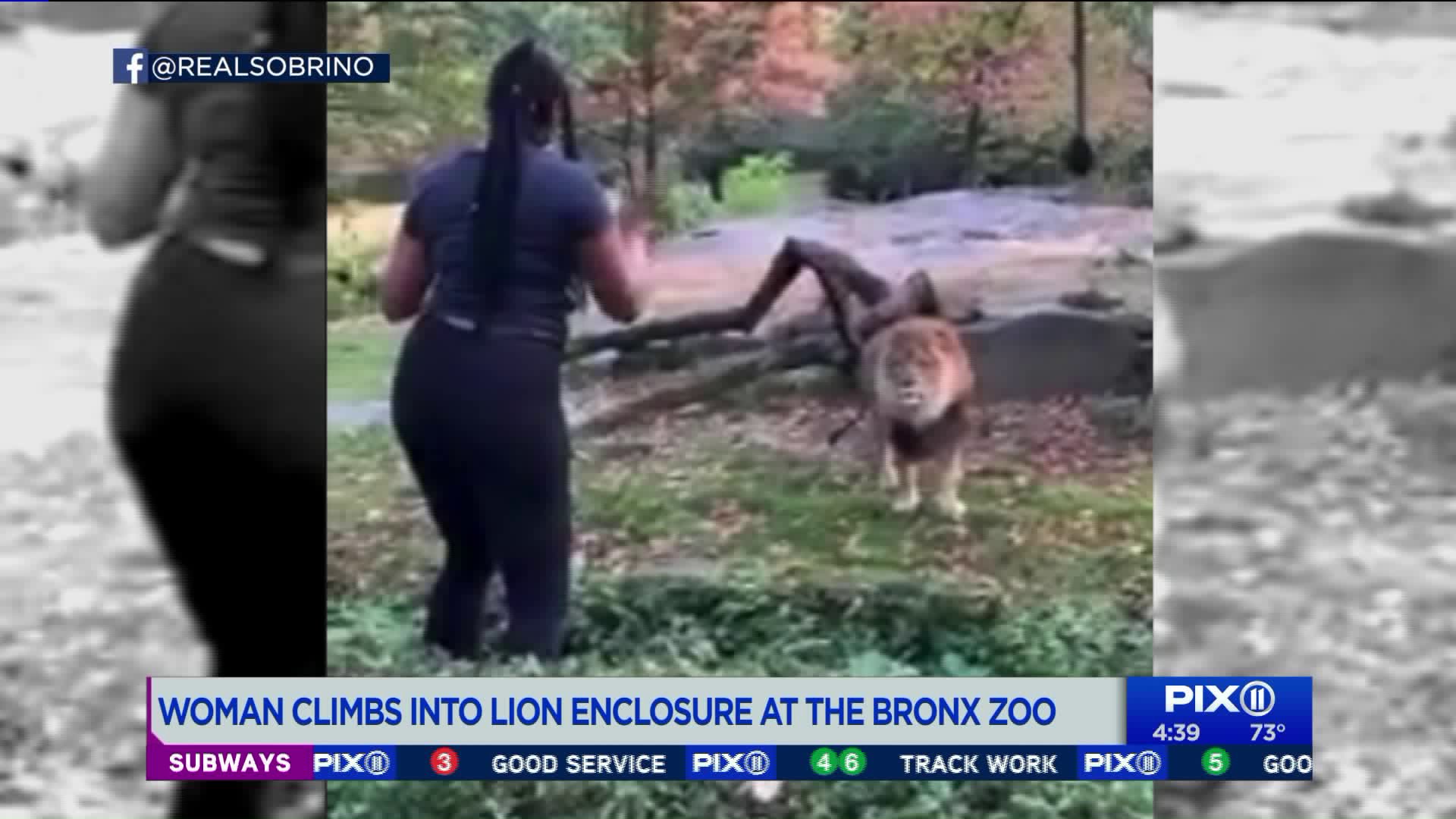 Video of a woman seemingly entering the lion`s den at the Bronx Zoo is going viral, with an NYPD spokesperson confirming its legitimacy. "We are aware of the videos. This incident is being investigated for criminal trespassing," according to police. The woman is seen in a social media video waving to the lion from across a moat that separates the animals from visitors. Another video shows the woman climbing over the wooden safety barrier before stopping at the edge of the moat. The zoo says this was a "serious violation and unlawful trespass." The Bronx Zoo says they have a "zero tolerance policy on trespass and violation of barriers."

THE BRONX — The Bronx Zoo says the woman who trespassed inside its lion enclosure on Saturday put herself in serious danger.

The Bronx Zoo says the woman who trespassed inside its lion enclosure on Saturday put herself in serious danger. (@realsobrino/Instagram)

"This action was a serious violation and unlawful trespass that could have resulted in serious injury or death," a zoo spokesperson said of the woman who climbed over a visitor safety barrier at the African lion exhibit.

The woman can be seen dancing and waving her hands as if taunting the lion to move in a video from a bystander at the exhibit.

In the video, the woman does not appear scared or concerned even as the lion takes a few steps closer to her, and bystanders -- including young children -- could be heard talking in the background.

NYPD Detective Sophia Mason told CNN nobody called 911 and no arrests were made, and they were just notified Tuesday. They had no further information to provide.

The Bronx Zoo filed a complaint for criminal trespass, according to the NYPD.

It is unclear how the woman got over the barrier or how long she was there. Neither the woman nor the lion were injured in the incident.

"Barriers and rules are in place to keep both visitors, staff and animals safe. We have a zero tolerance policy on trespass and violation of barriers," the zoo said.