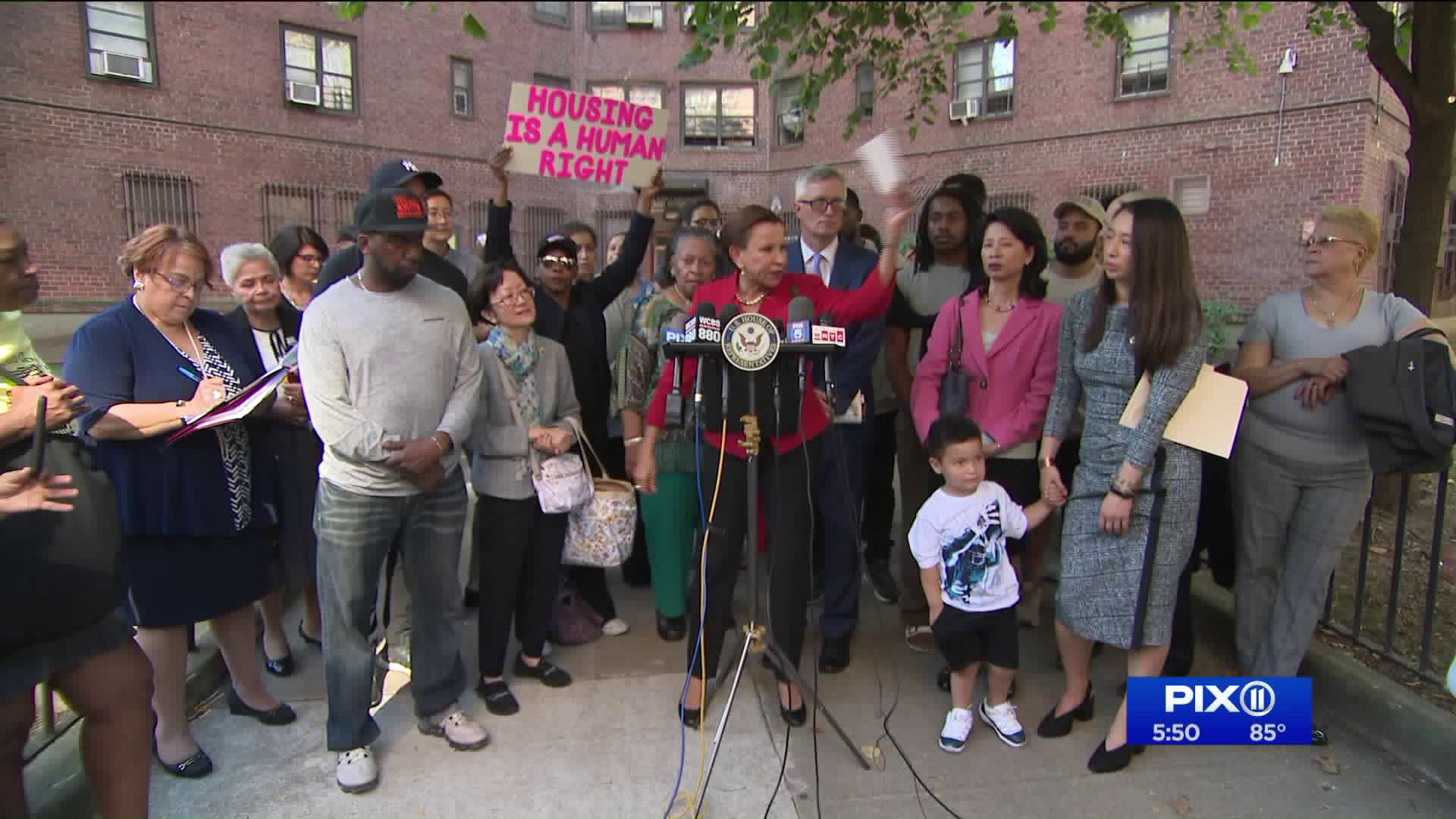 Congresswoman Nydia Velazquez, who represents Brooklyn , Queens and Manhattan, says conditions in public housing are now a national crisis. Velasquez is now introducing a bill that would demand $70 billion to fix public housing nationally, including $32 billion for NYCHA.

“What we need is a bold proposal with $70 billion dollars,” said Velasquez.

Velasquez said she is backed by political musclel every member of the New York City congressional delegation has cosponsored the bill.

The bill is asking for $70 billion from the US Department of Housing and Urban Development (HUD) to update public housing nationally.

PIX11 was there in Harlem when Governor Andrew Cuomo declared a state of emergency for NYCHA.

HUD Regional Director Lynne Patton called conditions inside public housing last winter a national emergency when she stayed in NYCHA for a month.

Velasquez said it’s time to show the money to the people of public housing. She admitted the bill will be a tough sell in Washington after decades of disinvestment, Velasquez said city and state officials also need to step up.

She has a  message for President Trump.

“Throwing valuable tax-payer dollars at the decades long culture of mismanagement and fraud that is NYCHA does not fix the problem. This Administration has given more funding to NYCHA than any other administration since 1997, totaling nearly $30 million dollars per week, yet the distressed conditions never change. If Congresswoman Velasquez wants this bill to truly help her long-suffering constituency, then she will work with HUD and Secretary Carson’s federal monitor to ensure that any/all future Congressional funding is allocated in a fiscally responsible and effective manner."

"Public housing requires a massive infusion of capital to help improve NYCHA buildings and resident homes," the spokesperson said. "We are grateful for Congresswoman Nydia Velazquez and the New York delegation for their leadership in pushing this new legislation and fighting to secure more funding for public housing across the country."