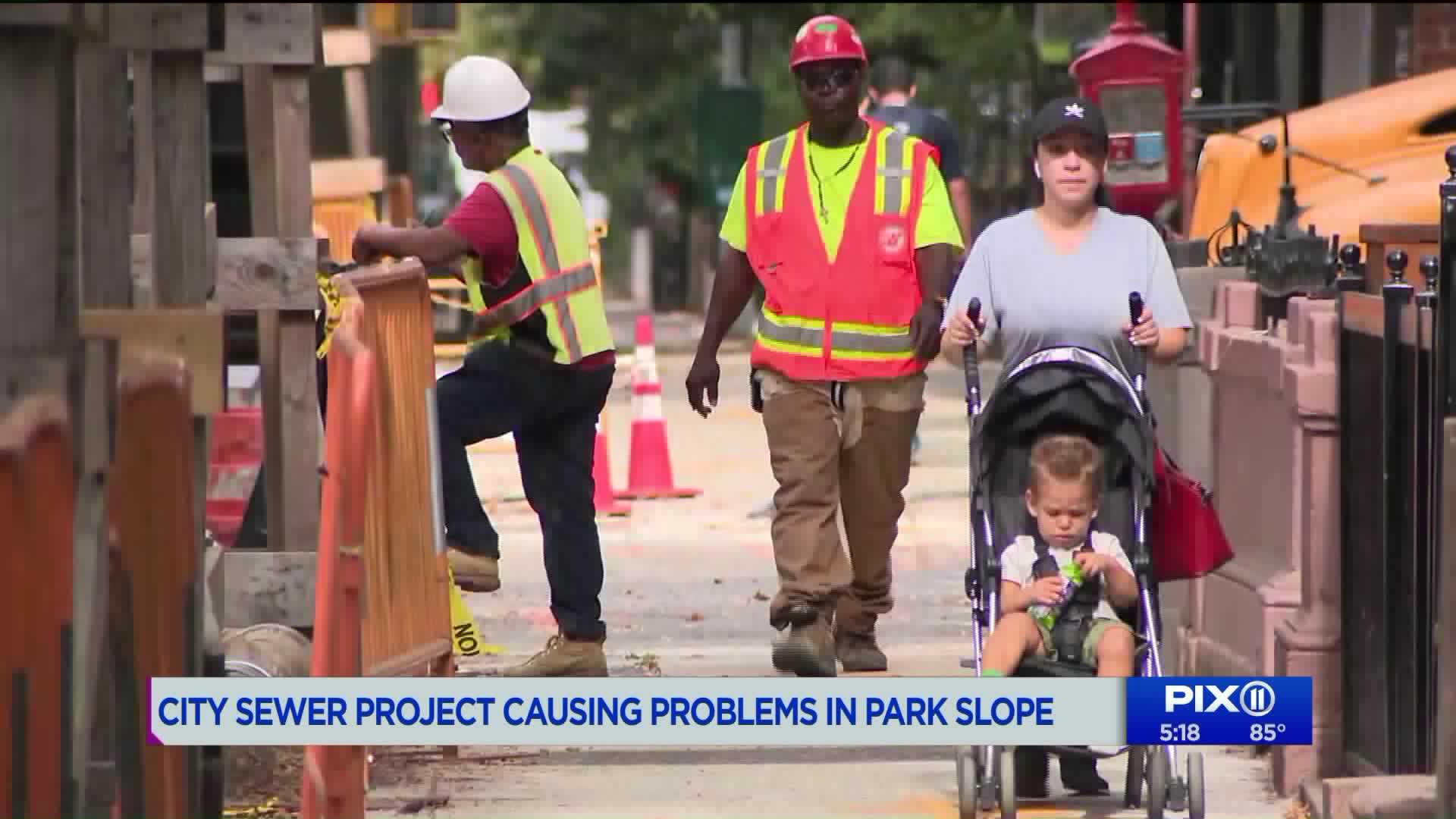 Henry Rosoff reports on flooding concerns in Park Slope as a major construction project drags on.

PARK SLOPE, Brooklyn — Neighbor say a city sewer project is causing water to seep and back up into their homes. They say the city has been unresponsive to their concerns.

This construction runs along 6th Avenue from Union Street to Park Place, but it’s part of a broader sewer and water main project happening in the area.

Neighbors along 6th and every side street in between say they have experienced flooding since the project started months ago.

Resident Matt Kaplan took PIX 11 down into his basement to see the sand that seeped in last time it flooded and the water line on the wall.

He said this was a dry basement for decades, including through Sandy.

“This was an absolutely bone dry cellar, always been that way for years, and we’ve been here 47 years,” Kaplan said.

Other neighbors report damaged foundations and facades as well from the constant hammering of support beams for the project.

A spokesman for the city Department of Design and Construction, which is overseeing the contractor Triumph, admits the department does not know why the flooding is happening.

The city hired an outside engineering firm to investigate and increased temporary pumping capacity to clear water from the area. The spokesman also said the current phase of the project is set to wrap up in five or six weeks.

A city spokesman said residents are welcome to file a claim with the Comptroller’s office. Neighbors are already in touch with attorneys and engineers and planning legal action.