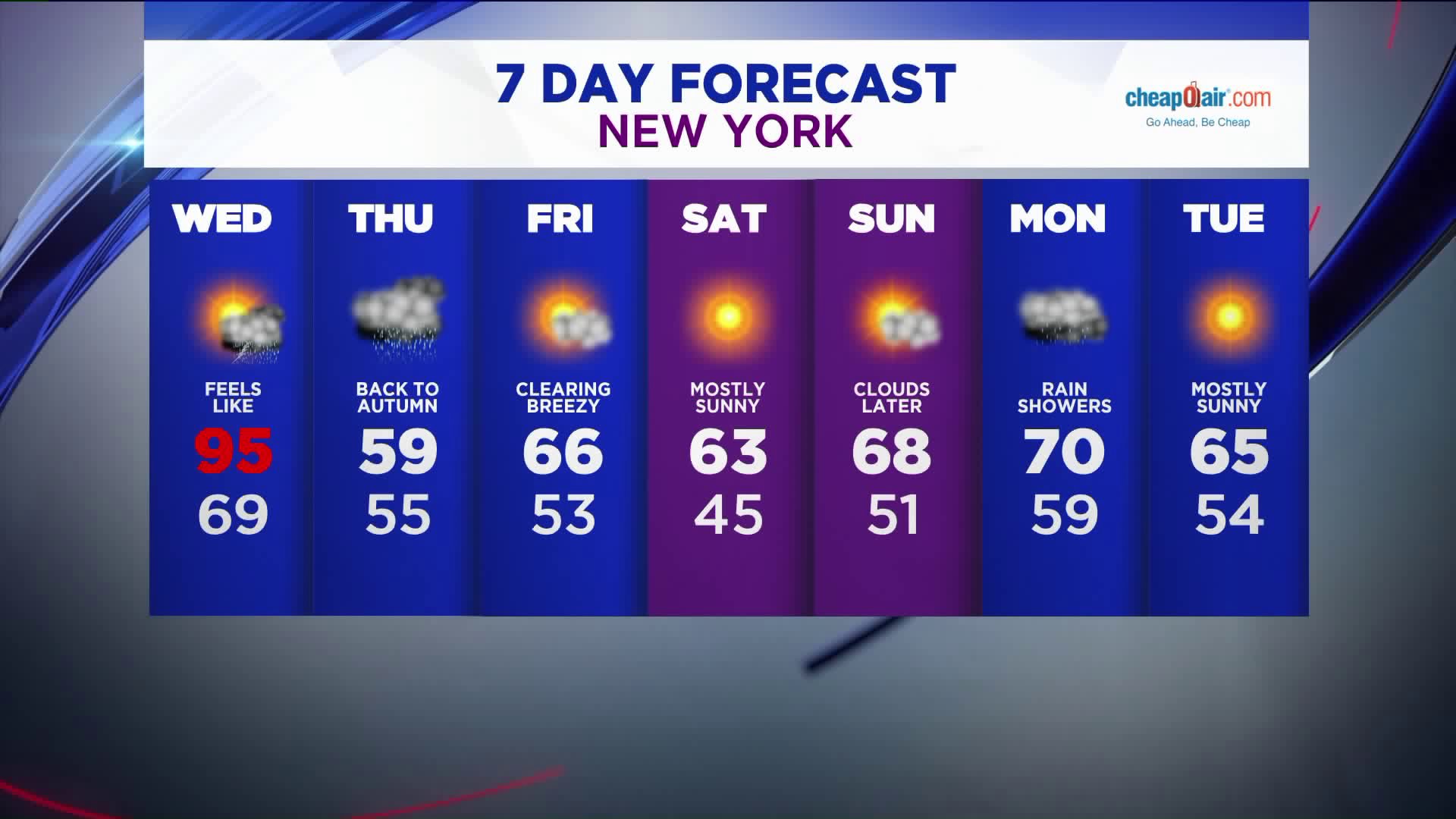 Things heat up one last time as we see temperatures reach the 90s! Don`t worry, it`ll be more seasonable by fall.

NEW YORK — We’re a little over a week into fall, but it looks like summer wants to make a quick comeback.

Parts of the United States are currently feeling some historic heat. There are 162 possible record highs and 164 record-warm lows (aka the lowest temperature is warmer than usual) forecast across the country.

The normal high temperature for this time is about 69 degrees.

The National Weather Service has been recording temperatures since 1868, and the last time NYC reached 90 degrees in October was in 1941.

Since 1868, there have been only five days in October that reached 90 degrees or higher, New York Times reported.

The National Weather Service is advising everyone to protect themselves from the heat: Drink water, apply sunscreen and dress in lightweight clothing.

NYC Parks increased Parks Enforcement Patrol presence at Rockaway Beach. Twelve additional officers have been assigned to the boardwalk to patrol the beaches. An FDNY harbor boat will also patrol the waters.

Since beaches have been closed to swimming, there are no Parks lifeguards on duty at city beaches. Signs posted warn visitors they should not swim when lifeguards are not on duty.

Over the heat? Don’t worry. It will feel more seasonable by Thursday — temperatures are expected to be around 59 degrees.