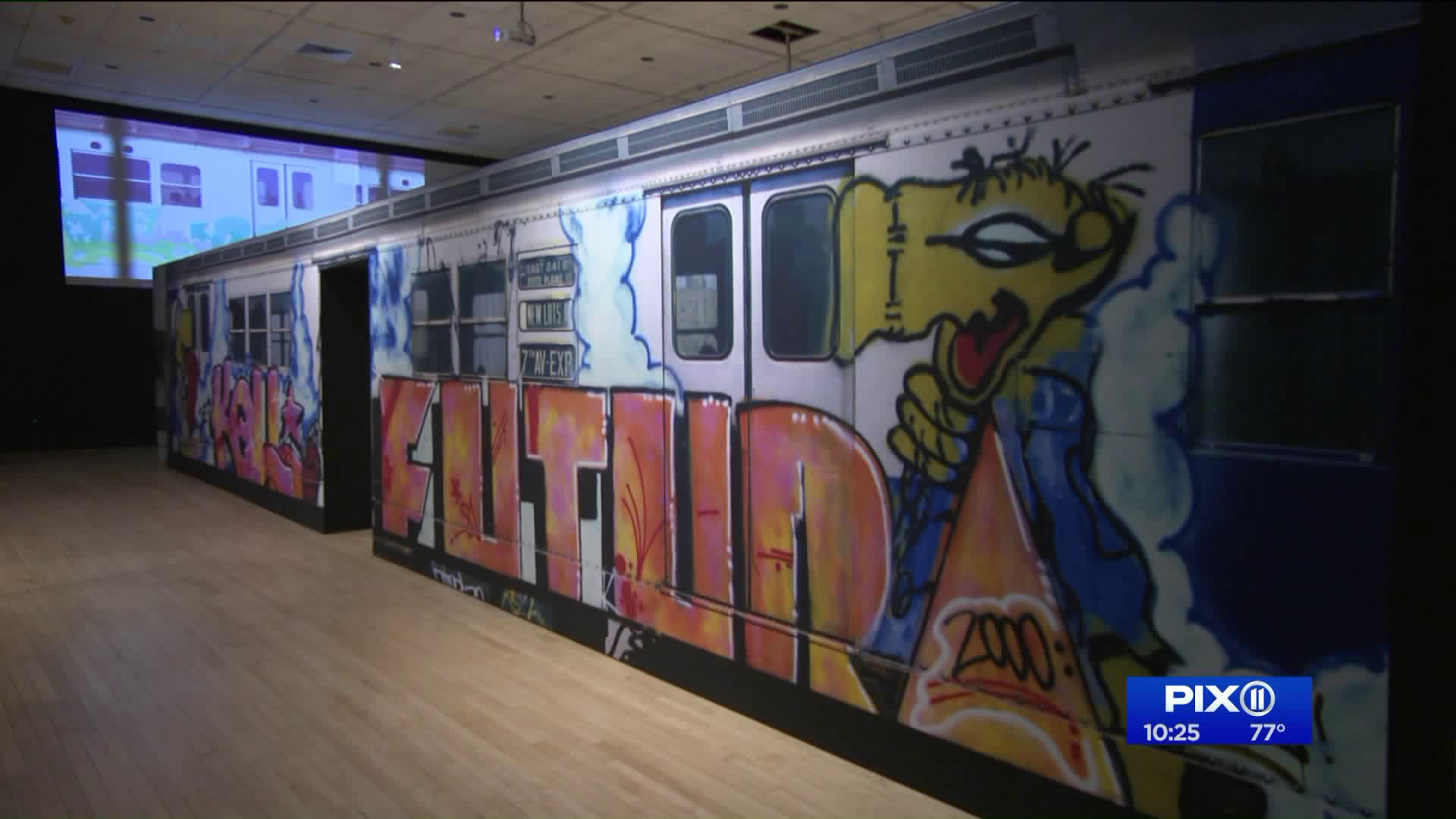 Trains covered in spray paint are parked in pictures at The Bronx Museum of the Arts.

THE BRONX — Trains covered in spray paint are parked in pictures at The Bronx Museum of the Arts.

A gallery is filled with pictures documenting the painted cars and creators of the traveling canvases.

The free exhibit is titled Henry Chalfant: Art Vs. Transit 1977-1987. Chalfant is considered to be along the most well-known and significant photographers of the trains.

Executive Director Deborah Cullen describes it as a "ephemeral" and "born out of frustration, social and economic."

"His work was crucial to document the work and allow the writers to see others and have conversation," she said.

It's mission is to showcase innovative contemporary art exhibitions and education programs and promote cross-cultural dialogues for diverse audiences.

The museum is located along Grand Concourse at East 165th Street. It runs through until the beginning of March 2020.

The MTA has been cracking down on artists who paint trains for years. The agency still spends thousands of dollars every year to clean paint from trains.