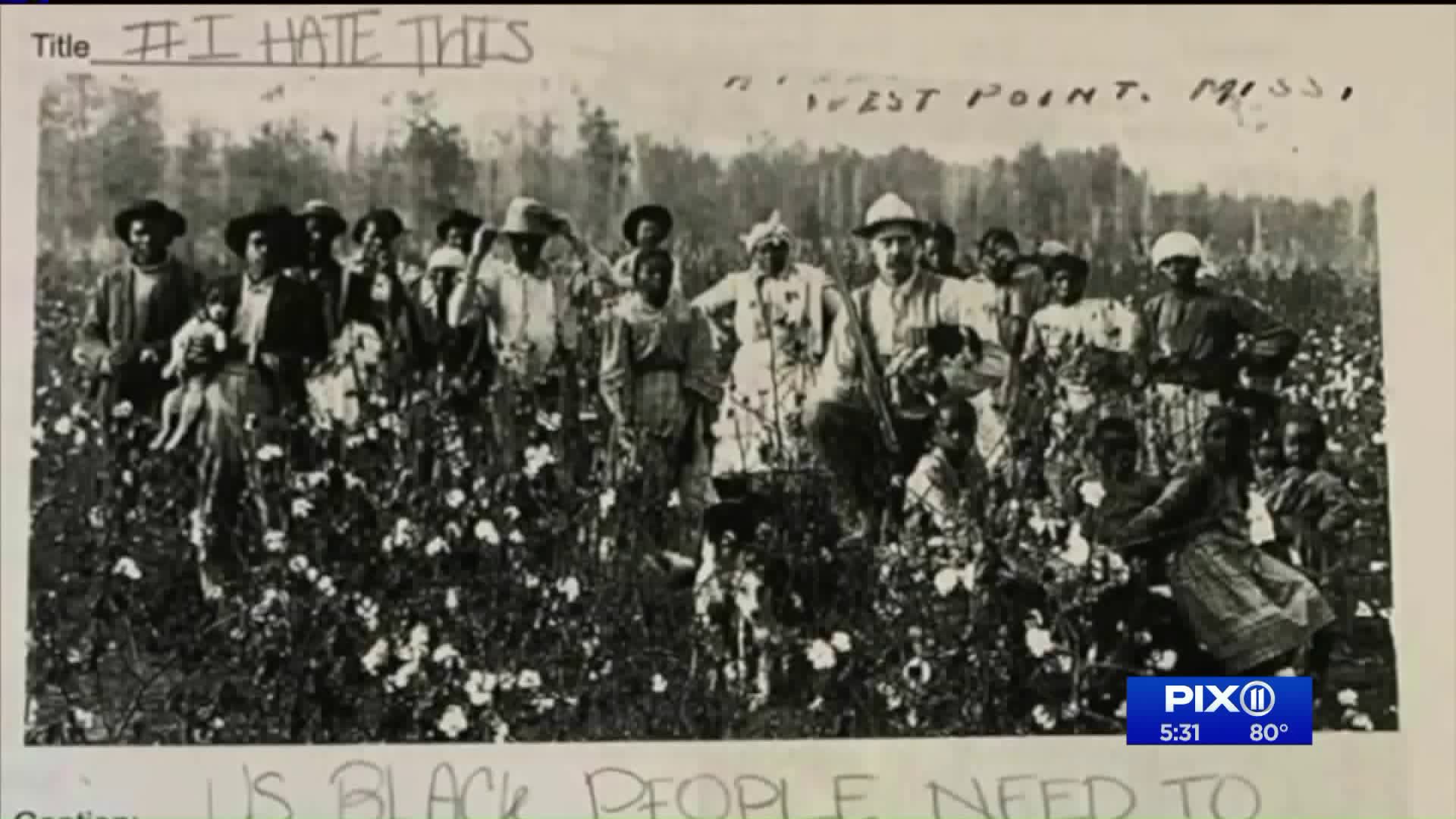 FREEPORT — They rallied and called for not only a teacher’s removal from the classroom, but to also take away her license to teach in New York.

Tuesday, concerned parents and grandparents from the Freeport Public School district on Long Island responded to one grandmother's post to Facebook, which brought to light what many called a disturbing lesson surrounding the Reconstruction Era. The district confirmed to PIX11, a Middle school teacher at J. W. Dodd Middle school told students to caption photos of African American slaves and to "make it funny" and "don't bore me."

“It was so insensitive to think she could take slavery and make it a joke.  There's nothing funny about it,” said Nadine Thomas, whose son is a 7th grader at the school.

Superintendent Dr.  Kishore Kuncham in a statement said the teacher's behavior is unacceptable and she was removed from the classroom and administratively reassigned, but declined to clarify further.

The teacher issued her own apology that was read aloud during a school board meeting last week, but that was not enough for community leaders, who are urging for the Governor and other elected officials to step in.

Governor Andrew Cuomo’s office did not respond to our request for comment. The New York State Education Department could not deny nor confirm the existence of an investigation surrounding this particular teacher.