One-on-One: Debbie Harry, Blondie band leader, on how NYC is a ‘magnetic force’ for her creativity 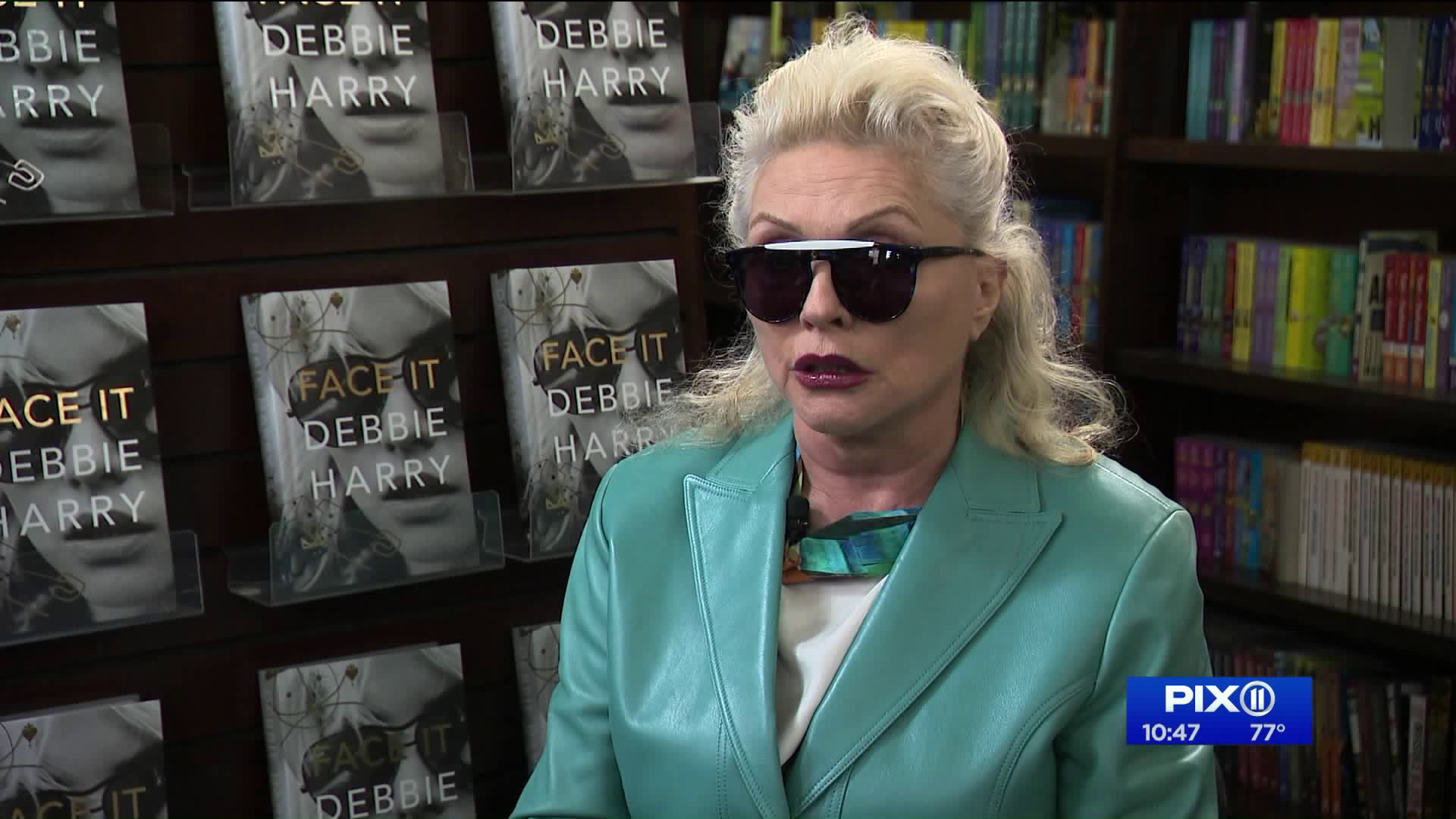 She ended up defining the sound and the look of New York for millions of people worldwide and with her band, Blondie, Debbie Harry topped the international music charts.

UNION SQUARE, Manhattan — She ended up defining the sound and the look of New York for millions of people worldwide and with her band, Blondie, Debbie Harry topped the international music charts.

She did so while coping with, and overcoming, some of the most challenging obstacles imaginable.

From drug abuse, to being raped at knifepoint, to escaping from a man she’s convinced was serial killer Ted Bundy, Harry candidly addresses many of the challenges she’s dealt with, in her new book, an autobiography. It's titled Face It, and was released on Tuesday.

“I feel I was a survivor from birth, and we all are,” Harry said in a one-on-one interview with PIX11 News.

The 74 year-old who was adopted at the age of three by a family from Hawthorne, New Jersey made her career across the Hudson, in Manhattan, immediately after finishing junior college.

“I wanted to live in New York my whole life,” she said. It was here that Harry built a distinguished life and career.

All were Number 1 hits in the Billboard Magazine rankings, but Billboard called “Heart of Glass” “one of the greatest dance songs ever made.”

“I'm very proud of the groundbreaking things we did,” said Harry.

She formed Blondie with her longtime creative and romantic partner Chris Stein, in 1975, when they were regulars at the legendary East Village nightclub CBGB.

It’s now a clothing boutique, having gone out of business after 33 years, in 2006.

Even though the Lower East Side, where Harry rented her first apartment in the mid-1960s for $65 a month, is now a neighborhood with million dollar apartments, Harry said that New York remains an engine of creativity.

"The city is always going to be this magnetic force for communication, and the arts, and for people," Harry told PIX11 News. "It's so intense, but if you crave intensity in your life, this is it," she added, pointing to the ground of New York City beneath her.

She went on to say that the city continues to empower and inspire her.

"We're gonna try to write and record," she said about Blondie, which continues to produce albums, and to tour.

It was evident at the Barnes & Noble bookstore here that people still want to see her. A capacity crowd filled a presentation space on the store's top floor for the book signing at noon on Tuesday.

She summed up her life so far this way: "I was in the right place at the right time, and met the right people. Thank you!" she exclaimed, with her hands outstretched above.