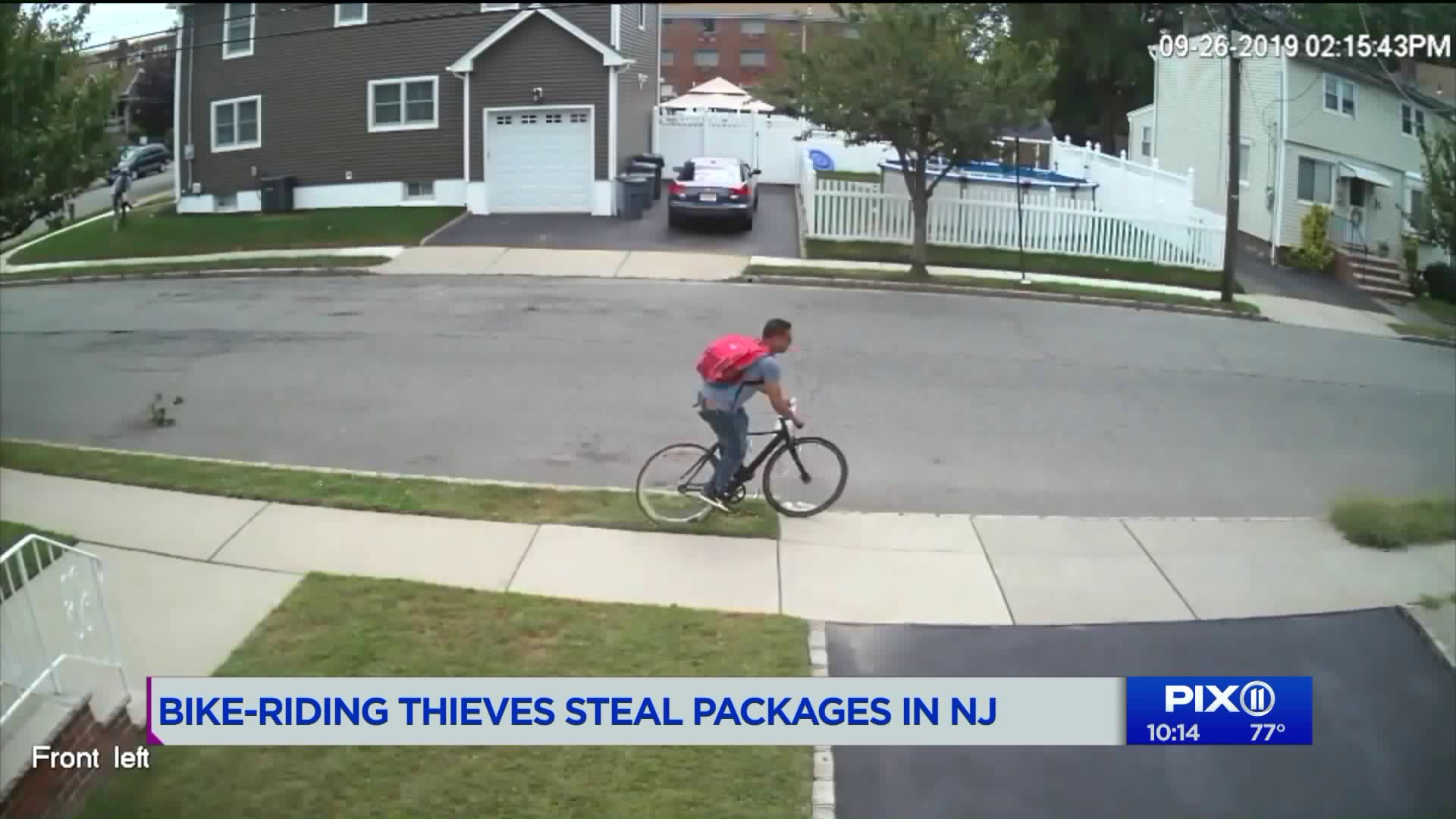 Bicycle riding porch thieves have residents in the Essex County town of Belleville on alert.

Belleville Police say there have been at least five incidents since September 27th.

The brazen hits have all occurred in broad daylight. Three young men caught on camera stealing packages from outside Belleville homes.

In one video, you can see one suspect riding up to the sidewalk, ditching his bike and going up to the porch, swiping the package. then pedaling away.

Other video shows all three suspects riding off with the goods in their backpacks.

The video is crystal clear and provides good images of the suspects.

One homeowner who does not want to be identified, spoke with PIX11. She says she is a victim of the thieves.

“It’s not the idea of how much the value of any of the packages were, it’s you feel violated someone actually came on to your property to steal something.”

She received an alert on her phone that her package was delivered. She arrived home just a couple of hours later and noticed the package missing. Her home surveillance system caught the men in the act.

“It’s shocking, first you see someone looking at your door, open the door, take the package, jump on his bike and take off, with others acting as a lookout.”

She provided the footage from her security system to police and her cameras also caught the trio ripping off one of her neighbors.

Police say they have received reports of missing packages in other Belleville neighborhoods as well. There have been as least five incidents in recent days, police believe by the same culprits.

Belleville Police Chief Mark Minichini has a message for the thieves. “For these suspects, beware you can run, but you cannot hide, we will get you.”

Porch thefts have become all too common but usually there’s an uptick around the holidays. Authorities say it’s a crime of opportunity.

“The customer should be letting a neighbor or family member know to pick up their package,” said Chief Minichini. “Leaving it out there for so long invites criminal opportunists.”

As for the homeowner we spoke with, it’s a total loss - her purchase will not be replaced by the company she bought it from.
She says she’s done ordering through the mail.

“I no longer will be getting anything delivered to my home it’s unfortunate you have to change your life due to people who have ill in mind.”

Belleville Police say they are increasing patrols, some patrols will even follow delivery trucks.