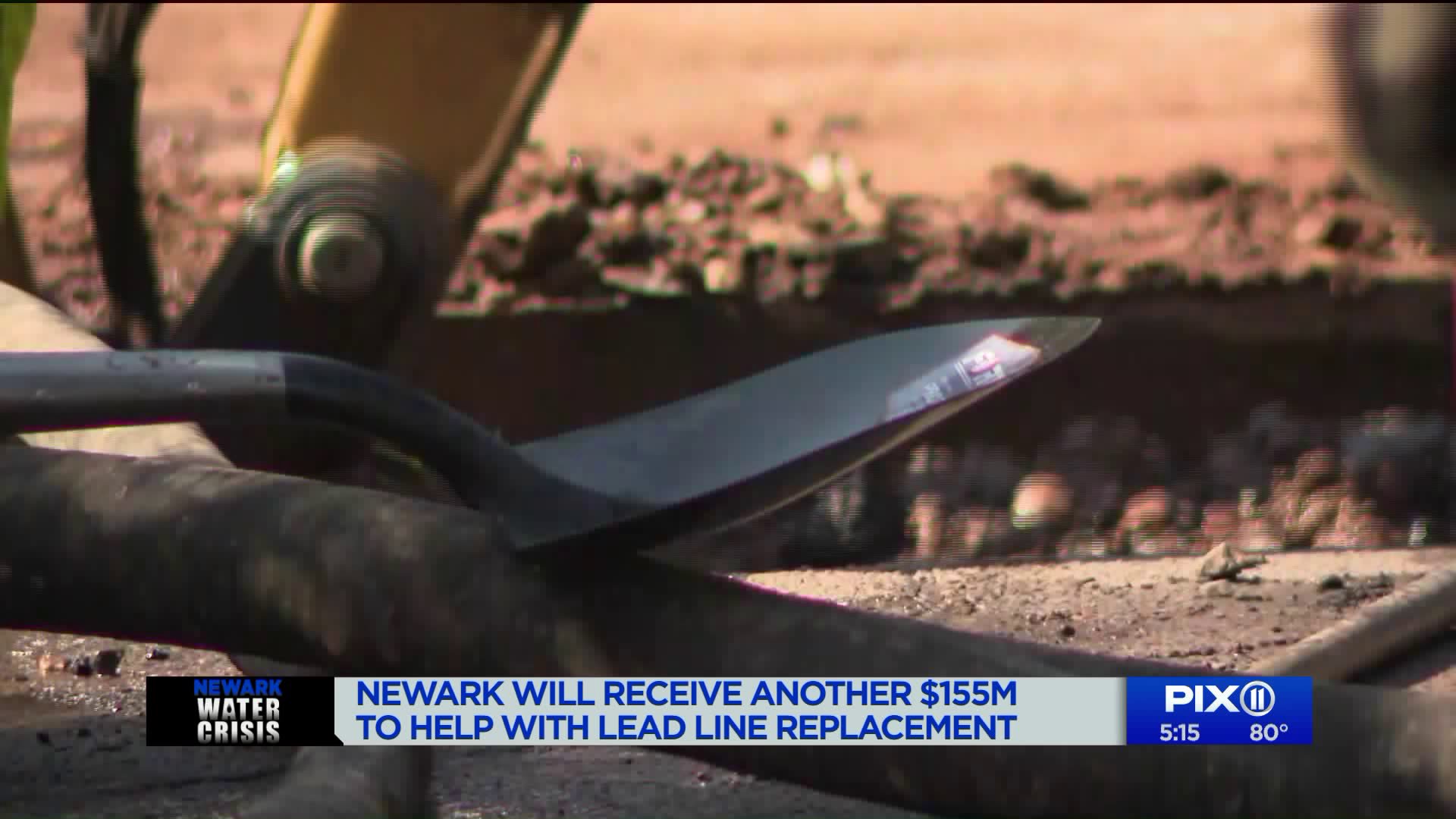 Newark`s mission to get the lead out just got a big boost.The Port Authority of New York and New Jersey will pay the city an extra $155 million dollars over the next 30-years as part of a new lease agreement.

NEWARK —Newark’s mission to get the lead out just got a big boost.

The Port Authority of New York and New Jersey will pay the city an extra $155 million over the next 30 years as part of a new lease agreement.

That additional cash will more than cover the entire loan the city took out to replace over 18,000 lead service lines.

Mayor Ras Baraka said this transpired at an opportune time and it will make a difference for the people who live in Newark.

"There is not gonna be an increase in their water bill and their taxes because of this," said Baraka.

The City of Newark took out a $120 million loan from Essex County to pay for the replacement of the of lead service lines after testing showed dangerously high levels of lead in drinking water.

The Port Authority runs the Port Newark seaport and Newark Liberty International Airport, which rely on Newark roads and utilities to function. They lease over 1,000 acres from the city.

The additional lease money will come in the form of $5 million up front and $5 million annually for the next 30 years, according to Mayor Baraka.

Workers are removing approximately 50 lead lines per day, according to the Mayor, and replacing them with copper.

"We’re the only city in America that is fixing their lead service lines without the help of anybody else," he said. "Raised their own money to pay the debt service at the same time in 24-30 months."

People who live in Newark welcomed the news of a cash bump from the Port Authority, but they said the lead line replacement would have had to be done at any cost.

"The main thing was to get new water, that was paramount. So everything else became minute," said one resident.

Newark has been distributing water bottles and filters for months.

The replacement of over 18,000 lead service lines in Newark is expected to take about 30-36 months.