Lower East Side is now a million dollar neighborhood 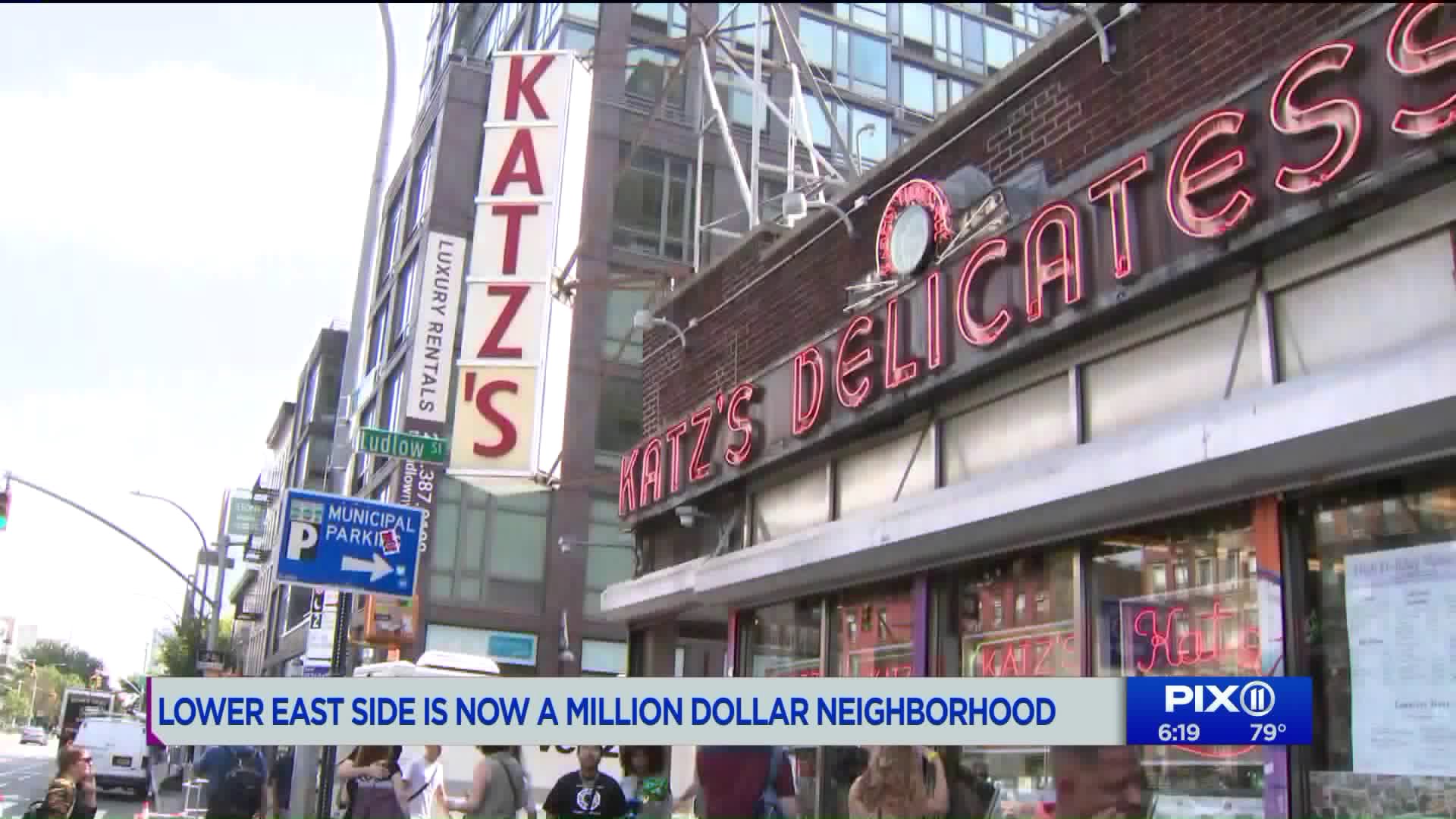 Just take a look around and it`s easy to see why the lower east side is now a million dollar neighborhood.

LOWER EAST SIDE, Manhattan — Just take a look around and it’s easy to see why the lower east side is now a million dollar neighborhood.

For some long-time residents, the new, sleek high-rises are a cause for concern.

“I’m not a million dollar person. I don’t like to think that I’m going to get run out of my own neighborhood,” said Natalie Pemberton, a lifelong resident. “I was born and raised here.”

Real estate website StreetEasy looked at the median sales price of homes throughout the city and ranked neighborhoods by price.

The median sales price in the lower east side: nearly a whopping $1.4 million. It’s now the eighth most expensive neighborhood to live in, pricier than places like the upper east and west sides.

“It’s for the better,” said Eze Bongo, a Lower East Side Resident. “I have a 3-year-old son that goes to school here. Twenty years ago, I would not bring him in this neighborhood but because it’s changed so much, this is the place to be”

The NYU Furman Center found last month that public housing, along with rent-controlled and stabilized units, have been able to help those who can no longer afford the prices on the LES stay.

The Two Bridges Neighborhood Council has worked with the city and developers on affordable housing in the neighborhood.

Some places like neighborhood staple Katz’s deli do remain but the prices are just a little different.